7 things you might have missed, or were missing in the Liberal platform 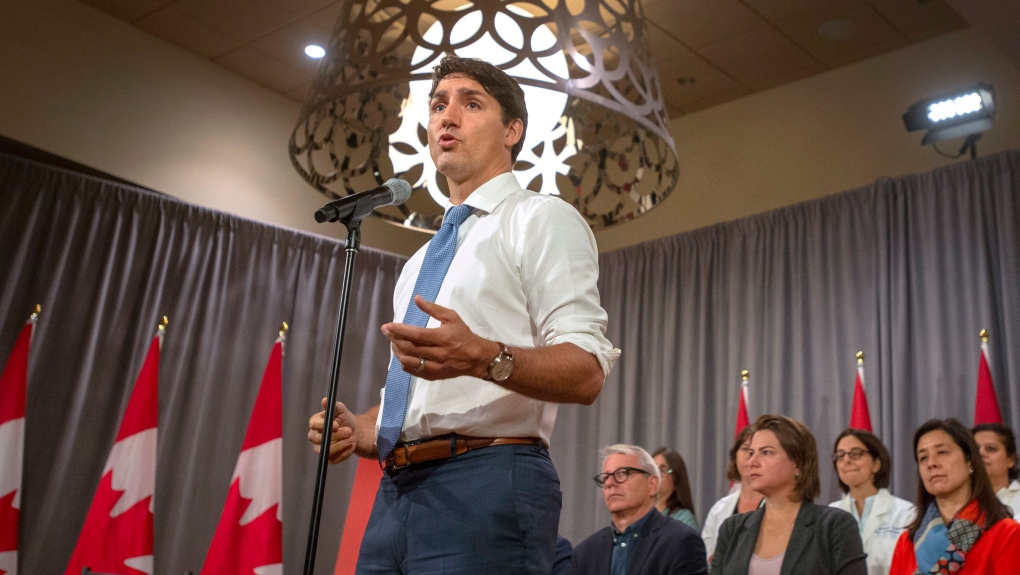 OTTAWA – The Liberal Party rolled out its 85-page costed platform on Sunday. It’s a mix of already-announced campaign promises and new ideas they had yet to announce, alongside a costing analysis done by the Parliamentary Budget Officer of some of the biggest commitments.

It includes promises of billions in new spending, while targeting corporations and the wealthiest Canadians to help pay for these proposals. You’ve likely read about the big-ticket highlights but here are seven things you may have missed, or that were missing within the Liberal book of promises.

When NDP campaigned on a $15/hour federally-regulated minimum wage in 2015, it was noted that minimum wages are set by provinces for about 94 per cent of workers.

Relatedly, the Liberals are also promising a new federal Family Day holiday. Right now the third Monday of February is already Family Day in some provinces.

The Liberals are proposing to introduce a “culture pass” that would be a $200 credit for Canadian children once they turn 12 to pay admission for theatres, museums, art galleries, and “other cultural venues and local Canadian content.”

Similarly, the Conservatives are promising to bring back a Harper-era Children’s Arts and Learning Tax Credit, a maximum of $500 per child for arts and educational activities.

The Liberals are promising to impose new privacy measures on large digital companies such as Facebook, because they hold massive troves of Canadians’ personal data. The Liberals would install a new set of online rights for people to be able to erase their data from platforms, know who has access to it and how it’s being used, standards for reporting and compensation when data breaches occur, and force companies to report to a national advertising registry. All of this they say, would be part of the job for a new Data Commissioner, “to help people feel more confident about and in control of their personal data,” the platform states.

The platform makes no mention of beefing up privacy requirements for federal political parties that hold comparable amounts of Canadians’ personal information and currently have zero oversight.

Asked at the platform unveiling whether this was essentially decriminalizing hard drugs, Liberal candidate and co-chair of the national platform committee Ralph Goodale didn’t outright say no, but explained that it is meant to break the cycle for young offenders and prioritize treatment.

“What we would like to see is more of these people intercepted at a point where they can still be treated more effectively as a health issue, as opposed to a criminal issue,” Goodale said.

There was zero mention of reviving the now long-broken promise of electoral reform. After vowing that the 2015 federal election would be the last held under the first-past-the-post system, the Liberals abandoned that promise a few years in, after studying it extensively.

In its place the Liberals point to a handful of tweaks to the parliamentary system, which would only impact the way the system in the House of Commons works, not the system that decides who gets to hold a seat there.

In a press release on Monday, Fair Vote Canada came out in support of the NDP and Greens who have made moving ahead with proportional representation a condition of their support in a minority Parliament. The Conservatives generally do not support electoral reform.

The Liberals would implement former Liberal cabinet minister Anne McLellan-issued recommendations around role and structure of the minister of justice position. Essentially, she said that no major reforms are needed. The roles of minister of justice and attorney general should stay as one job, but there could be stronger protocols around interacting with the cabinet minister wearing both hats, according to her federal government-commissioned report. This review was prompted by the SNC-Lavalin scandal, which is unsurprisingly not mentioned once in the platform.

Relatedly, nowhere in the platform are there measures to give the Ethics Commissioner powers to impose tougher penalties when federal ethics law is broken. Trudeau was found to have contravened that Act twice in his mandate.

As well, they’d study racism, anti-Semitism, and white supremacy in attempt to combat radicalization; and would take up a recommendation from the National Security and Intelligence Committee of Parliamentarians to develop a new approach to how Canadian security officials gather and maintain defence intelligence.