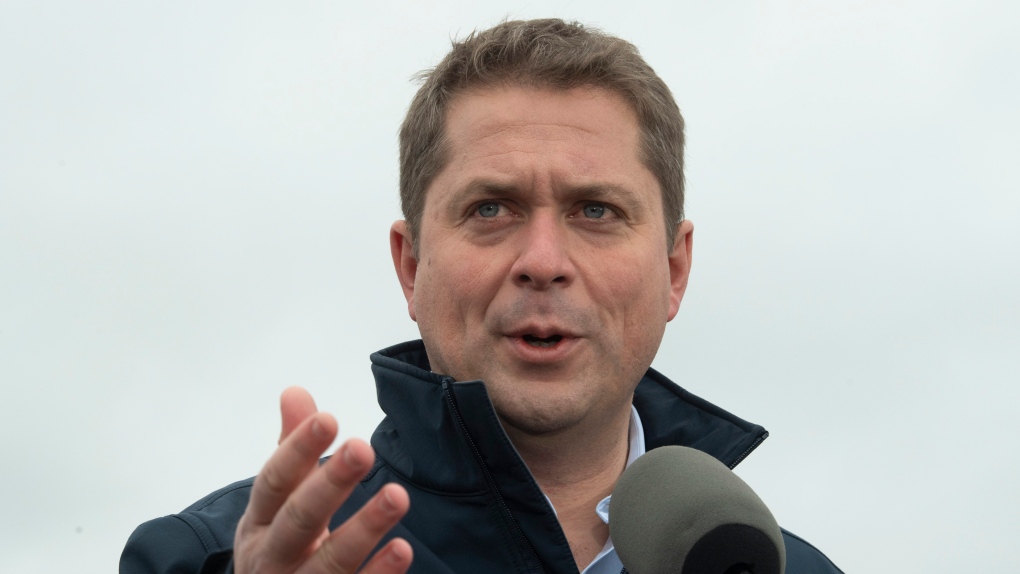 REGINA -- First Nations chiefs in Andrew Scheer's home riding say they haven't seen much of him in advance of Monday's federal vote, and feel like they're not a priority for the Conservative leader.

Scheer has represented Regina-Qu'Appelle since 2004. It's a sprawling urban-rural riding which includes the northern part of Regina, Fort Qu'Appelle to the northeast and 12 First Nations.

"The hugest downfall that Scheer has is he's been MP of this riding for how long, and he's come out to our community to try to engage with us once," says Piapot First Nation Chief Jeremy Fourhorns.

"Even at that, he's not very good at that people part."

The Conservative Party of Canada did not respond to requests for comment about the last time Scheer visited a First Nation or met with Indigenous leadership from his riding.

Scheer has yet to make a campaign stop in Regina-Qu'Appelle, but visited the NDP-held constituency of Saskatoon-West about three weeks ago.

David Pratt, a vice-chief with the Federation of Sovereign Indigenous Nations, representing 74 communities in Saskatchewan, recently tweeted that Scheer hasn't engaged with the riding's First Nations and said they'd like to speak with him on issues.

During a recent federal leaders debate, Scheer did answer questions on Indigenous matters. He said he supports preserving Indigenous languages and combating human-trafficking, but needs clarity when it comes to the United Nations Declaration on the Rights of Indigenous People.

At one point, Scheer made reference to his riding's 12 reserves.

Roberta Soo-Oyewaste, chief of Standing Buffalo Dakota Nation, which is one of the 12, says she doesn't know why Scheer would bring that up when he hasn't been in touch.

She says the entire election campaign hasn't included much discussion on Indigenous issues. That sends the message that First Nations are not a priority, she says.

Fourhorns adds the Liberals have done a better job building a relationships with Indigenous people and that leads people to question where the Conservatives stand.

"If our community isn't a priority, then that reflects on the Conservative Party of Canada that we're not a priority," she says.

The Assembly of First Nations reports that there's a record number of Indigenous candidates in this federal election and First Nations voters could swing the vote in nearly one in five ridings.

One of those is Scheer's riding, where Jordan Ames-Sinclair is running for the Liberals. He was born and raised in Regina's North Central neighbourhood.

"Being Indigenous, you know, this riding is very diverse and it needs representation for its Indigenous people and they felt like they haven't had it for a long time," he says.

"It kind of just drives me even more to push harder to win."

The New Democrats are running Raymond Aldinger, a youth corrections worker, and the Green candidate is Dale Dewar, a rural doctor and associate professor of family medicine with the University of Saskatchewan. Tracey Sparrowhawk is running for the People's Party of Canada.

Matthew Peigan, chief of Pasqua First Nation, says they have co-ordinated to have a polling station and get people out to vote.

Peigan says the last time he met with Scheer was in 2017. Before that it was in 2012 to discuss negotiations pertaining to a flooding issue, which he says Scheer refused to help with. He says both times they met were off-reserve.

"If it was a report card, I would give him a failing grade," he says.

This report by The Canadian Press was first published Oct. 19, 2019.