A Liberal, a Tory, and how racism became an issue for them in the 2019 election 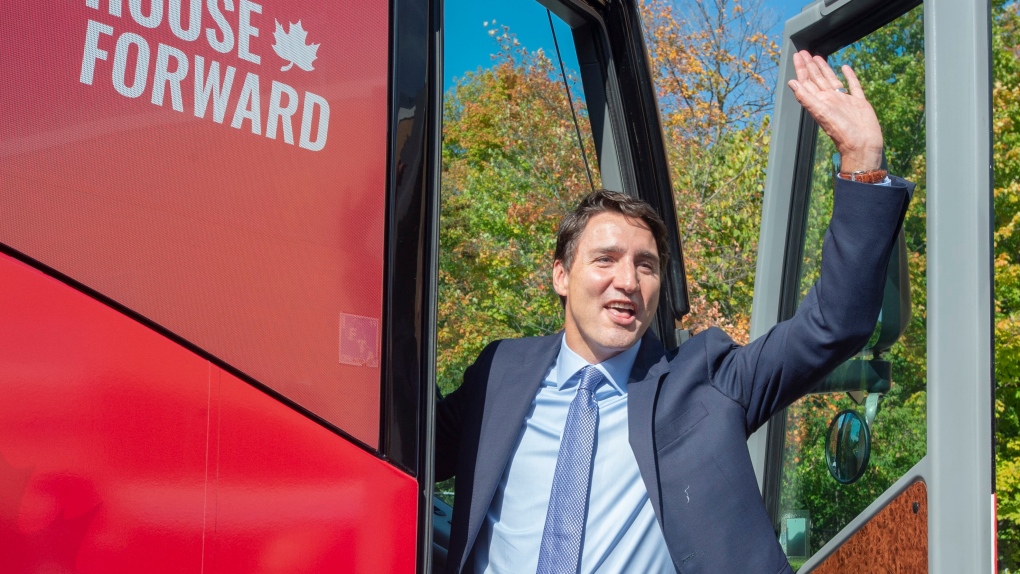 OTTAWA -- Ahmed Hussen and Abdul Abdi both came to Canada from Somalia as kids, both dedicated their early professional lives to public service, and both then chose to take that a step further and run for Parliament.

Both also reacted to photos of Justin Trudeau engaging in the racist act of wearing black- and brownface three times in his life with shock.

But Hussen is a Liberal, Abdi a Conservative. And their politics shaped how they responded, and how the challenge of tackling racism in Canada has become, for them, a campaign issue.

Hussen won the Toronto-area riding of York South-Weston in 2015 and became immigration minister in 2017.

Racist attacks again him have increased since he was elected. The most vicious have been online, including one that involved a photo of a gun, a stack of bullets and a racial slur.

But it also happens in person. Earlier this year, Hussen was rushing into the House of Commons when someone yelled at him to go back to Somalia. Recently, he was out campaigning and a voter told him that if wanted to win, he needed to change his name.

In those moments he feels nothing but weakness.

"When someone says that to you, yes it's just words, but it has consequences," he said.

Hussen says he fears racist ideas once confined to the fringes of the far right are becoming more mainstream, pointing to protest movements like the Yellow Vesters. He's also wary of his more mainstream political opponents, the Conservatives. Though the party -- and its leaders -- disavow past ties with controversial white-nationalist figures like Faith Goldy, he doesn't think they call out racism enough, especially when it comes from within their ranks.

All of it is corrosive to society, he says.

"That's the worst aspect of this," he says. "I don't like it individually but I worry about our country."

A week into the campaign, Hussen was just beginning a night of door knocking when he got a call from his party leader. In about an hour, a photograph would be published of the prime minister wearing brown face when he was a teacher in Vancouver. Trudeau wanted Hussen to hear it -- and an apology -- from him before the news broke.

It would take Hussen 24 hours to figure out how he'd react publicly. In the meantime, Trudeau admitted to an incident of wearing blackface as well. And video surfaced of a third.

Hussen says he was disappointed, he was hurt. He had no idea what to say to his wife or to his kids.

But in the end, he decided to judge Trudeau on his record, not just for partisan reasons.

He points to the Liberals' anti-racism strategy, backed by upwards of tens of millions of dollars for programs focusing on black mental health, black youth and other issues. But it's not just the money, Hussen says.

"It's not that he delivered these things, the process was also important," Hussen says. That process included lengthy engagement with members of the black community, and black MPs, which also led to the meaningful decision by Trudeau to recognize the UN's International Decade for People of African Descent.

But after the photos were published, what he was hearing about at the doors in his riding -- where the visible minority population is about 55 per cent -- did shift.

At homes belonging to African Canadians, what had once been discussions about housing prices and jobs morphed into demands for more action to address issues within the black Canadian community.

Between 2002 and 2012, the number of federally incarcerated black Canadians increased by 80 per cent, according to a federal government study. A 2016 Toronto study found the unemployment rate for black youth in Ontario was 28 per cent, twice the national average. The Conference Board of Canada found that in 2010, university-educated black Canadians earned about 80 cents for every dollar earned by their non-visible-minority peers.

"They are tough with me," Hussen says of his African-Canadian constituents.

In his riding of Ottawa West-Nepean, Abdi has seen first hand what it looks like when people lose hope. He's taken a leave of absence from his job as a police officer to run for office, his second attempt, after losing to a Liberal in 2015 in a riding that had elected Conservative John Baird for 10 years.

Ottawa grappled with a record-high number of shootings last year, and gang violence is most often cited by police as the source.

Before becoming a police officer, Abdi worked at the Boys and Girls club, serving as a mentor to young Somali-Canadians. Not long ago, out on the beat, he ran into a young man he'd come to know there. He asked him whether things were going well, whether he needed to worry. Nah, the man replied, everything is fine.

A few days later Abdi would hear he'd been shot to death.

That's why, Abdi says, though he knows the national Conservative campaign would like him to stick to the message of affordability when he meets people at their doors, the first issue he brings up every single time is security.

"You can look at the statistics on paper," he says.

"But some statistics you can just see: young black youth are getting impacted."

Abdi knows the Conservatives are running candidates accused of saying racist things in the past. He knows also that senior figures in the party, such as campaign chief Hamish Marshall, have past ties with the controversial media outlet The Rebel. And he is sometimes asked to answer for that at the doors, facing questions about whether his party is serious about ferreting out racism.

He says he'd like to see the leader, Andrew Scheer, bring forward more specific policy on the subject. Conservatives don't go in for big national strategies, he knows, but he thinks there are moves that would make sense -- scholarships, apprenticeships, targeted programs to empower black entrepreneurs and businesses.

But he says the party also needs to have more people like him in its ranks, driving the conversation forward on how to address systemic racism in Canada.

Abdi says he sloughed off Trudeau's apology for wearing black- and brownface because it wasn't followed by any further commitment to action.

He can't go home and wash the colour off his face at night, he says. To see the leader of his country just mock his experience that way hurt, but more so has risked turning race into an issue in this campaign for political reasons, not a sincere desire on anyone's part to effect change, he says.

About 10 houses into an hour-long canvass one warm morning, he is greeted by a woman who gives him a cautious up-and-down glance before asking: "are you from Somalia?"

Yes, he replies. I'm from Lebanon, the woman offers with a smile. And I love it there. But I love here, I love Canada, she says. Abdi visibly relaxes. "I do, too," he replies.

As he walks away, he takes a look back at the door.

"That's what conversations about where we all come from ought to look like."

This report by The Canadian Press was first published Oct. 2, 2019.