'Behind until proven otherwise:' Liberals facing uphill fight in Winnipeg 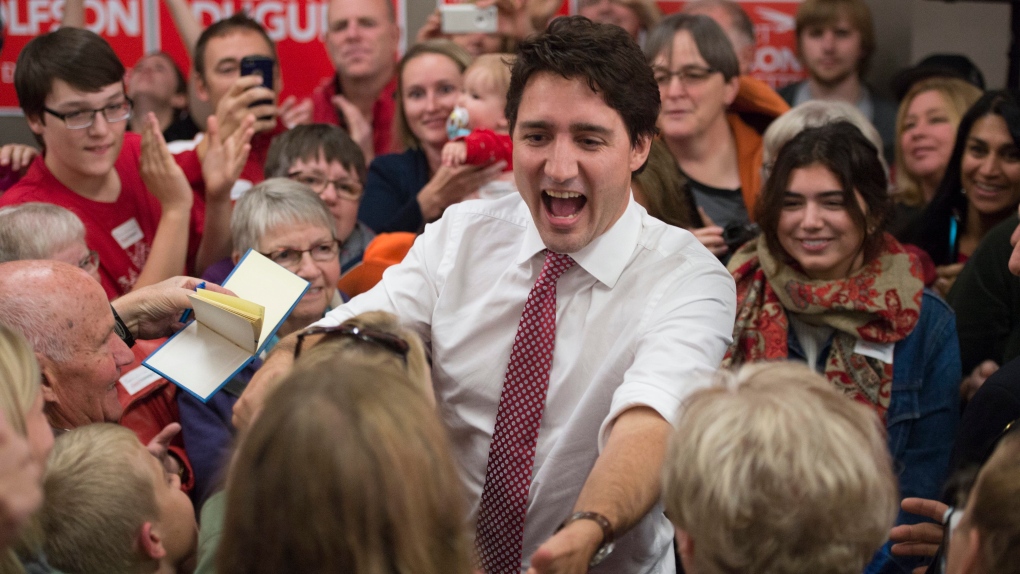 File photo: Liberal Leader Justin Trudeau greets supporters as he makes his way through a crowd at a campaign rally in Winnipeg on Saturday, Oct. 17, 2015. THE CANADIAN PRESS/Paul Chiasson

WINNIPEG -- The Liberal wave of 2015 was especially pronounced in Winnipeg, where the Grits took seven of eight seats in the city, including ones long-held by the NDP and Conservatives.

It was the kind of near-sweep that has rarely happened before in the Manitoba capital -- not since the Progressive Conservative collapse of 1993. And given recent polling, it's unlikely to be repeated this time, says one political analyst.

Royce Koop, head of the political studies department at the University of Manitoba, said it would be like skiing the hardest of mountain slopes.

"It would be a triple black diamond challenge for them to repeat that success in the coming election, based on where the polls are, based on what's happened in the last four years," he said.

Doug Eyolfson, a physician who took the Charleswood-St. James-Assiniboia-Headingley seat for the Liberals in 2015 and defeated Conservative incumbent Steven Fletcher, acknowledges that it's a tougher race this time around.

"In many ways, yes. There are of course challenges," Eyolfson said as he worked doorsteps in his west Winnipeg riding.

The seat was held by Fletcher for 11 years, and Eyolfson was initially not given much of a chance of snatching it. He was helped not only by Justin Trudeau's sharp rise in the polls as the election campaign wound down, but also by the sudden departure of the riding's NDP candidate, who was forced out over social media comments.

Other Tory seats, such as Kildonan-St. Paul, Winnipeg South and Winnipeg South Centre, also turned Liberal red. The Liberals also snagged Winnipeg Centre from the NDP's Pat Martin, who had held it since 1997. The only seat the Liberals didn't win in Winnipeg went to the NDP's Daniel Blaikie in Elmwood-Transcona.

This time around, the Conservatives, who already hold the majority of seats in Manitoba outside Winnipeg, are banking not only on more competitive national poll numbers, but also on the federal government's backstop carbon tax.

The levy has been implemented in Manitoba and three other provinces that rejected federal demands to establish their own carbon-pricing system. There are also federal income-tax rebates to offset the higher energy costs.

"I'm getting very negative feedback about the carbon tax. People are upset about it," said Marty Morantz, a city councillor who is carrying the Conservative banner against Eyolfson. Fletcher is also running again in the seat. But after being barred from the Conservative nomination, he's signed up for the People's Party of Canada led by Maxime Bernier.

Eyolfson is promoting a strong economy to voters, along with promises such as a national pharmacare program for prescription drugs.

Eyolfson said his approach is to take nothing for granted and pound the pavement. The seat has historically switched between the Conservatives and Liberals. Prior to Fletcher, John Harvard held the seat for the Liberals.

"The strategy is the same. We basically work very hard to get as much voter contact," Eyolfson said.

"Last time I ran as the underdog, and this time I'm basically taking the strategy that I'm well behind until proven otherwise."