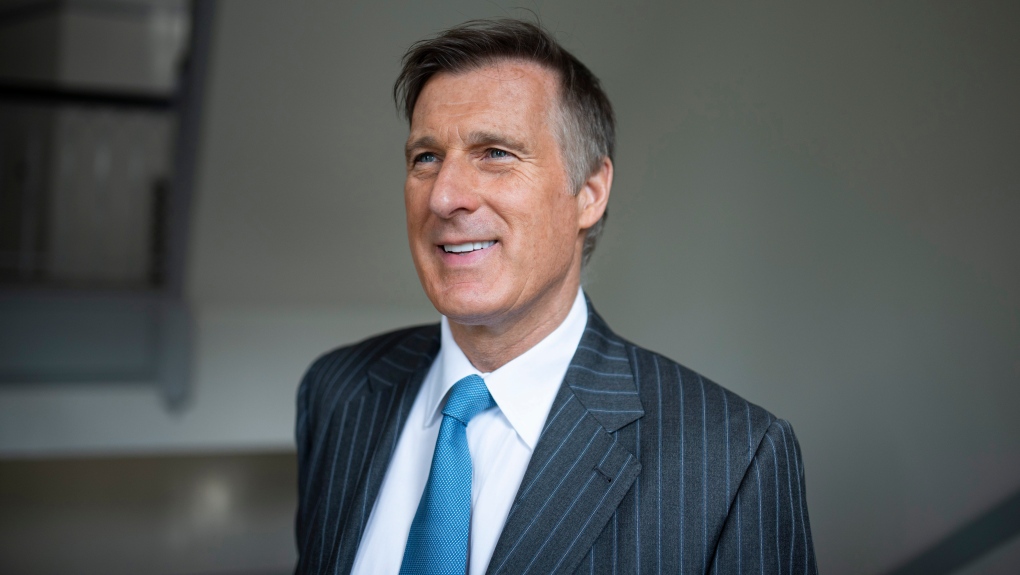 "I don't like what this young lady, Greta, 16 years old, is saying. I'm saying to Canadians, there is no climate emergency and no crisis," Bernier said about the Swedish girl's scolding of world leaders this week at the United Nations Climate Action Summit in New York.

Bernier, 56, has been criticized for tweeting that Thunberg is mentally unstable, but he later walked back the comment.

However, Thunberg's views are too extreme, he said in an interview on Wednesday.

"We cannot deal with public policy on panic and sentiment and fear," he said. "We must build public policies on reason and facts. I think the radical environmentalists are saying that because they don't want to have any debates about it. They want us to panic and to act. No, we won't do that and that's not the position of our party."

Bernier said more studies are needed to determine the cause of climate change, which he said is only partly due to human activities.

"Why not have more studies about the impact of the sun on our planet?" he said.

"I'm honest with the population on climate. The environment is shared jurisdiction with the provinces. They can deal with that. We won't sign the Paris agreement, we won't impose a carbon tax, we won't impose more regulation because we don't believe there's a crisis or emergency and that will it will be the end of the world if we don't do anything in 10 years."

Bernier said he doesn't believe his daughters Megan, 20 and Charlotte, 17, will participate Friday in student protests related to climate change, similar to those held a week earlier, based on anxiety created by the beliefs of "extreme environmentalists."

Kathryn Harrison, a University of British Columbia political science professor who studies climate change, said the consensus on the impact of climate change is so extraordinarily strong that the views of politicians who ignore the science are "frightening."

"I really hope that Canadian voters are hoping for better from their parliamentarians because so many issues turn on science," she said, adding rejecting evidence produced by countless peer-reviewed studies suggests experts can't be relied upon for other public-policy issues, including management of natural resources to benefit the economy.

Earlier Wednesday, Bernier began a speech in Surrey with protesters yelling "PPC, shut it down!" outside the hotel ballroom where a boisterous crowd frequently applauded his proposals to limit immigration.

Security officers barred a door before about a dozen protesters dispersed, some with signs in support of immigrants and refugees.

Much of Bernier's speech at a Surrey Board of Trade event focused on immigration, which he said requires a "discussion" that, unlike his opponents, he's not afraid of having in a democracy like Canada.

Bernier said he would slash immigration numbers nearly in half to about 150,000 people a year and 50 per cent of those would have to be "economic" immigrants, such as skilled workers and entrepreneurs.

He said he's against "mass immigration" but is not anti-immigrant and believes Canada should accept "real refugees," not those trying to enter Quebec and other parts of the country without crossing at official border checkpoints.

Bernier estimated 40 per cent of the approximately 45,000 refugees who have crossed into Quebec from the United States in the last several years will have to be deported.

"It's not me who's saying that, it's the Department of Immigration because they're not real refugees," he told members of the business community and the public at a Sheraton hotel.

His solution is to erect a fence at Roxham Road in Quebec, where many migrants cross because a road in New York state and one on the Canadian side are separated by just a few metres of brush, and to have RCMP officers stand guard to direct people to cross at an official border crossing, Bernier said.

He wants especially to discuss immigration issues with NDP Leader Jagmeet Singh at two leaders' debates next month, he said.

One of his supporters suggested Singh would label Bernier's policies as racist as several people in agreement laughed. A Survey suggests many Canadians want fewer immigrants, he said.

Bernier later told reporters he singled out Singh to have a debate on immigration because of the NDP leader's opposition to his stance.

"When he's saying that Bernier is having a hateful discussion, something like that, I'm not. I'm speaking about ideas," he said. "We're in a free country. We must be able to discuss that."

People who are against his proposals are the radicals, not those who support his party, Bernier said.