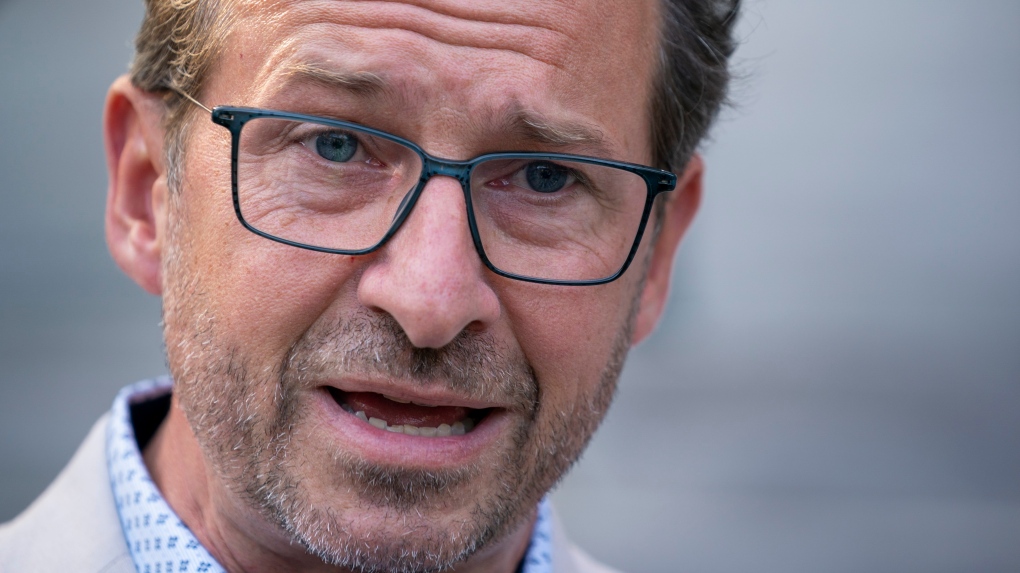 Bloc Quebecois Leader Yves-Francois Blanchet responds to a question during a news conference in Montreal, on Thursday, September 19, 2019. (THE CANADIAN PRESS / Paul Chiasson)

SAINT-BERNARD-DE-LACOLLE, Que. -- The Bloc Quebecois says Quebec should be able to override decisions made by Canadian immigration officials regarding whether failed asylum seekers can stay in the country.

Party Leader Yves-Francois Blanchet also called on Monday for Canada to impose a moratorium on deportations to countries where safety is in question.

Blanchet told a news conference in St-Jean-sur-Richelieu, south of Montreal, that Quebec's immigration officials should have the same power as their federal counterparts when it comes to deciding whether or not a failed refugee claimant can stay in the country.

People who enter Canada and apply for asylum can wait years for an answer, Blanchet said.

He discussed cases where asylum seekers had been in Quebec for years, were well-integrated and were selected for permanent resident status by the province -- only to be deported after Ottawa rejected their refugee application.

Blanchet added that Canada continues to deport people to Haiti, despite that country's violent political instability.

Earlier on Monday, Blanchet told a news conference in St-Bernard-de-Lacolle that the Safe Third Country Agreement with the United States should be put on hold.

The agreement requires asylum seekers to request refugee status in the first safe country in which they arrive, meaning people are not allowed to travel through the United States and seek asylum in Canada, or vice versa.

But there is a loophole in the agreement, permitting people entering Canada between official ports of entry to claim refugee status in the country, even if they could have applied in the United States first.

Over the past three years, RCMP have intercepted nearly 50,000 people crossing into Canada this way, the vast majority of them in Quebec.

Blanchet, speaking to reporters a few kilometres from a road used by thousands of asylum seekers to enter the province from New York State, said putting the agreement on hold would stop irregular border crossings.

The Bloc leader also called on the federal government to hire additional refugee board members to reduce a backlog of asylum applications.