'Brace yourself Canada': Nanos on where party support stands across country 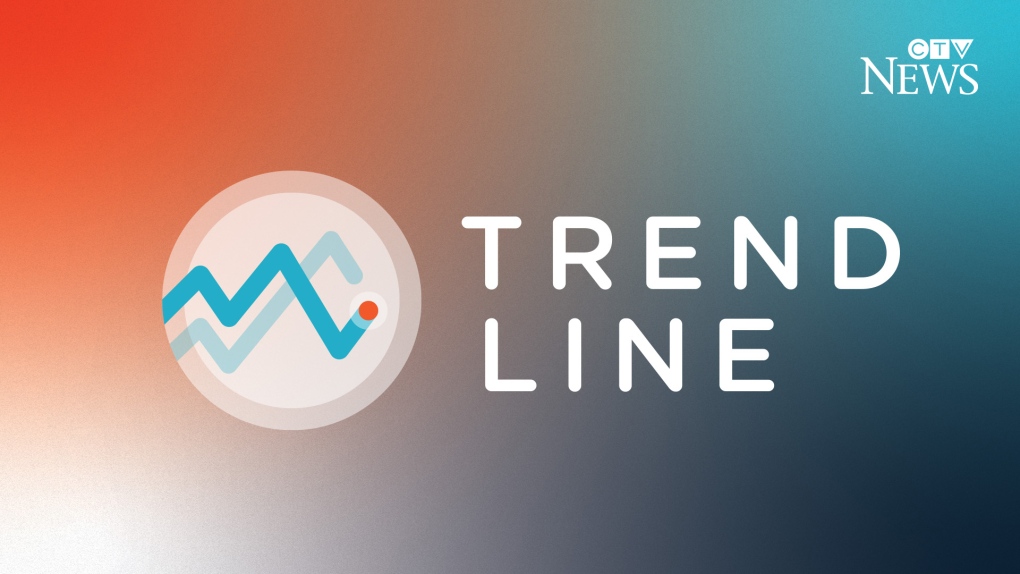 You can subscribe to Trend Line on Apple Podcasts, Google Podcasts, Stitcher, iHeart Radio and Spotify.

TORONTO - Four years after a red tide swept Atlantic Canada in the last federal election, the political landscape in the eastern provinces is “much more competitive,” with the Liberals and Conservatives in virtual dead heat, according to the latest Nanos tracking numbers.

And that’s not the only shift among voters in different parts of the country. In Quebec, support for the New Democrats currently sits at around 12 per cent. That’s a big drop since early September 2015, when the party -- led by Tom Mulcair -- tracked at nearly 48 per cent in the province.

“It speaks to the trouble that the New Democrats are in, in the province of Quebec,” Nanos said.“What Jagmeet Singh needs is for Justin Trudeau to falter in Quebec and for the Bloc Quebecois to falter because for a lot of those rural ridings, the NDP picked them up from the Bloc Quebecois and they voted NDP and now the Liberals are hoping to pick up those ridings.”

Nanos said the Liberals are currently enjoying “a very comfortable lead” in Quebec, with about 42 per cent support. The Bloc Quebecois, meanwhile, got “a little bit of a breath of life,” and is tracking at nearly 18 per cent, a few points higher than the Conservative Party.

It’s a much different story for the Liberals and the Conservatives in the Atlantic provinces. The latest Nanos tracking shows the two parties are currently neck-and-neck, with Liberals at nearly 37 per cent and the Conservatives at 38.5 per cent. The Greens and the NDP trail behind in the region with around 13 and 8 per cent support, respectively.

New Brunswick will be among the provinces to watch in Eastern Canada, Nanos said.

“In some of the modelling that we've done it suggests that the Conservatives are poised to pick up a number of seats in New Brunswick, most of them in southern New Brunswick,” he said. “In Nova Scotia the Liberals are still probably going to do well but it's a much tighter race in Nova Scotia.”

The New Democrats have run into trouble in New Brunswick, where 14 provincial party members and one federal campaign executive withdrew their support for the federal NDP this week. They said they will now be supporting the Green Party and its leader Elizabeth May in this fall’s election.

Over in Ontario, the federal Liberals still have “the upper hand,” with a six- or seven-per-cent advantage over the Conservatives, according to the latest Nanos tracking numbers.

Nanos said the Conservatives are still doing “very well” in small-town Ontario. But in order for them to get a winning breakthrough, they have to do better in what’s known as the 905 -- cities and towns in the Greater Toronto Area with that area code.

Meanwhile, the Conservatives are “enjoying a massive lead” in the Prairie provinces right now.

“Anywhere from about … 25 to 30 percentage points ahead of the Liberals and the New Democrats,” Nanos said. “Alberta is quite possible will be a Conservative sweep, the Conservatives will also do well in Saskatchewan although in some of the Nanos modelling that we have, Ralph Goodale is the little red dot.”

So far, the Liberal MP and cabinet minister could hold onto his seat in a sea of blue, Nanos said.

The possible federal election outcome in British Columbia, on the other hand, is more of a mystery.

“I call the B.C. trend line the spaghetti trend line and all the parties are intermingled and bounce around all over the place,” Nanos said.

While the Liberals currently have an advantage in B.C., tracking at 36 per cent compared to the Conservatives’ 26 per cent, other parties are still competitive in the province, Nanos noted. That includes the Greens, who have been gaining support and are currently tracking at just over 15 per cent.

“The thing to watch out for in B.C. could be vote splits. We could see a situation where the Greens pick up more seats, potentially on Vancouver Island,” Nanos said. “And then when we get off island think of potential votes split. So there's so many progressive choices for voters in British Columbia.”

Former justice minister Jody Wilson-Raybould is also looking to hang onto her seat in Vancouver-Granville, but as an Independent, after she was removed from the Liberal caucus amid the SNC-Lavalin scandal.

Given all the possibilities in B.C., the province may “hold Canada hostage in a positive way in terms of the potential election results,” Nanos said.

Overall, Nanos said it’s shaping up to be “a very interesting election” across Canada.

“Two words: buckle up,” he said. “There are a number of narratives, who will win, who will come third and there's still a lot up for grabs. So brace yourself Canada. It will be both perhaps exhilarating and repulsive for some of you.”

The Weekly Nanos Tracking is produced by the Nanos Research Corporation. The data is based on a dual frame (land + cell-lines) random telephone interviews using live agents of 1,000 Canadians using a four week rolling average of 250 respondents each week, 18 years of age and over. The random sample of 1,000 respondents may be weighted by age and gender using the latest census information for Canada. The interviews are compiled into a four week rolling average of 1,000 interviews, where each week the oldest group of 250 interviews is dropped and a new group of 250 interviews is added.