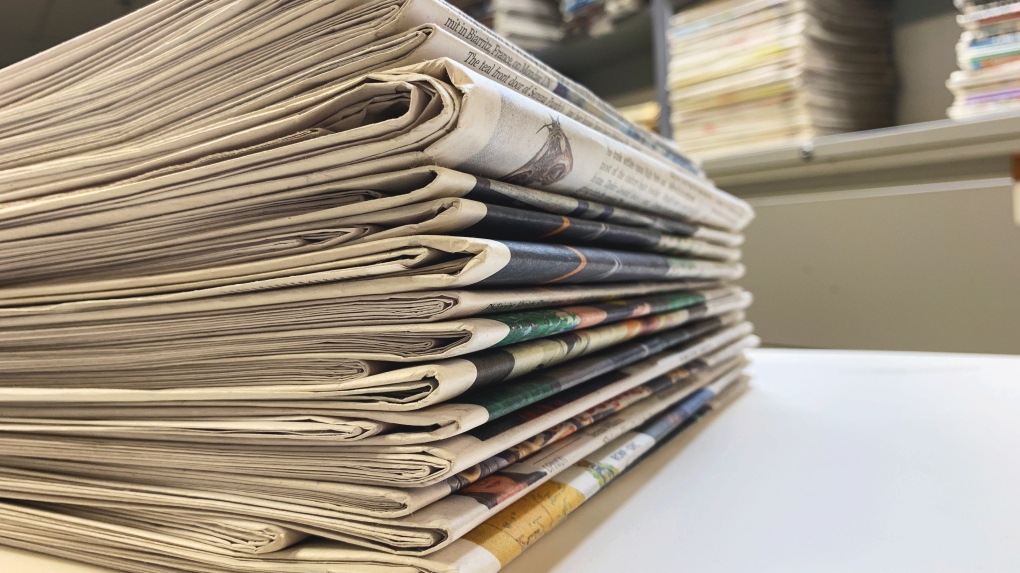 The Liberals’ pledge to roll out nearly $600 million in subsidies to select news media outlets is one of the most controversial spending plans of the government’s 2019 budget.

The initiative, aimed at supporting Canada’s journalism sector, was initially announced during the November 2018 fiscal update and expanded upon in the federal budget presented last March.

But the so-called “media bailout” continues to garner criticism, including from Conservatives who have accused the Liberals of trying to bribe the news media ahead of the October election, as well as those who question how such funding might impact journalists’ objectivity.

Here is what we know about the media fund and its ongoing controversy:

How will the funding be distributed?

An expected $595-million will be divided between three initiatives. The first, and most costly, will be a labour tax credit to bolster the salaries of working journalists.

Qualified Canadian journalism organizations will be able to claim a 25 per cent refundable tax credit on the salaries of eligible workers, subject to a cap of $55,000, for a maximum tax credit of $13,750 per employee.

The second initiative will allow not-for-profit news organizations to apply for charitable status, allowing them to receive donations and issue tax receipts to donors.

But the media fund doesn’t just apply to journalists and the news outlets that employ them. Canadians who pay for a digital news subscription from a qualified news media outlet will be able to claim a 15 per cent tax credit for a maximum of $75 per year for subscriptions purchased from January 2020 onwards.

The budget states that news outlets must be “qualified Canadian journalism organizations” (QCJO) in order to be eligible for the funding — however, the designation of a QCJO is still being determined by the government.

“Designation as a QCJO is a necessary condition for each of the tax measures, which will be administered by the Canada Revenue Agency (CRA),” read an emailed statement issued to CTVNews.ca by the CRA.

In May, a panel of industry experts, made up of representatives from eight media organizations, was assembled to provide feedback on how the funding should be distributed and who should be eligible.

A report tabled by the panel, referred to as the Journalism and Written Media Independent Panel of Experts, in July provided a number of recommendations on the criteria for news outlets to be considered eligible, including a commitment to journalistic principles such as verifying information and correcting errors.

“The Government is in the process of considering the recommendations of the panel, which will inform the process that will be put in place in the near future to administer these tax measures,” a CRA spokesperson told CTVNews.ca via email.

However, because the funding is aimed at bolstering the print news industry, CTV News and other major broadcasters will not qualify.

Who decides what outlets will receive subsidies?

When a news media outlet applies for a subsidy, the application will first be reviewed by the Canada Revenue Agency (CRA).

Should the CRA have questions about the eligibility of an outlet, a yet-to-be-chosen second panel of journalism experts from post-secondary institutions, separate from the Journalism and Written Media Independent Panel of Experts, will consult on a case-by-case basis.

News media outlets are not yet able to apply for the tax credits, although the salaried tax benefit will be retroactive from January 2019.

Canadian Heritage Minister Pablo Rodriguez maintains that the decision-making process regarding who will receive funding will be “transparent” and public knowledge.

The government also claims that the independent panel is crucial to ensuring there is no interference with press freedom.

What is the present state of the spending plan?

The government is still in the process of considering the recommendations issued by the Journalism and Written Media Independent Panel of Experts.

“A timeline for implementation will be officialised once the process is finalized,” a CRA spokesperson told CTVNews.ca via email.

The CRA added that news media outlets that may be eligible for the refundable tax credit of labour costs, and file their tax returns before the process is put in place, will be able to amend them later if they are designated as a qualified journalism organization.

What is the fuss about?

The media fund has ignited public debate about how it may impact journalists’ objectivity and has drawn the ire of Conservative party members who have accused the Liberals of trying to bribe the media before the election.

Those concerns were amplified when Rodriguez chose to include Unifor on the Journalism and Written Media Independent Panel of Experts. Unifor represents some 12,000 media workers, including some employees at CTV News. It has also billed itself publicly as “the resistance” to Conservative leader Andrew Scheer, calling it his “worst nightmare.”

In an emailed statement to CTV News.ca, a spokesperson for the Conservative party reiterated concerns about Unifor’s involvement in the panel, calling the move “especially concerning.”

“A healthy democracy relies on an independent press, free of political influence,” the statement added.

“It should never be up to any partisan political actors to pick winners and losers in the media in an election.”

Unifor has called the concerns an “intentional mischaracterization of a process designed to support Canada’s struggling news industry,” from a “rookie” leader. Scheer says this continued messaging validates his concerns.

Journalists have a professional responsibility not to involve themselves in activities that could create the perception of a conflict of interest. That includes refraining from engaging in partisan rhetoric.