Candidate nominations: Where the parties stand on day 1 of the campaign 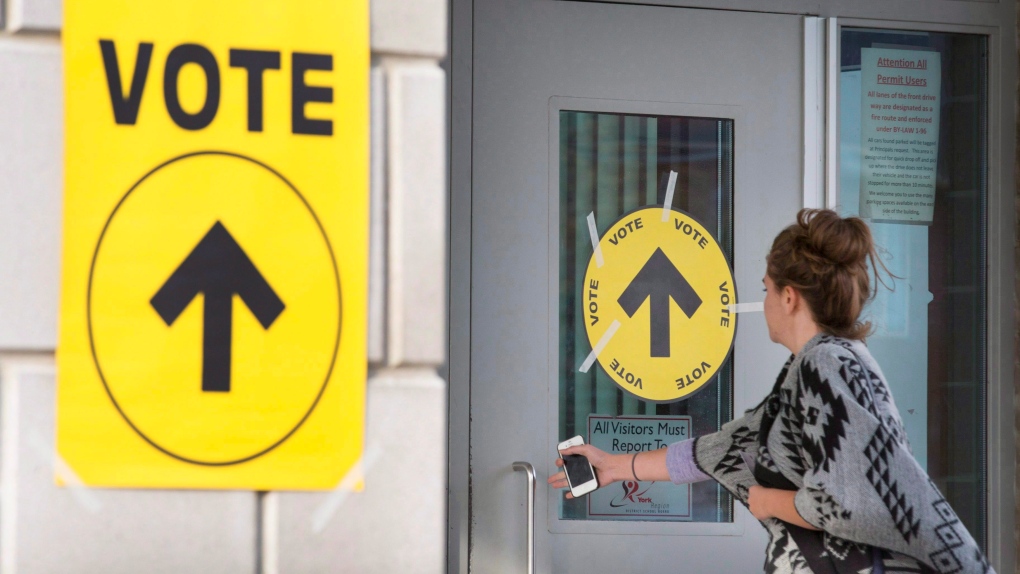 A woman enters Maple High School in Vaughan, Ont., to cast her vote in the Canadian federal election on Monday, Oct. 19, 2015. (Peter Power / THE CANADIAN PRESS)

Today marks the first day of the federal election campaign when parties officially begin pitching their leaders, platforms, and candidates to Canadians across the country.

Only one party – the Conservatives, led by Andrew Scheer – has a full candidate roster with representatives in each riding.

The NDP has been slow to recruit candidates. Their own leader Jagmeet Singh wasn’t nominated in his riding of Burnaby South until late August. Since then, two prominent Ontario candidates took themselves out of the running citing a slow vetting process.

The Conservatives and the Liberals have both touted their candidate roster for being rich in diversity.

"The Conservative team led by Andrew Scheer includes a record number of women candidates with 105, well ahead of the previous high of 68 in 2011. Conservative candidates in 2019 include Indigenous Canadians, LGBTQ+ Canadians, Muslims, Sikhs, Jewish Canadians, Christians, Hindus, Buddhists, and new Canadians including those who immigrated in the 2000s," according to the Conservative Party’s website.

As for Team Trudeau:

"Candidates include veterans, teachers, Indigenous leaders, LGBTQ2 advocates, entrepreneurs, scientists, first responders, Olympians and Paralympians, experienced Parliamentarians, and more -- all working hard to build a better future for their communities," said Braeden Caley, head of communications for the Liberal Party of Canada in a statement to CTVNews.ca.

The NDP, meanwhile, say their slate so far is made up of more than 50% women, 25% racialized candidates, 8% LGBTQ2+ and 8% Indigenous.

"Jagmeet has been very clear that our process takes longer because ridings actually have to seek candidates that identify as women and other equity seeking groups and that work takes time," the NDP’s Director of Communications Melanie Richer told CTVNews.ca.

As per Election Canada guidelines, each party has until September 30 at 2 p.m. local time to fill out their candidate list. As such, Canadians can expect to see a full lineup of prospects from each party by the end of the month.