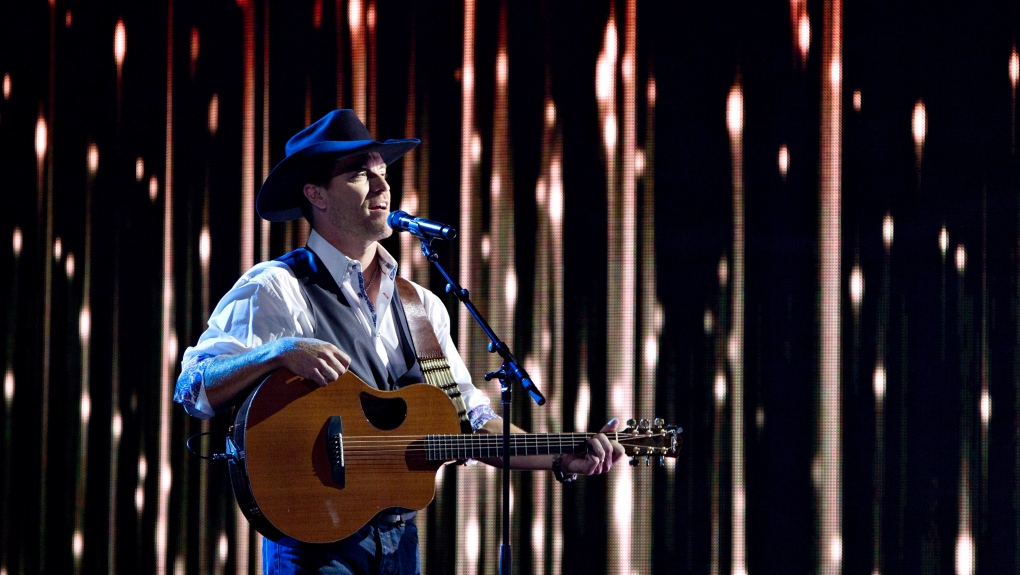 HALIFAX -- With his lantern jaw and big cowboy hat, country music star George Canyon is hard to miss as he campaigns for votes in rural Nova Scotia.

As the rookie Tory candidate strides from door to door in Liberal-held Central Nova, voters are quick to greet him by name, even though he didn't join the electoral race until late August -- a last-minute recruit who replaced the original candidate soon after he withdrew for personal reasons.

It's clear that Canyon, who grew up in the riding and later moved to Calgary when his career took off, has name recognition on his side in this traditional Tory stronghold, currently held by Liberal Sean Fraser.

"He's an entertainer who is well-known within the region," said Jim Bickerton, a political science professor at St. Francis Xavier University in Antigonish, N.S.

"That will win him attention that he wouldn't have gotten otherwise ... Name recognition is really important in politics, especially when you're trying to unseat an incumbent."

The 49-year-old singer-songwriter, who was born in New Glasgow, N.S., could not be reached for an interview.

Known as Fred Lays before he changed his name, Canyon has been criticized as a political lightweight and parachute candidate, but Bickerton said that's unfair.

"This guy has roots and he's a local hero," he said, noting that many of the riding's residents are aware that Canyon's 13-year climb to the top started in the small halls and bars in northern Nova Scotia.

Despite the riding's decidedly Tory lineage, an aggregation of recent polls is suggesting a tight race between Canyon and Fraser, a 35-year-old lawyer who was appointed as parliamentary secretary to Environment Minister Catherine McKenna in September 2018.

In 2015, Fraser won the riding with a whopping 58 per cent of the popular vote.

He said he's not worried about taking on a celebrity who is practically a household name.

"The fact that there is a candidate with profile running against me doesn't change our approach," Fraser said in a recent interview. "We're feeling confident because we've been engaging community members for four years and serving them well."

Since the 2015 election, Fraser has earned kudos for helping secure $90 million in funding for the twinning of a particularly deadly section of Highway 104, and delivering another $30 million for the expansion of St. Francis Xavier University.

"He has not made a misstep as a first-term MP," Bickerton said, describing Fraser as an affable politician with the skills of a seasoned glad-hander. "He's done an outstanding job, in my opinion .... He's definitely future cabinet material if he can hang onto this riding."

According to Fraser, the top issue for voters in Central Nova is the declining state of health care, which has been a hot-button topic across the province for years.

"We've heard consistently that people care about the health-care system in Nova Scotia, specifically the need to recruit more family doctors and the cost of medication," said Fraser, adding that protection of the environment and climate change are also top-of-mind issues.

As well, one of the most divisive issues in the riding is the precarious fate of the Northern Pulp mill near Pictou.

The 50-year-old mill, which employs more than 300 and supports thousands of jobs in the forestry sector, has been ordered by the province to stop pumping effluent into Boat Harbour near the Pictou Landing First Nation by Jan. 31, 2020 -- or face a legislated shutdown.

The mill's owners have asked for a year-long extension, saying they are still working on a plan to move the effluent discharge pipe to a spot where it would empty directly into the Northumberland Strait -- a proposal that has prompted a wave of angry protests from fishermen and environmental groups.

Green candidate Barry Randle and NDP candidate Betsy MacDonald have both said they are opposed to extending the deadline or allowing the mill to dump wastewater into the strait, putting them at odds with residents who want to keep the mill and its high-paying jobs.

"Northern Pulp has had time to find a solution and that time is running out," MacDonald told a recent candidates debate.

Randle was more blunt: "I think mills close in communities all the time," he told CBC. "It's an unfortunate fact of life."

Fraser said if the decision was up to him, he would reject the company's request for an extension and he wouldn't approve the project, based on the documents the company has submitted. However, he stressed that a pending federal environmental review would be key to deciding the ultimate course of action.

"We are in the middle of a science-based process, and I'm interested in what the scientists have to say," he said, adding that he has spent the past three years trying to make sure the project does not pose a threat to the environment.

"Given the advice that I've received, if the decision was mine, we don't have enough information to approve this project because we can't say that it's safe," he said.

For his part, Canyon initially said he didn't have enough information about Northern Pulp to make an informed comment. But on Wednesday, speaking at an all-candidates debate in Merigomish, he said he wouldn't consider a deadline extension unless the Pictou Landing First Nation approved.

Canyon had until recently identified as a member of the Eastern Woodlands Metis Nation, but he said in a statement Sunday that he no longer does after unspecified issues with the organization were brought to his attention. He said he continues to be proud of his Mi'kmaq heritage.

Though Canyon's candidacy is getting plenty of national attention, he is hardly the first star candidate to make the rounds in Central Nova, a sprawling district that includes much of Nova Scotia's eastern shore and extends through the middle of the mainland to encompass New Glasgow, Antigonish, Stellarton and Pictou.

In 1983, the new leader of the federal Progressive Conservative party, Brian Mulroney, won a byelection when Tory MP Elmer MacKay stepped aside for one term.

MacKay, who would later become a senior cabinet minister, first won the riding in 1971 and -- aside from Mulroney's temporary stay in 1983-84 -- held the seat until 1993 when Liberal Roseanne Skoke was elected amid a virtual Liberal sweep of the province.

In 1997, the riding was partly dissolved into Pictou-Antigonish-Guysborough, which MacKay's son Peter won and held until 2004 when Central Nova was reborn as a riding. The younger MacKay -- a high-profile cabinet minister in Stephen Harper's government -- held the riding until 2015.

In the 2008 general election, Green party Leader Elizabeth May contested the riding -- her fist bid for federal office. Her failed campaign attracted national attention, partly because the Liberals under Stephane Dion chose to support her by not nominating a candidate.

Still, Bickerton suggested that Central Nova's reputation as a Tory bastion may have more to do with the MacKay dynasty than the Conservative brand, noting that the area has been known to support the NDP at the provincial level.