Conservatives, Liberals gripped in a tie for the lead in national support: Nanos 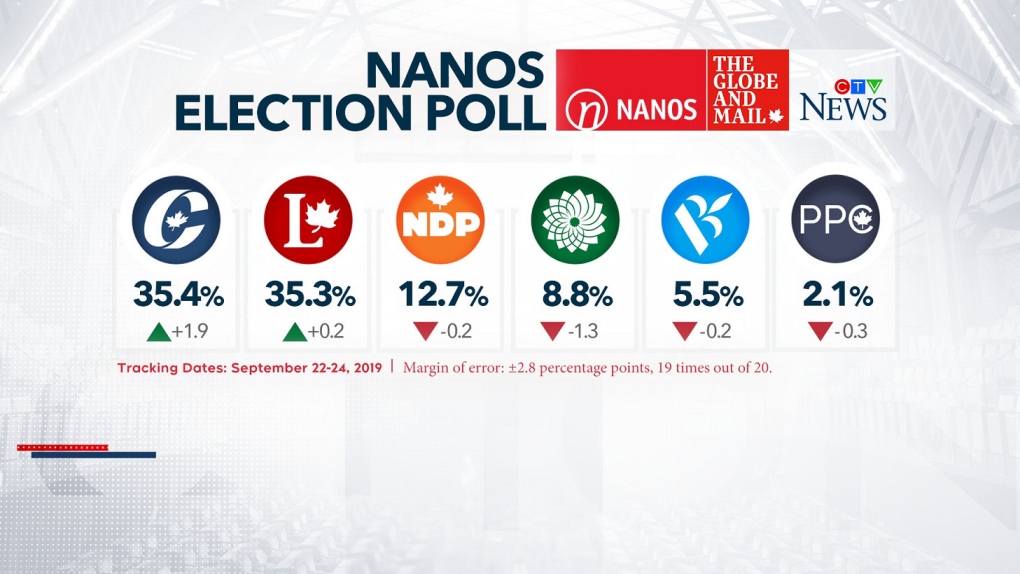 The Conservatives and the Liberals are gripped in a tie for the lead in national support, according to Nanos Research.

You can subscribe to Trend Line on Apple Podcasts, Google Podcasts, Stitcher, iHeart Radio and Spotify

TORONTO – The Conservatives and Liberals are gripped in a tie for the lead in the latest daily tracking numbers from Nanos Research.

"Neither of the two front-running parties has the upper hand," pollster Nik Nanos said on the Trend Line podcast Wednesday morning. "It's pretty clear that Canadians are unsure who they should give a tip-of-the-hat to on this campaign."

"Right now we're in minority government territory," said Nanos, adding that the number of seats the Bloc wins in Quebec may determine which party forms the next government.

Listen to the Trend Line podcast for more insight and to see how the parties are doing on an interim report card from Nik Nanos. New episodes are released every Monday, Wednesday and Friday. You can listen wherever you get your podcasts.