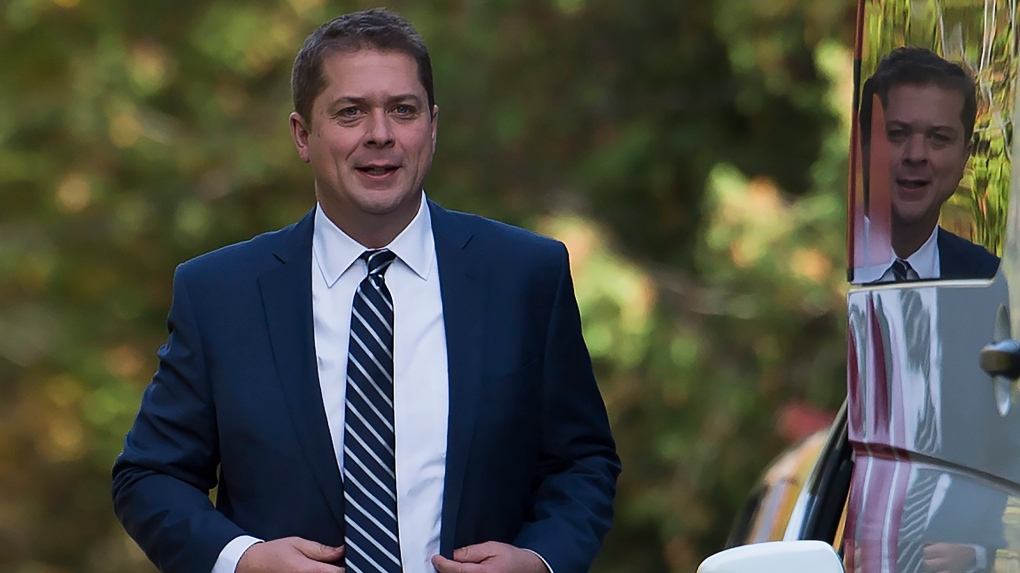 Conservative leader Andrew Scheer walks down Roxham road to make his morning announcement at the Canada/USA boarder on Roxham road during a campaign stop in Lacolle, Que. Wednesday, October 9, 2019. THE CANADIAN PRESS/Jonathan Hayward

OTTAWA – The federal Conservatives and the NDP are both releasing their costed election 2019 campaign platforms on Friday, CTV News has confirmed.

Conservative Leader Andrew Scheer has faced questions throughout the campaign about when the cost of his package of promises would be made public. He had earlier signalled that it would come "with plenty of time" for voters "to make up their minds before they vote."

Similarly, NDP Leader Jagmeet Singh also said his costed plan was coming soon. Sources have confirmed that on Friday the NDP will provide “costing details for its party platform.”

Advance polls open at 9 a.m. on Friday and run through to Monday, Oct. 14 across the country.

In June, Singh rolled out a "commitment document" called a "New Deal for Canada" that spans 109 pages and covers the party's position on a range of issues, without costing.

Both the NDP and Conservatives have been rolling out planks of their platforms over the 30 days the federal election campaign has been underway. The Liberals released their full platform on Sept. 29.

Scheer has alleged that the Liberals' platform is not a full platform because not every promise within it was costed. The key items in the Liberal platform —which spans 85 pages and includes a mix of already-announced campaign promises and new ideas— were assessed by the Parliamentary Budget Officer (PBO) and amount to billions in new spending.

The Conservatives have also said they are using the PBO to assess the cost of their commitments.