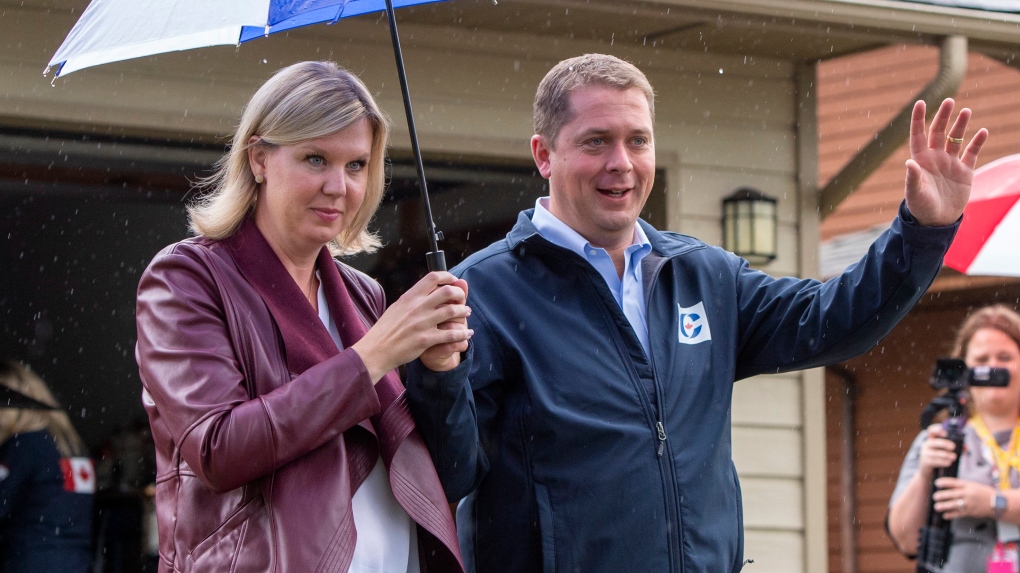 TORONTO -- Conservative Leader Andrew Scheer announced that he will cut taxes for the lowest income bracket and save Canadians hundreds of dollars a year if he’s elected prime minister.

On Sunday, Scheer promised he would reduce the tax rate on the lowest income bracket from 15 per cent to 13.75 per cent.

The Conservatives say the tax cut could save an individual $440 on their taxes, while a two-income couple would save over $850 per year.

During a campaign stop in Surrey, B.C., he told reporters he’s committed to balancing the budget over a “responsible” five-year period.

“We are going to get back to balanced budgets while we find ways to lower taxes and put money back in the pockets of Canadians so they can get ahead,” Scheer said. “I’ve made the commitment that while doing that, funding for important services like health care and education, continue to increase by at least 3 per cent.”

The tax cut would be introduced gradually – starting in 2021 by reducing the rate to 14.5 per cent to a full implementation by 2023.

Political analyst Michael Geoghegan told CTV News Channel that the tax cut is “sensible,” however, he thinks it’s going to be a real challenge to balance the budget.

“It is puzzling that we have people making less than the poverty line and still expected to pay a sustainable amount in income tax so I think that helps,” he said. “But unless there’s economic growth, it’s going to be hard to balance the budget.”

Scheer added that his party will release a fully costed platform soon that will show Canadians how they’re going to balance the books.