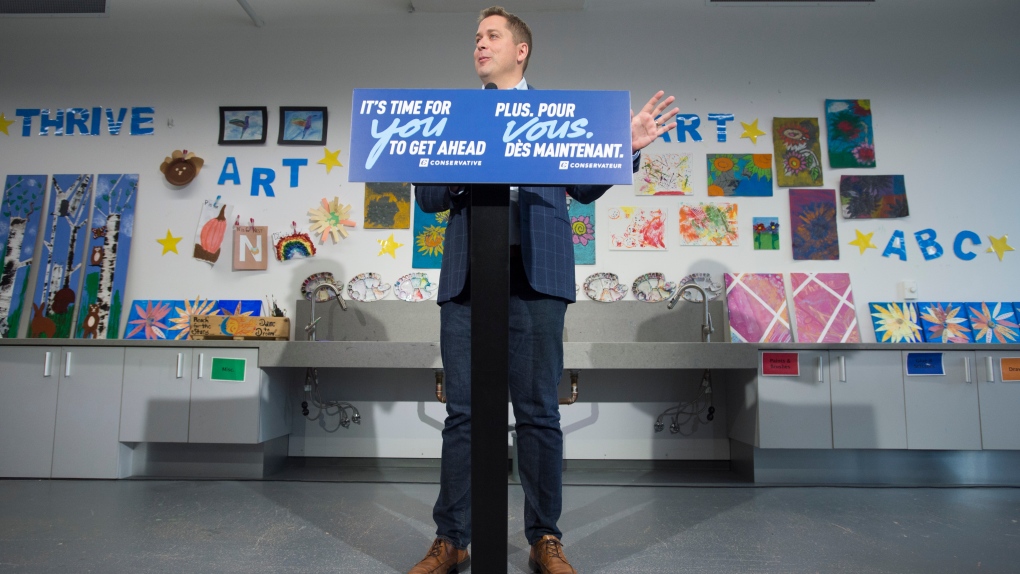 Environmental groups are wondering why the federal Conservatives brushed off two surveys on climate change policy when all other main parties provided detailed, lengthy answers.

"I would prefer to see full answers from all the parties to these questions," said Tim Gray of Environmental Defence, part of a 14-strong coalition of Canada's largest environmental groups that sponsored the survey.

"It's important all the parties take them seriously."

The coalition was one of two groups that released survey results Tuesday. The other was the Climate Action Network, which represents 110 environmental and First Nations groups.

In both surveys, the Conservative party declined to answer questions and instead provided a brief blanket statement summarizing its climate plan. The party didn't respond to the network at all until after a query from The Canadian Press.

"It's a clear sign that they're not taking this issue very seriously," said network spokeswoman Catherine Abreu.

Both surveys asked specific, direct questions such as whether a party would introduce a plan to meet Canada's greenhouse gas reduction targets, how it would reduce emissions and how it would protect vulnerable parts of the economy and workforce. The coalition survey also asked about conservation and reducing pollution.

Most parties answered at near-essay length. One Liberal response weighed in at nearly 1,000 words; a New Democrat answer was more than 500.

"There's been more effort put into thinking about the responses," Gray said. "There's a lot more nuance here and a lot more clarity, so that's great to see."

Abreu said the surveys show that most parties now believe the environment is a significant campaign issue and are competing to offer the best platform.

"We have not really seen them vying for a space as the most progressive on climate with the most detailed policy offerings. You can't get away any more with empty promises."

The People's Party of Canada didn't respond at all to the surveys, but Abreu said the Conservative response wasn't much better.

"I think the Conservatives are making a bet that their voters won't care about their indifference to this issue."

Contacted Monday, Conservative spokesman Simon Jeffries stood by the responses and referred further queries to the party's policy document, which he called "the most comprehensive environment plan ever put together by an opposition party."

The Conservatives climate plan is based on developing new technology and persuading other countries to give Canada more credit for its efforts.

Gray said the Conservative response was even more disappointing since the coalition contacted the party months ago to learn about its platform and to offer advice on it. The network made repeated attempts to reach the party, without success, he said.

"The public is very concerned about climate change and biodiversity loss," said Gray.

Hundreds of thousands of Canadians wanting action on climate change marched in at least 85 cities and towns across the country on Friday.

Conservative Andrew Scheer was the only major party leader not to take part.

Gray said the coalition did a similar, less detailed survey before the last federal election. The Conservatives ignored that one too, he said.

Gray and Abreu said the surveys are intended to help voters evaluate the parties' environmental policies. They were not able to provide comparisons, because a charities law restricts their ability to comment on election issues.

Both surveys are available on the sponsoring groups' websites.