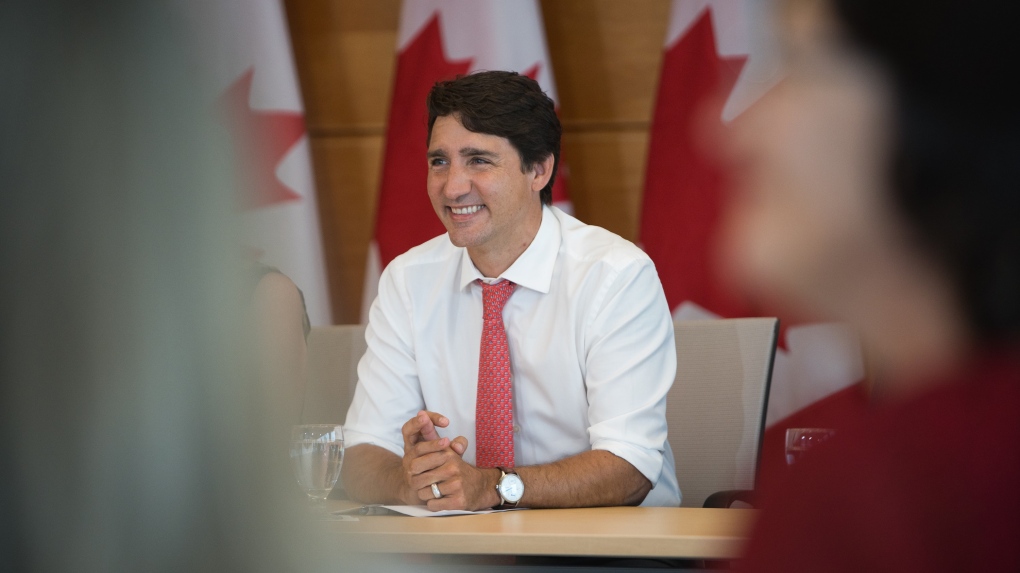 HALIFAX -- At first glance, it would appear Justin Trudeau's Liberals built an electoral fortress in Atlantic Canada in 2015, having won all of the region's 32 ridings.

Four years later, with the party on the defensive over the leader's blackface bombshells, the Liberal ramparts on the East Coast have been shaken, and there are clear indications the Conservatives will make significant gains on election day.

Even before the Liberal leader apologized last week for what he admitted were racist acts from his past, the party was bracing for losses in Nova Scotia and New Brunswick, where traditionally Tory ridings will be the ones to watch on Oct. 21.

A few seats in Prince Edward Island and Newfoundland and Labrador are also in contention, but Conservative and third-party gains in those provinces are expected to be minimal.

"I think there's a consensus that 2015 was one-off," said Donald Wright, a political science professor at the University of New Brunswick.

"There were seats that went Liberal that had no business going Liberal. We'll probably see a return of some of those seats back to the Conservative party."

In Nova Scotia, it's clear the Liberals are worried they could lose as many as five of province's 11 seats to the Conservatives. Trudeau's former principal secretary, Gerald Butts, said as much in March when he testified before the Commons justice committee about the SNC-Lavalin scandal.

With popular incumbents Scott Brison, Bill Casey and Colin Fraser having decided not to run again, Butts testified that he had been worried, ahead of a cabinet shuffle in January, that the two longtime Liberal MPs in Cape Breton -- Rodger Cuzner and Mark Eyking -- would also step down once they learned they had been passed over for cabinet posts.

A month after that January shuffle, which saw rookie Nova Scotia MP Bernadette Jordan elevated to cabinet, Eyking announced his retirement -- and Cuzner did the same in April.

"In short, in the span of a few months, we would go from holding all 11 seats in Nova Scotia with strong incumbents, to having five of them open," Butts told the committee.

However, political science professor David Johnson said recent polls indicate the Liberals had managed to regain significant voter support in Nova Scotia as the election campaign was about to begin. That means the traditionally safe Liberal ridings in Cape Breton could remain beyond the Tories' grasp.

"I think Nova Scotia may be a bit safer now than back in the winter," said Johnson, who teaches at Cape Breton University in Sydney. "If those numbers hold up on election day, then most of the 11 seats in Nova Scotia will go Liberal again."

Former pollster Don Mills said it is too early to say whether the Liberal campaign has been hurt by revelations of Trudeau's habit as a younger man of darkening his skin and pretending to be a person of colour.

In the Nova Scotia riding of Sackville-Preston-Chezzetcook, NDP candidate Matt Stickland said Monday the blackface issue has been raised only twice among the hundreds of constituents he's talked to while campaigning door to door.

"A lot of what the political class is talking about and commenting on doesn't really land in the same way for most of the people I've been talking to," Stickland said in an interview. "Nobody is really talking about it, because people are facing issues that are far more immediate than worrying about what Trudeau did in 2001."

In New Brunswick, at least five of the province's 10 ridings are in play, most of them in the south, where English-speaking voters are in the majority and Tory allegiances run deep.

"My guess is that they will be back to blue," Wright said, adding that the Liberals may retain Fredericton, where incumbent Matt DeCourcey has performed well.

In the north and along the Acadian shore, where French-speakers dominate, the Liberals are expected to hold on to several safe seats, including Beausejour, held by cabinet minister Dominic LeBlanc since 2000, and Moncton--Riverview--Dieppe, held by Health Minister Ginette Petitpas Taylor.

"The Liberals will probably lose more seats in New Brunswick than anywhere else," said Mills, former CEO of Halifax-based Corporate Research Associates, now known as Narrative Research. "New Brunswick has a tradition of support for the Conservatives that's different that any other place in the region."

As for the New Democrats, they have largely imploded in New Brunswick, where several members of the provincial wing of the party defected to the Greens earlier this month. Recent polling has suggested the Greens have moved ahead of the NDP in almost every riding, but they do not pose a threat to the Tories or Liberals.

In Newfoundland and Labrador, which has seven federal seats, the Liberals are widely expected to hold on to every riding -- except one. The NDP is hoping to regain St. John's East, where veteran politician Jack Harris lost to Liberal Nick Whalen in 2015 by less than 700 votes.

"Most of the other seats are more solidly Liberal," said Kelly Blidook, professor of political science at Memorial University of Newfoundland. "It was a surprise (Harris) didn't win last time."

Elsewhere in the province, the NDP is considered a long shot because of the party's opposition to the seal hunt, and the Green party has had a tough time "capturing the imagination of Newfoundlanders," Blidook said.

Prince Edward Island's four seats are also expected to remain Liberal red, though the Tories have a shot at taking the western district of Egmont, where former Conservative cabinet minister Gail Shea held the riding between 2008 and 2015.

As for the other Island ridings, the Liberals have "been there for such a long time that it's hard to imagine them losing," said Don Desserud, a political science professor at the University of Prince Edward Island.

This report from The Canadian Press was first published Sept. 25, 2019.