Elections Canada making sure homeless know how they can vote 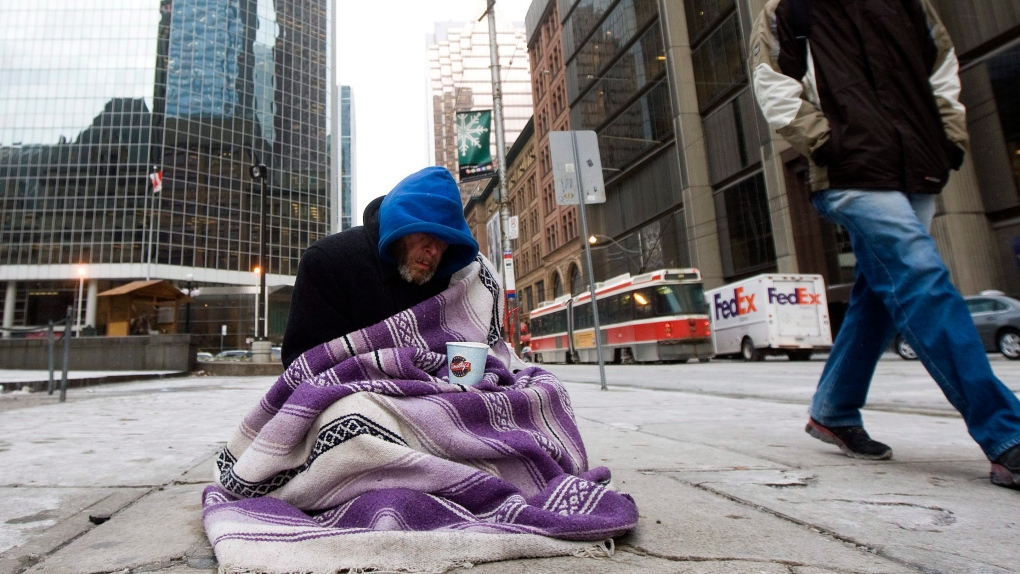 In this file photo, a homeless person panhandles for money during an extreme cold weather alert for the City of Toronto on Monday, December 13, 2010. THE CANADIAN PRESS/Nathan Denette

TORONTO -- Elections Canada is targeting hundreds of thousands of Canada’s homeless to make sure they, like millions of other eligible voters, have a voice on Oct. 21.

With just two weeks until voting day, Elections Canada is on a campaign to ensure some of Canada's most vulnerable aren’t left out of the political conversation, feel engaged in the political process and are empowered to cast a ballot.

There are more than 200,000 Canadians living on the streets and for years, helping them to legally vote was through someone else vouching for their identity. In 2011, more than 100,000 Canadians vouched for someone without identification or a permanent address.

But under the Stephen Harper Conservatives, this option disappeared in 2015 before it was quickly reversed when the Liberals came into power.

Joan O’Neil, who works for Elections Canada, said homeless voters deserve a say in who governs them.

“Policies will be made (and) laws will be passed that will impact them, (homeless Canadians) certainly have the right to vote for who they will represent them accordingly,” she told CTV News.

O’Neil is currently part of on-the-ground teams helping to inform people in homeless shelters of the services available to them in the lead up to the election. This includes people at certain church meal programs being able to request the staff provide a letter confirming they live in the area.

Elections Canada will also have roaming mobile poll stations set up at some shelters, hospitals and in elderly care homes.

But despite all this, barriers to the homeless voting still exists.

Michelle Bliss, policy director for Canada Without Poverty -- a non-profit hoping to end poverty and illustrate the link between poverty and human rights -- listed other practical barriers the homeless faced.

Rabaya Klein, who was homeless 10 years ago, said she now arranges group rides to the polling stations -- in addition to recruiting others to exercise their vote this election.

“A lot of time it's transportation. People physically can't get there or mentally they're having trouble, and they don't want to go by themselves,” she explained.

“My hope is that more people from my demographic will go out and vote so we have a vote and can be heard,” she said.