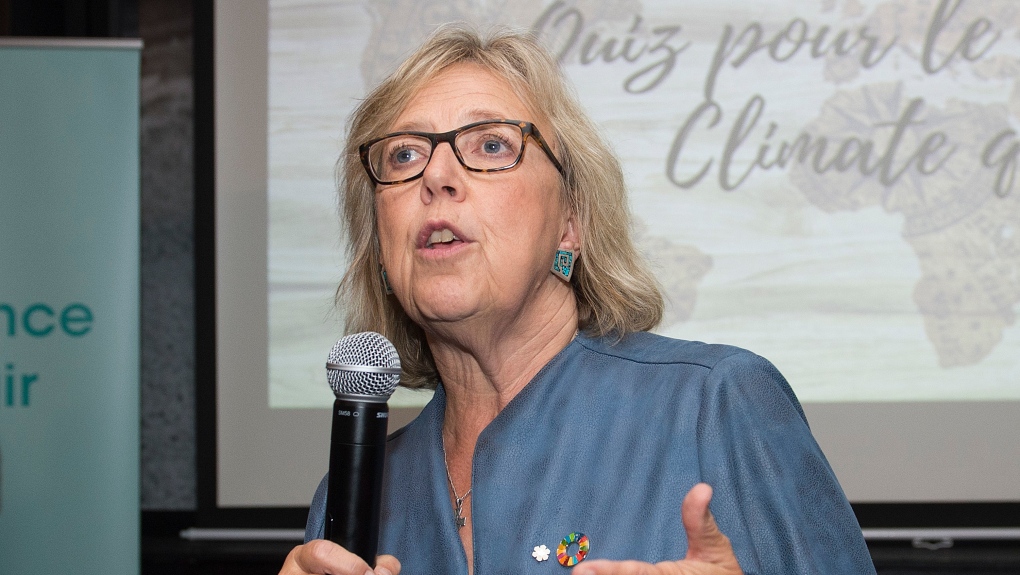 Green Party Leader Elizabeth May speaks to supporters as she attends a rally during a federal election campaign stop in Montreal, Tuesday, Oct. 1, 2019. THE CANADIAN PRESS/Graham Hughes

CHARLOTTETOWN -- Canada needs a "national re-examination" of veterans issues and the Greens would begin it immediately if they won power, Elizabeth May says.

Campaigning in Atlantic Canada on Saturday, May made her announcement outside Charlottetown, where the federal Veterans Affairs department has its headquarters..

"It's so important that we properly care for those who are on the front lines caring for us," May said. "And we need to reassure young people considering a career in the Armed Forces that their future will be safeguarded."

Many veterans are angry at both the Conservative and Liberal parties over changes to their pensions and poor access to supports for lifelong service-related injuries. Tens of thousands of veterans are waiting for disability benefits.

Wait lists grew quickly when Conservatives closed offices offering veterans services and cut staff in the department. The Liberals reopened the offices and have hired many case managers and other workers whose jobs are to see that veterans get care they need and are entitled to, but backlogs keep growing because of increased demand.

May said the Green party would go back to the way disability pensions were paid more than a decade ago, and extend pension payments to spouses of more veterans of both the military and the RCMP.

Those would be first steps toward a bigger reconsideration of how the nation cares for people who've served in uniform, May said, which the Greens would begin this December.

Liberals under leader Justin Trudeau have promised to fast-track benefit approvals for conditions that have very high approval rates, so veterans don't have to get past as many bureaucratic obstacles, and to make veterans eligible for $3,000 of mental-health treatment before having to get into the formal benefits process.

The NDP has promised across-the-board improvements in veterans' care, including hiring more case managers and launching a review of the federal relationship of veterans much like the Greens'.

This report by the Canadian Press was first published on Oct. 12, 2019.