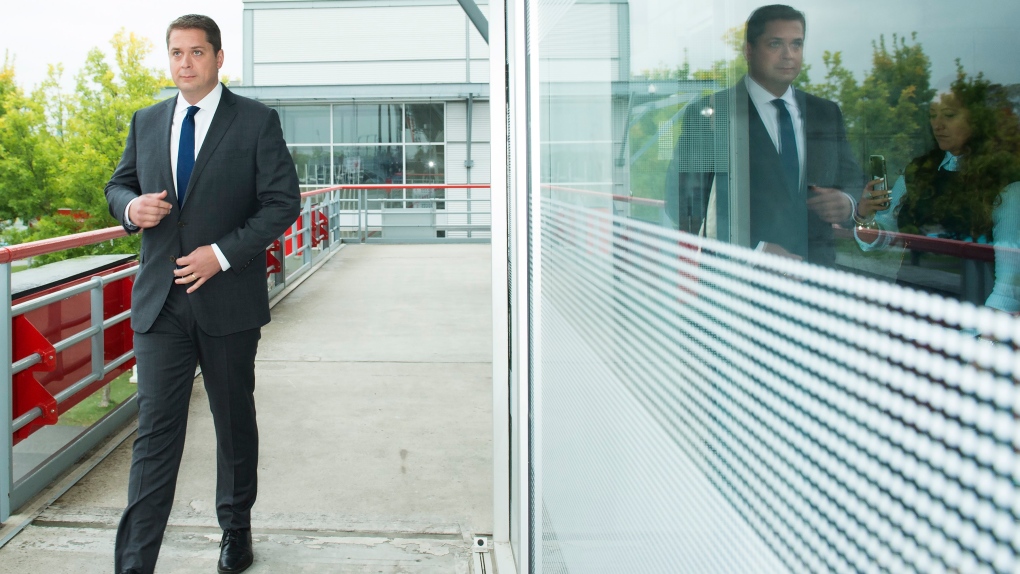 OTTAWA -- A British Columbia think tank asked the Conservatives on Thursday to either stop running a new anti-carbon tax ad, or remove the reference in it to Clean Energy Canada's research.

"The information in the ad needs to be corrected, or it needs to be removed from circulation," said Woynillowicz.

The ad launched earlier this week and claims that if Liberal Leader Justin Trudeau is re-elected Canadians will pay 31 cents more per litre of gas. In small print at the bottom of the ad, it says 22.5 cents of that comes from Canada Revenue Agency data on the impact of the carbon tax, while five cents is from Clean Energy Canada research on the clean fuel standard. The rest is GST.

The Canada Revenue Agency website says the carbon tax cost by 2022 will be 11 cents a litre. There is no existing plan to raise the tax beyond that year. The Liberals thus far have said only that they plan to review the price in 2022 to determine the next steps, though most experts agree carbon prices only work if they continually rise over time.

The Conservatives say their 22.5 cents estimate is because the Liberals have a secret plan to continue to hike fuel taxes to more than $100 a tonne.

Woynillowicz said the Clean Energy Canada study the Conservatives are citing is from 2017 and anticipates the impact by 2030 could be about five cents a litre. But Woynillowicz said it is misleading to look at that number in isolation from the rest of the report, which also points to places Canadians will save from greener technologies and parallel policies.

He said the analysis found while the clean fuel standard would cost the average Canadian household $5 a month in 2030, other policies, such as improved fuel-efficiency standards for vehicles, would mean household energy costs will be down $22 a month. For households that do more up front to reduce their energy use, savings could be as much as $82 a month, said Woynillowicz.

"It's like criticizing somebody for eating one more chocolate bar a week, when at the same time they've started running marathons," he said.

Woynillowicz said Clean Energy Canada is a program at a university and there is no problem with anyone citing or critiquing the research -- as long as it is accurately represented in its full context. Not using the research properly is frustrating and harmful to democracy, he said.

"It's a disservice to both policy making and politics and I think it is one of the reasons we see declining rates of trust in not only politicians but science as well," he said.

Simon Jefferies, a spokesman for the Conservative campaign, said the party is sticking by the ad.

"If Justin Trudeau is re-elected his carbon tax is only going to continue to skyrocket - $2/litre gasoline will be right around the corner," Jefferies said in an email.

Woynillowicz said a background document provided to The Canadian Press by the Conservatives to explain their numbers, is also wrong. In it, the Conservatives say the Clean Energy Canada report suggests the cost of the clean fuel standard could actually be more than 40 cents a litre by 2030.

Michael Bernstein, executive director of the group Clean Prosperity, is also taking issue with the ads carbon price numbers. He says the ad makes assumptions about the future of the carbon tax that are not yet mandated, and doesn't mention the carbon tax rebates Ottawa is sending households to offset the increased costs.

Bernstein said even Ontario's conservative Premier Doug Ford is putting stickers on gas pumps in his province that say the carbon price will be 11 cents a litre, not 22.5 cents.

Bernstein said the Conservative ad is "dishonest" and should be pulled off the air.

This report by The Canadian Press was first published Sept. 26, 2019.

Justin Trudeau costs you more. If he is re-elected, taxes will get even higher. He's #NotAsAdvertised.#cdnpoli #elxn43 pic.twitter.com/0valvw1zTB