Experts alarmed by lack of foreign policy talk during election 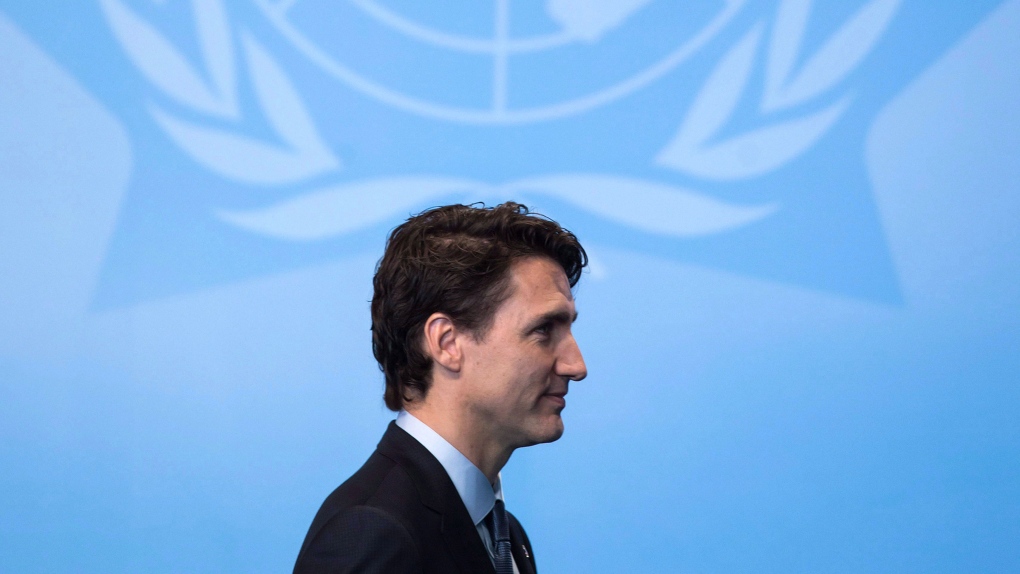 OTTAWA -- Monday's English-language debate may open a window on how the major party leaders would try to steer Canada through a world of economic and political turbulence.

Not a moment too soon, say foreign policy experts, who accuse federal leaders of largely drawing the blinds during their campaigning on how they'd cope with the forces beyond Canada's borders that will shape the country they are vying to lead.

Canada's role in the world is almost never a dominant theme in federal elections, but experts argue there's never been a more important time in recent memory for party leaders to get a grip on how they would steer the country.

They cite no end of obstacles: the rising influence of authoritarian leaders; the drumbeats of war in the Middle East; the extended drama of Britain's Brexit divorce from Europe; and the instability of the Trump impeachment saga swamping Canada's top trading partner and ally, the United States.

"That's just totally absent from this campaign. Instead the discussion is about how we need to put money back in the pockets of Canadians, focusing on us as individual chequing accounts instead of as a nation that's facing threats on the world stage," said Ben Rowswell, who witnessed the implosion of Venezuela as Canada's last ambassador there, and now heads the Canadian International Council think-tank.

Monday's debate is divided into five themes and two of them -- "leadership, in Canada and on the world stage" and "polarization, human rights and immigration" -- might provide an opportunity for the leaders to expound on foreign policy.

Six party leaders will be on stage on Monday, but the focus will be on Liberal Leader Justin Trudeau and Conservative Leader Andrew Scheer, the two frontrunners. Canadians were deprived of a separate debate on foreign policy after the Toronto-based Munk Debates cancelled its event, set for last week, because Trudeau declined an invitation.

So far during the campaign, Trudeau and Scheer have marked their differences on climate change, but have offered few specifics on moving forward with the U.S., including on a new North American trade agreement, as well as mending fences with China and India, and the possibility of building new alliances to cope with waning global leadership from the U.S.

Instead, Scheer and Trudeau are attacking what they see as each other's vulnerabilities: Among other things, Scheer says he would have done better than Trudeau in renegotiating NAFTA, and that the prime minister has been a global embarrassment, especially on his heavily-wardrobed 2018 trip to India; Trudeau says Scheer is showing bad judgement by promising to cut foreign aid by 25 per cent, and for initially supporting Brexit, which has since become a debacle.

Managing relations with the U.S. is the most important job of any prime minister and President Donald Trump's repeated threats to rip up NAFTA were the paramount foreign policy concern for Trudeau.

Meredith Lilly, an international trade expert at Carleton University, said the new United States-Mexico-Canada Agreement is inferior to the old NAFTA because it is "more cumbersome and complicated and actually reflects less free trade." But Trudeau had choice but to accept the compromised deal to maintain Canada's market access to the U.S., she said.

"The new NAFTA is worse than the old NAFTA, but it's better than no NAFTA."

Ratification of the new deal -- christened the United States-Mexico-Canada Agreement, or USMCA -- hangs in the balance in the U.S. because Trump's Democratic opponents control the House of Representatives and are negotiating changes with Republicans on labour, the environment, drug prices and enforcement provisions.

Canada is waiting to see what happens in the U.S. before it moves to ratify, but Trudeau and Scheer haven't answered a key question for Canadians, said Fen Hampson, an international affairs expert at the Norman Paterson School of International Affairs at Carleton University.

"What's Plan B? It may be the status quo, but I don't think we should assume that because Pandora's Box has been opened and we're hearing that the Democrats want to look at the agreement and make changes to it," said Hampson.

"At a time when there is such turbulence internationally, including political turbulence south of the border that looks like it's only going to get worse, not better ... Canadians have a right to know from their parties what their plans are."

Sarah Goldfeder, a former U.S. diplomat turned consultant who advised two American ambassadors to Canada, said the campaign is an appropriate time for Trudeau and Scheer to explain how they would try to build new alliances for Canada "with the United States and China focused on each other, and the international rules-based order disintegrating around everybody."

That means forging stronger bonds with countries like Japan, South Korea, Germany and France, she said.

"There's a lot of opportunity for Canada to be part of this re-orientation of global power that favours middle powers -- at least if not giving them a balance of power, giving them an opportunity to determine where their destiny takes them."

Scheer says he would better represent Canada abroad and has frequently cited Trudeau's India trip, with its elaborate photo-ops and the invitation of a man convicted of attempted murder to an official function.

"The India trip was indeed a debacle. These were unforced errors. Forget the costumes -- the real harm we did was to the Modi relationship. He's there for the next four years."

Robertson said it's essentially a wash on whether Scheer or Trudeau would better represent Canada on future forays abroad. If Scheer succeeds, he will grow into the job and likely modify some of his thinking, especially his campaign promise to slash foreign aid by 25 per cent.

"I think the discipline of power would mean some of the sillier things that I observe in their platform would be modified," he said. "When you get in, you realize, 'hmm, that's not really going to work out so well for us."'

But Bessma Momani, a foreign policy expert at the University of Waterloo, said too much of the language behind Scheer's aid-cut announcement had overtones of populism. She referred to Scheer's contention that Trudeau was using Canadians' "hard-earned tax dollars to support anti-Semitic organizations and prop up foreign dictatorships."

"When you look at the trend among all of these populist leaders, mostly right wing, there is an 'othering,"' she said, including calls that political elites are siphoning tax dollars towards "refugees and attempts to undermine our national culture."

But don't expect Trudeau to throw any punches at Scheer over foreign aid on Monday.

Under Trudeau, Canada overseas development spending has declined, but the Liberals have tried to mask that by repackaging existing funds through high-profile initiatives, said Momani.

"When people hear about all these great programs -- we're doing all this with all this Canadian feminist foreign policy, our foreign aid -- you would think we were one of the top donors. We're not even close."

This report by The Canadian Press was first published Oct. 6, 2019.