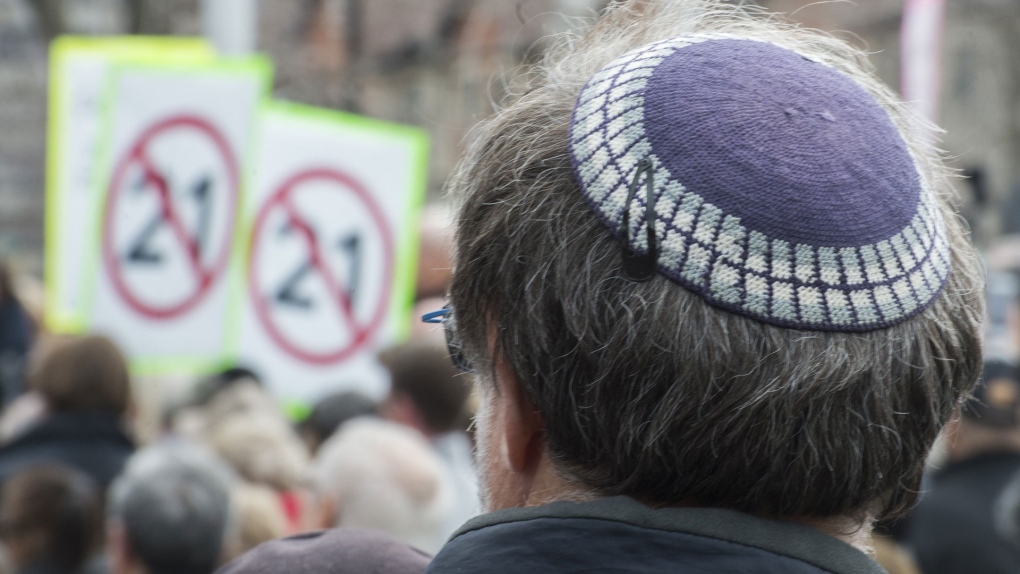 OTTAWA -- National party leaders' reluctance to intervene in a court challenge to Quebec's controversial Bill 21 may have left the erroneous impression that there's nothing the federal government can do to try to stop the law that bans teachers, police and certain other public servants from wearing religious symbols at work.

The Quebec government has, after all, invoked the Constitution's notwithstanding clause to prevent its secularism law from being struck down as a violation of the Charter of Rights and Freedoms.

But while use of the notwithstanding clause makes a court challenge more difficult, constitutional experts say it does not necessarily provide a blanket shield against charter challenges, nor does it prevent the federal government from pursuing other legal avenues.

"There are legal bases for challenging the law that are not touched by the notwithstanding clause at all," says Robert Leckey, dean of law at McGill University.

Liberal Leader Justin Trudeau is the only national leader to leave the door open to a possible intervention by the federal government some day, although he says it would be "counterproductive" to do so now when a challenge by two civil rights groups is before Quebec's Superior Court.

The Conservatives' Andrew Scheer, the NDP's Jagmeet Singh and the Greens' Elizabeth May have said they would not intervene to challenge the law, which they've nevertheless deplored. People's Party Leader Maxime Bernier has chided his fellow federal leaders for even talking about something he deems to be entirely Quebec's business.

All the tip-toeing around Bill 21 is no doubt primarily a reflection of the fact that Bill 21 is overwhelmingly popular in Quebec, a province that will be pivotal to the outcome of the Oct. 21 federal election.

But it may also reflect the fact that the legal options available after Quebec's use of the notwithstanding clause are untested. As the only federal leader who hasn't slammed the door on intervening, Trudeau may want to see how some of the arguments fare in court before deciding whether to take the plunge.

"There are some new arguments that have been raised by some scholars but it would be unprecedented so the court would have to be persuaded. I think people agree it would be an uphill climb."

Still, Leckey says the courts have in the past found creative ways to address laws that judges have deemed "deeply unjust."

"I think we'll see people trying arguments that have not been used because they've not been needed before," he adds.

Section 33 of the charter provides that a legislature may declare that a law will operate notwithstanding certain rights and freedoms otherwise guaranteed in the Charter of Rights.

One argument now being advanced is based on the fact that the clause applies only to some sections of the charter. Important ones, sections that cover fundamental freedoms, including the freedom of religion, legal rights and equality rights, but not the entire thing.

The notwithstanding clause cannot be used to shield a low from other provisions of the charter, such as Section 28, which specifies that the rights and freedoms referred to in the charter are "guaranteed equally to male and female persons."

Because the secularism law affects Muslim women disproportionately, forbidding practically any distinctive clothing such as hijabs, Leckey says the courts might be persuaded that it violates Section 28.

Mathen believes that "would be a tough sell" because Section 28 has generally been seen as an interpretive guide to the charter, not as conferring a stand-alone right.

Another argument revives Supreme Court rulings from the middle of the 20th century, in which the top court ruled that provincial laws limiting religious freedom were a matter of criminal law and, as such, could only be enacted by the federal government.

However, Mathen notes those rulings were made before the charter was enshrined in the Constitution in 1982. She doubts the courts would consider resurrecting them now.

Other arguments being advanced revolve around two unwritten principles that underlie the Constitution -- the rule of law and protection of minority rights, both of which, Leckey notes, were specifically recognized by the Supreme Court in the 1998 reference on the legality of Quebec secession.

Leckey also argues that even if the notwithstanding clause ultimately prevents the court from striking down Bill 21, the wording of the clause doesn't preclude the court from issuing a judgment on the law. A damning ruling could have an impact on public opinion and dissuade the Quebec government from renewing its use of the notwithstanding clause in five years, as required by the Constitution.

Then there's the nuclear option: the federal government could use its constitutional power of disallowance to invalidate the law, a power that hasn't been used in 75 years. At Confederation, the federal cabinet was given the authority to invalidate provincial laws, typically when they were against the national interest in some way or stepped on federal jurisdiction.

The power was once used fairly freely but the last time was in 1943, on an Alberta law that forbade land sales to Hutterites and "enemy aliens" in the Second World War.

Mathen says that would be "beyond the pale" and would likely "provoke a crisis in terms of federal-provincial relations; not just Quebec would object to that."