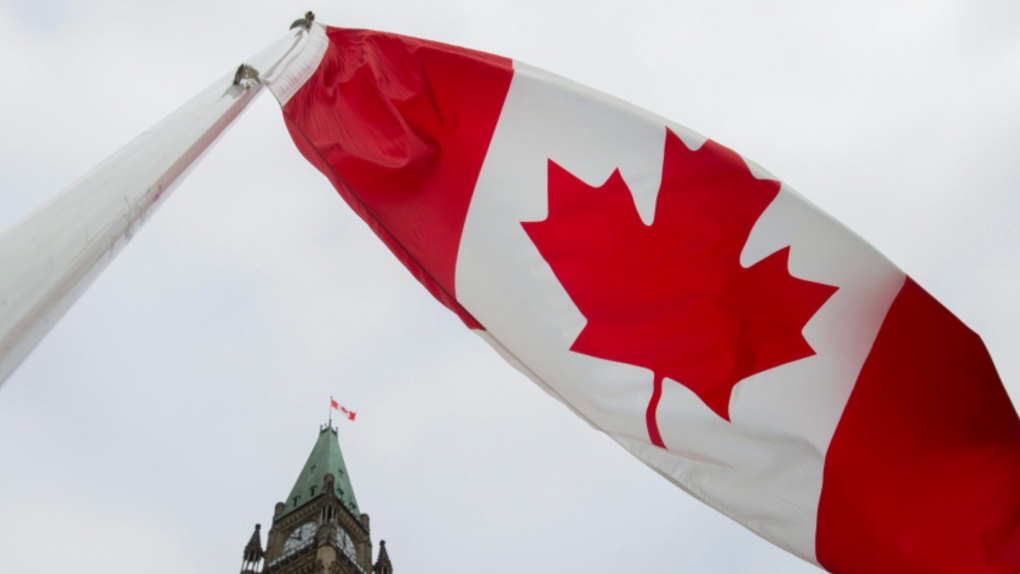 OTTAWA -- Here are five issues the major federal parties have been preparing to fight this election over.

Liberals and Conservatives seem eager to campaign on the Trudeau government's signature environmental policy: the price on carbon-emitting fuels in provinces that don't have equivalent systems of their own. It applies in Ontario, Manitoba, New Brunswick and Saskatchewan, and the Liberals have said it will cover Alberta starting in January. The tax starts at $20 per tonne of carbon-dioxide emissions and is to rise to $50 a tonne by 2022.

The Liberals tout their carbon price -- and the rebate taxpayers in the affected provinces get in compensation -- as an economist-approved way to reduce Canada's greenhouse-gas emissions with maximum efficiency. People who lead low-emissions lifestyles actually get rewarded with hard cash, they point out.

The New Democrats and Greens would both toughen the rules on industrial emitters, but are broadly OK with the direction the Liberals took with their carbon tax. On the flip side, the Liberals' decision to spend billions of dollars buying the Trans Mountain pipeline to get the project past regulatory hurdles hasn't helped them with environmentalists.

The Conservatives call the Liberal carbon policy an additional burden on overtaxed consumers that doesn't account for people who have to spend a lot on home heating and driving gasoline and diesel vehicles. They vow to replace it with a system requiring big industrial emitters to spend on green technology.

Closely related to environment policy are the cost of living and what the government should be doing to help Canadians who feel they can't make ends meet. The Conservatives have put this issue at the heart of their campaign, settling on "It's time for you to get ahead" as their slogan. Besides getting rid of the carbon-price backstop, they promise to cut taxes on home heating and parental benefits paid under employment insurance, among a raft of pledges aimed at reducing Canadians' bills.

The New Democrats have talked up a plan to cut cellphone costs, a large expense in many household budgets.

The Liberals' pitch on this front is less about cutting people's costs and more about what they've done to increase government supports, from the 2016 Canada Child Benefit that consolidated multiple family-oriented programs and increased benefits for nine out of 10 recipients to their measures on making home-buying more affordable. They point to statistics showing that 278,000 children have been lifted out of poverty on their watch.

Underlying the promises is an economic red flag that indicates why many voters feel stretched: Canadians have some of the highest levels of consumer debt in the developed world.

The cost of living might not seem as scary to people who feel as though they have secure jobs that pay well, but urban Canada hasn't been exempt from the disruptions of the "gig economy" and the decline in manufacturing jobs that have been the mainstays of small and medium-sized centres' economies for generations. For example, General Motors' announcement last winter that it would close its Oshawa factory hit hard.

Albertans have been angered by a lack of progress on oil pipelines, which means their oilsands products sell at a steep discount against world prices because they're hard to get to buyers, kneecapping the provincial economy. China has made it all but impossible for Canadian producers to sell products like canola there (more on that below).

Nevertheless, Canada's unemployment rate in May was the lowest it's been since the 1970s, and has since ticked up just slightly. Average wages are near record highs.

Canada and the world

Justin Trudeau declared after his 2015 election that Canada was back, newly keen on multilateralism and doing its bit internationally. Then the bottom fell out: U.S. President Donald Trump's unpredictability, China's new assertiveness, Russia's aggression in Ukraine and designs on the Arctic, Britain's being consumed by its departure from the European Union -- all make Canada's efforts to navigate global politics much tougher than in 2015.

Canada reached a new North American free-trade agreement with the U.S. and Mexico, which is either the successful result of standing firm against a mercurial U.S. president in a largely defensive action or a capitulation to American demands on multiple fronts. The view largely depends on one's political stripe.

China is furious with Canada over its arrest of Huawei executive Meng Wanzhou on a U.S. extradition warrant. In response, China detained two Canadians there and obstructed agricultural imports. Canada has assembled lots of international support, but has not seen any of those retaliatory measures undone.

Trudeau has had successful summits, including a chummy appearance this summer in Montreal with Donald Tusk, outgoing president of the European Union Council. He also had a disastrous trip to India, where the lasting memories were of him and his family in Indian-style garb, and the invitations to receptions sent to Jaspal Atwal, a Sikh separatist who was convicted of trying to murder an Indian politician on Vancouver Island in 1986.

The Liberals came into office promising openness, transparency and good conduct. Under the previous Conservative government, parliamentary secretary Dean Del Mastro was convicted of violating the Canada Elections Act and sentenced to jail time. The criminal trial of then-Conservative Sen. Mike Duffy ended in his acquittal by a judge who found he'd been the victim of scheming in the Prime Minister's Office to get out from under a scandal over senators' expenses.

Nobody from Trudeau's government has gone on trial, but the Liberal leader himself has twice been found to have violated the conflict-of-interest law -- once over a vacation he took at the private island of the Aga Khan, the wealthy religious leader and philanthropist, and another in the SNC-Lavalin affair.

That affair led to a slew of resignations -- Jody Wilson-Raybould and Jane Philpott from cabinet, followed by their eventual expulsions from the Liberal caucus, Trudeau's closest aide Gerald Butts, and the early retirement of Canada's top bureaucrat -- and preceded a sharp drop in Liberal poll numbers last winter.

Wilson-Raybould described a months-long campaign out of the Prime Minister's Office to get her, as Canada's attorney general, to arrange a deal with SNC-Lavalin to head off a prosecution over allegedly corrupt dealings in Libya. Trudeau has said his priority was saving jobs at the Quebec engineering firm and that although he and his aides didn't recognize how Wilson-Raybould was receiving their efforts, they ultimately had their hearts in the right place.

The Conservatives link the SNC-Lavalin debacle to the failed prosecution of former vice-admiral Mark Norman over leaked information on a shipbuilding contract, saying both are evidence of Trudeau's ruthlessness.