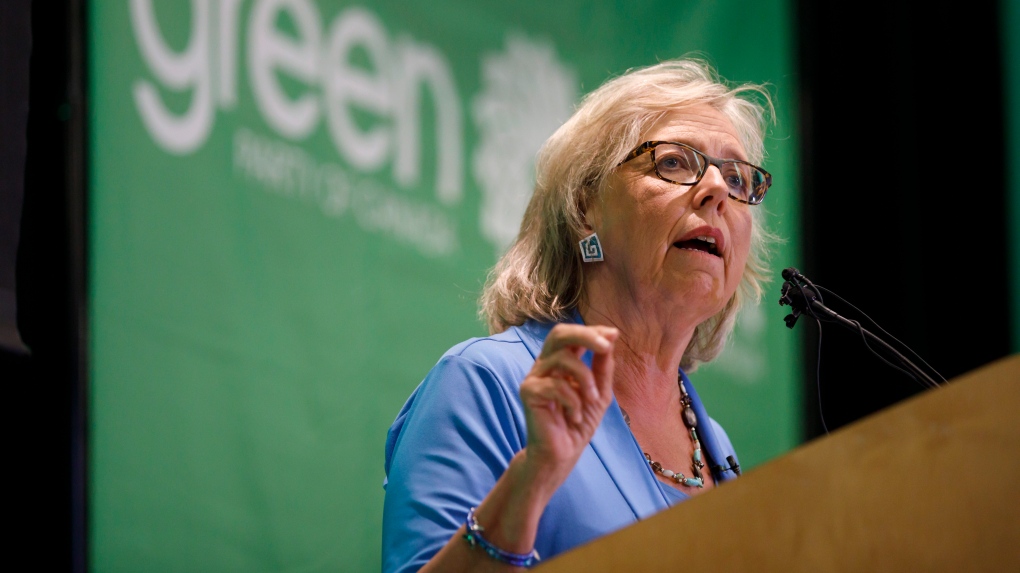 Green Party of Canada leader Elizabeth May speaks in Toronto prior to a fireside chat about the climate, Tuesday, Sept. 3, 2019. THE CANADIAN PRESS/Cole Burston

SAANICH, B.C. -- Elizabeth May says the Green party will plant 10 billion trees over the next 30 years if elected to reduce carbon and recover vast areas of land devastated by wildfires across Canada.

May announced her plan while standing in a small meadow in a Victoria-area park surrounded by trees, but metres away from a major traffic artery.

Wildfires in B.C. in 2017 and 2018 saw the provincial government declare a state of emergency in both summers as the blazes destroyed record amounts of forests and forced evacuations of thousands of people.

May did not have immediate budget estimates for the Green forests initiative but said money proposed for the Trans Mountain pipeline project and other current federal funds would help pay for the campaign pledge.

"It's a good thing to plant two billion trees," she said. "It's not nearly enough and it's quite wrong to say you'll fund it by buying a pipeline."

May said the Greens' "Mission: Possible" climate plan includes halting the Trans Mountain pipeline expansion project and cutting Canada's greenhouse gas emissions by 60 per cent below 2005 levels over the next decade.

The plan also calls for more protections for remaining old-growth forests, especially on southern Vancouver Island, and planting more trees in cities where they can create cooling areas and cut demand for air conditioning.

May, who was born in the United States, also commented on Conservative Leader Andrew Scheer's confirmation Thursday he holds Canadian and U.S. passports, but is in the process of dropping his American citizenship.

She said holding a dual passport should not harm a political career, but Scheer's past criticism of Canada's former governor general Michaelle Jean for dual Canadian-French citizenship raises concerns.

"My concern with his citizenship is not whether he has U.S. passports, but that he found it convenient politically to slam others knowing the whole time that he had the same situation," she said. "We now realize the onus is on us to keep asking Andrew if things he says are true, because if nobody asks him about it he's OK to let it slide."

May said she became a Canadian citizen in 1978, dropping her U.S. citizenship.

This report by The Canadian Press was first published Oct. 4, 2019.