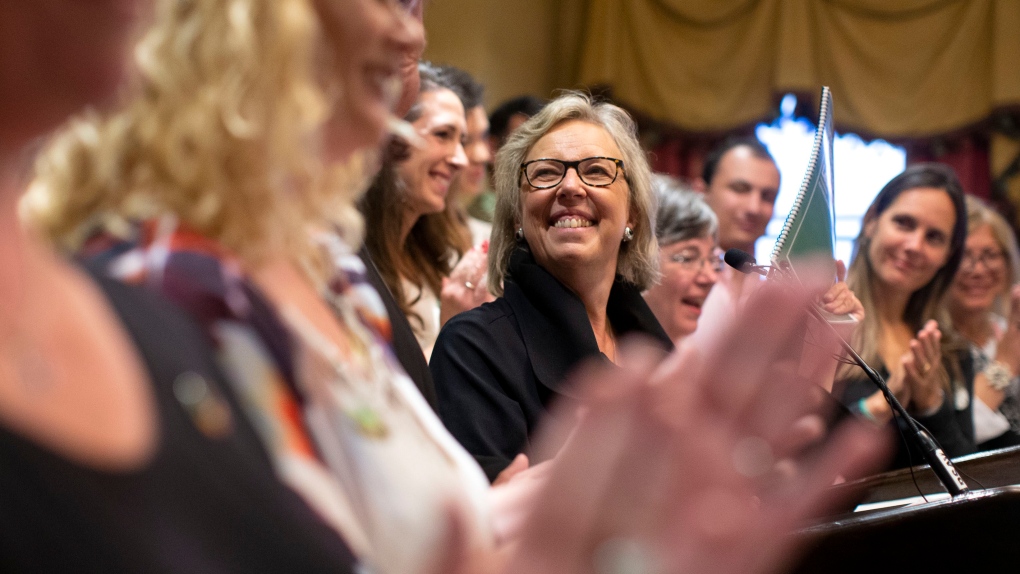 TORONTO -- The Green Party is promising to lower the cost of cannabis to make legal weed dispensaries more competitive with the black market.

Green Party Leader Elizabeth May unveiled her party’s 88-page platform on Monday, including five ways that her government would amend existing cannabis regulations.

Too many Canadians are still buying cannabis on the black market despite cannabis being legalized last October, the party said, pointing to 2019 figures from Statistics Canada that suggested 38 per cent of cannabis sales are still from illegal sources.

In hopes of quashing the black market, the Greens would lower the federally set price for cannabis. A party spokesperson told CTVNews.ca that the Greens don't have a particular target price yet.

"We will work with available data to establish a price that achieves the goal of curbing black market sales," the spokesperson said in a statement.

The party has also vowed to eliminate requirements for excess plastic packaging on cannabis products, remove the sales tax on medicinal cannabis, allow outdoor production and impose organic production standards, and strengthen the hemp industry by exempting CBD from the restrictions of the Prescriptions List.

So far, the Greens have made more cannabis-related promises than any other party. The Liberals and Conservatives have not trotted out any weed-related pitches. The NDP, however, has said it will “proactively expunge” Canadians convicted of minor cannabis possession.

Cracking down on the black market was also a priority for the Liberal government when it launched cannabis legalization, and competitive pricing was part of that plan.

Today in Ontario, one gram of weed at the government-run Ontario Cannabis Store costs between $7.50 and $22.66, depending on the strain and quality.

Crowdsourced data collected by Statistics Canada found cannabis prices are highest in the Territories, at an average of $10.59 per gram, and cheapest in Quebec, at $5.85 per gram. Nationally, the average price per gram was $6.94.