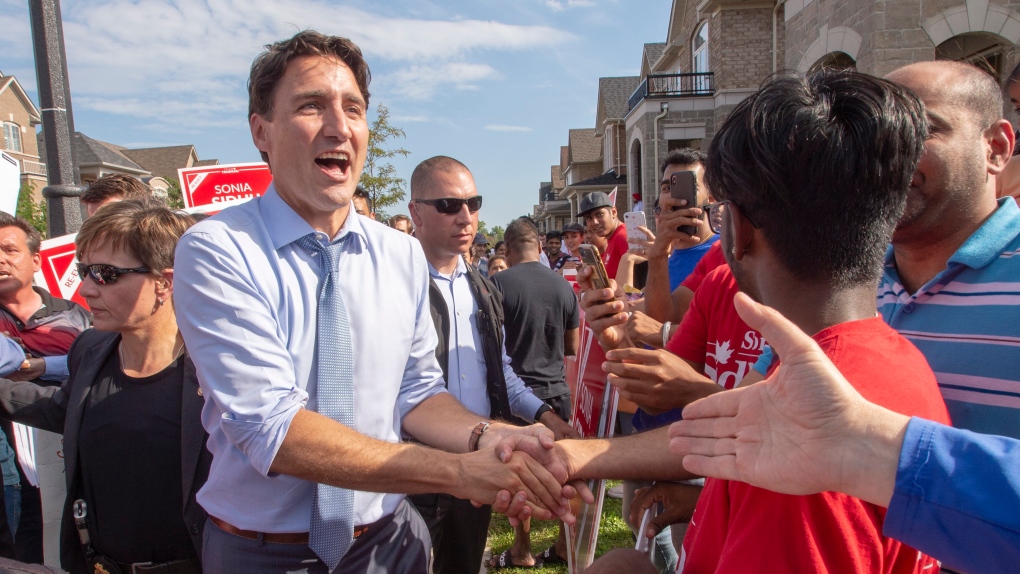 OTTAWA - A Liberal riding association in Ottawa said the destruction of Liberal campaign material has ramped up "phenomenally" since the last election campaign four years ago.

In an interview with CTVNews.ca, the Liberal campaign manager for Kanata-Carleton, Randy Boucher, said he received a phone call recently from a supporter who had a car drive up on her lawn to run over a Karen McCrimmon sign – the Liberal incumbent.

"She said you can still see the tire tracks," Boucher added. "She was so apologetic and said, 'I wanted to tell you I’m a supporter but there’s not a lawn sign on my lawn because I’m afraid, I don’t know how far they’ll take it.'"

Boucher said almost every night when door-knocking, his team would hear something along the lines of "I’m a supporter but I’m nervous, I don’t trust my neighbours, so I’d prefer not to put up a lawn sign."

These kinds of efforts and the fearful chain reaction are unique to this election, he added.

"You know, last election one of our lawn signs got burnt, set afire; some guy put it out with a fire extinguisher. Signs get stolen, damaged all the time. It is phenomenally worse this time."

A few weeks back, McCrimmon took to Twitter to express her dismay with a poster set up next to Conservative candidate Justina McCaffrey’s sign that read "We shoot every 3rd Liberal."

The campaign team reported the sign to the police and didn’t comment on where it was located or whether it had been taken down. McCaffrey echoed McCrimmon’s tweet, saying she condemns any threats of political violence.

Coenraad said she’s also had several calls from closeted NDP supporters who were surprised to come home to a Conservative sign propped up on their lawn, without their permission.

"A lot ask for an NDP sign in replacement," she said. "They maybe weren’t going to take a sign but they don’t want their neighbours to now think they’re voting Conservative, and because they’ve had the Conservative team so boldly put up a sign on their lawn without requesting one, they want to display their support for the NDP."

A representative from the Conservative riding association said he’s aware of this happening and attributes it to a "data" error.

"We pull this all together by volunteers, so every now and then a volunteer gets an address wrong," Carl Arsenault told CTVNews.ca. "We get calls, we’ve gotten a bunch of those, we run out and fix those right away, of course."

In terms of increased vandalism or threats of violence, Arsenault said he hasn’t heard or seen more than the usual amount and doesn’t think it’s done out of malice.

"We don’t run into that a whole lot, people are usually pretty proud to be a Conservative supporter," said Arsenault. "I don’t sense any general malice in the population. We’re still Canada."

A few weeks back, however, Conservative candidate Mariam Ishak found swastikas drawn over her face on posters throughout her Montreal riding of Pierrefonds-Dollard. She said it was an "every day" occurrence.

CTVNews.ca reached out to the Kanata-Carleton campaign office for Green Party candidate Jennifer Purdy to get a sense of whether they’ve experienced similar encounters with supporters in the region but at the time this article was published hadn’t heard back.