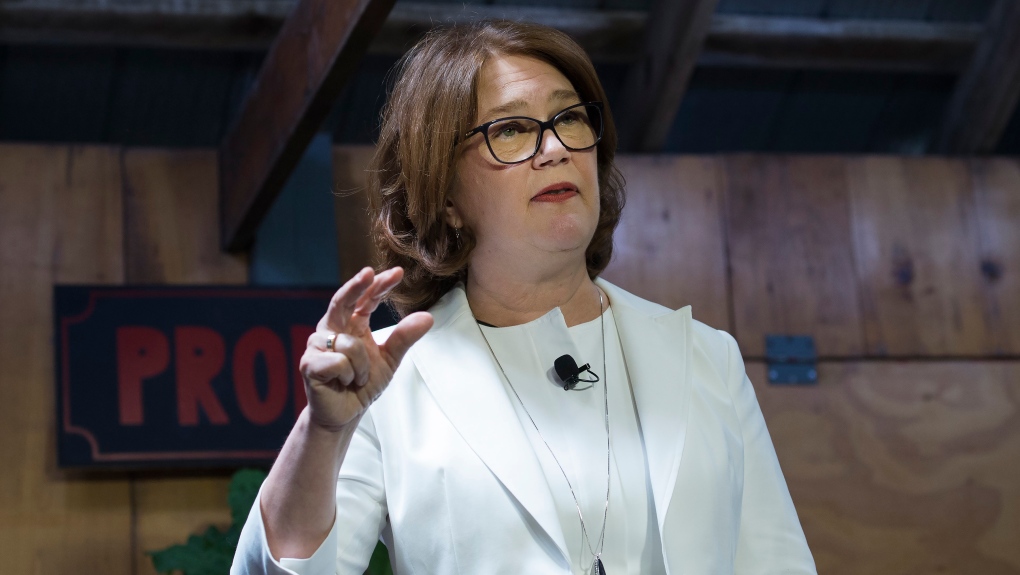 Jane Philpott makes an announcement in Markham, Ont., on Monday, May 27, 2019. (THE CANADIAN PRESS / Nathan Denette)

“Is everybody OK?” Philpott asked after noticing a commotion in the audience.

“No, somebody needs help,” an audience member replied.

Philpott, who is a family doctor, cut off her speech and rushed into the crowd, where a man was lying on the ground.

The man was later loaded into an ambulance and taken away by paramedics. A spokesperson for Philpott's campaign said Sunday that the man had since been released from hospital and was doing well.

Philpott is running as an Independent in her riding of Markham-Stouffville. She was first elected in 2015 and was named minister of health and, later, minister of Indigenous services.

Philpott resigned from cabinet in March citing a loss of confidence over the government’s handling of the SNC-Lavalin affair. She was later kicked out of the Liberal caucus alongside Jody Wilson-Raybould, who is also running as an Independent.