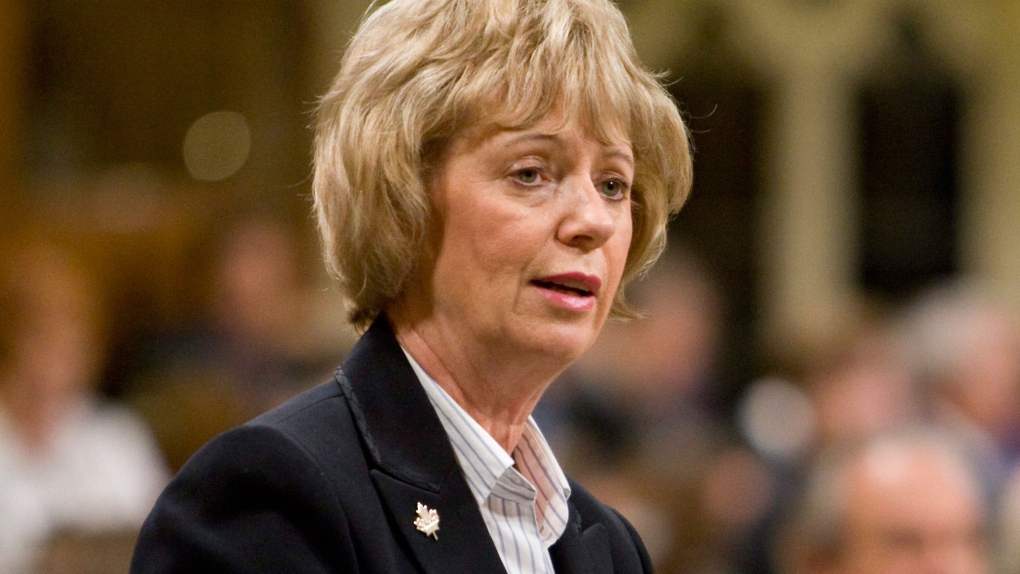 Liberal MP Judy Sgro rises to question the government during Question Period in the House of Commons on Parliament Hill in Ottawa. (Adrian Wyld / The Canadian Press)

OTTAWA -- A Liberal candidate in Toronto said she is sorry for saying her black constituents told her they loved Justin Trudeau even more after learning he wore blackface, arguing the media had blown it out of proportion even though the Liberal leader has apologized again and again for the incidents.

Judy Sgro, a longtime Liberal MP and former cabinet minister who is seeking re-election in the riding of Humber River-Black Creek, made the comments in a Sept. 28 interview with GBKM FM radio, an exchange Toronto-based writer Andray Domise posted to Twitter Wednesday.

"All of us were young at once time and all of sometimes made poor choices and did things that may not be appropriate in today's world," Sgro said in the interview with host Jacqueline Dixon, who asked her about the blackface controversy.

Sgro, who was first elected in 1999 and was immigration minister under former Liberal prime minister Paul Martin, said she had been hearing supportive comments from the black community while out knocking on doors and visiting shopping malls in her riding.

"Those in the black community have told me how much more love they have for the prime minister, that he wanted to have a black fa--" she said, cutting herself off. "He took great pride in that too.

"And that it's the media that have blown this into something that it shouldn't be," she went on, "and that they are very supportive and they're actually looking (to find) more ways that they can show how much they support and love the prime minister."

On Wednesday afternoon, Sgro issued an apology on her Facebook page.

"The comments I made on GBKM FM were insensitive," she said.

"I should have known better, and I apologize," she said.

"The history of blackface is deeply racist and it is nothing other than discriminatory," she said. "This issue has sparked an important conversation in our country and needs to be treated with great seriousness and sensitivity. I will continue to have these important conversations with my constituents."

The radio station has not responded to a request for comment about the interview.

Last month, Time magazine published a photo of Trudeau in dark makeup at a 2001 "Arabian Nights" party organized by West Point Grey Academy, the Vancouver private school where he was a teacher. The photo was in the school yearbook.

Trudeau has apologized for wearing brown- and blackface, which he says he now understands to be racist.

"It is embarrassing and it is shameful that she would suggest that people like Mr. Trudeau more because he did blackface," Singh said in Montreal, when asked about the comments before Sgro had issued the apology.

That shows a massive disconnect between the Liberal party and, in fact, Mr. Trudeau, and what real people are living and what they're experiencing," Singh said. "It is shameful that she said something like that."

lmao Judy Sgro (L - Humber River-Black Creek) says her Black constituents love Justin Trudeau even more because he took pride in the effort to have a black face I am finishedddddd#cdnpoli pic.twitter.com/A4Qce5v2Cz