Liberals changed relationship with premiers, but then things changed again 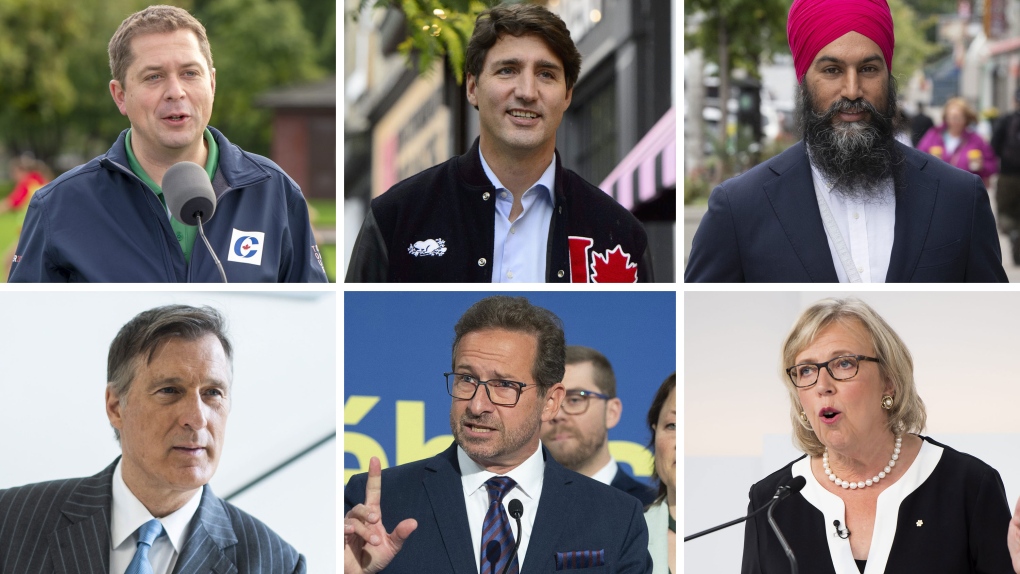 OTTAWA -- The Liberals and New Democrats are both making promises that would need some co-operation from the provinces to become reality, at a time when powerful premiers have made it clear they see their relationship with Ottawa headed in a very different direction.

Justin Trudeau announced Wednesday that a re-elected Liberal government would work with the provinces and territories to increase the benefit paid to surviving spouses through the Canada Pension Plan and the Quebec Pension Plan by 25 per cent.

That need to hammer things out with other levels of government might seem like a small detail, but it's a reminder of how much things changed in the relationship between Ottawa and the provinces when the Liberals came to power, and then how much they have changed again since.

Stephen Harper met only twice with the premiers as a group during his time as Conservative prime minister, the last time being in 2009 to discuss the global economic crisis. He preferred to deal with them and their causes -- or complaints -- one at a time.

The premiers demanded a more collaborative relationship and Trudeau promised to deliver just that, arranging to sit down with his fellow first ministers to discuss climate change in November 2015, mere weeks after swearing in his cabinet.

The regular gatherings were friendly enough at first, helped along by how closely aligned Kathleen Wynne, then the Liberal premier of Ontario, was with the Trudeau government, on major priorities, including carbon pricing as a way to reduce greenhouse gas emissions.

Quebec was led by Liberal Philippe Couillard and Alberta's Rachel Notley, a New Democrat, also had an outlook not too different from Trudeau's.

Not everything was smooth sailing, but the Liberals eventually managed to get everyone except Saskatchewan to sign on to a framework on carbon pricing, and negotiated a new decade-long health accord.

They also worked out a deal with the provinces, excluding Quebec, to enhance the Canada Pension Plan, by increasing contributions gradually beginning this year, while boosting benefits for retirees on the other end.

The pensions promise Trudeau is making in this campaign, while not as broad, comes in a very different context.

Newer conservative premiers such as Doug Ford in Ontario and Jason Kenney in Alberta, among others, have been opposing the federal carbon tax and otherwise showing they are not eager to co-operate.

The Liberals are not expecting to face the same kind of opposition to enhancing the survivor's benefit as they did to the carbon tax, but the frustration Trudeau appeared to express at the general state of things on Wednesday still shows the amount of discord around the table.

"People are choosing premiers who are choosing to use millions of dollars of your money to fight a concrete plan, to fight climate change in the courts," he said at a campaign stop in Fredericton, "instead of figuring out to how to work with us to build a better future in which we can have a stronger environment and make life more affordable for all Canadians."

Meanwhile, NDP Leader Jagmeet Singh promised to extend full public dental coverage to those whose household incomes are less than $70,000 year -- billed as a move toward eventually including dentistry in universal public health care.

Singh said the NDP "denticare" plan, which would also include partial coverage for households with incomes between $70,000 and $90,000, was designed to be fully paid for by the federal government.

It is clear, though, that the NDP views this initial program as a stopgap.

As with the original creation of the public health care system, adding dental care to public coverage would require a long series of negotiations with the provinces and territories.

Singh hinted at those conversations to come when he said he hoped that by relieving the provinces of some of the burden, they would start looking at how they could expand their own existing programs that subsidize dental care.

"We don't have control over those provincial programs," Singh said in Sudbury, Ont. "They are good starts, but they don't go far enough."

On Tuesday, Quebec Premier Francois Legault issued a list of demands to the federal party leaders, asking for his province to have greater control over immigration, tax collection and language regulation.

Scheer said he is willing to work on eliminating federal-provincial duplication of labour market opinions for temporary foreign workers, which sometimes slow things down, and committed to changes that would see Quebecers file only one income tax return.

Quebec currently requires its residents to file separate tax forms, but is willing to combine them if Quebec gets to handle both the federal and provincial systems.

Scheer said he would also be prepared to stand up for his promised national energy corridor, even if it means having to assert federal jurisdiction over any opposition to pipelines that would run through Quebec.

This report by The Canadian Press was first published Sept. 18, 2019.