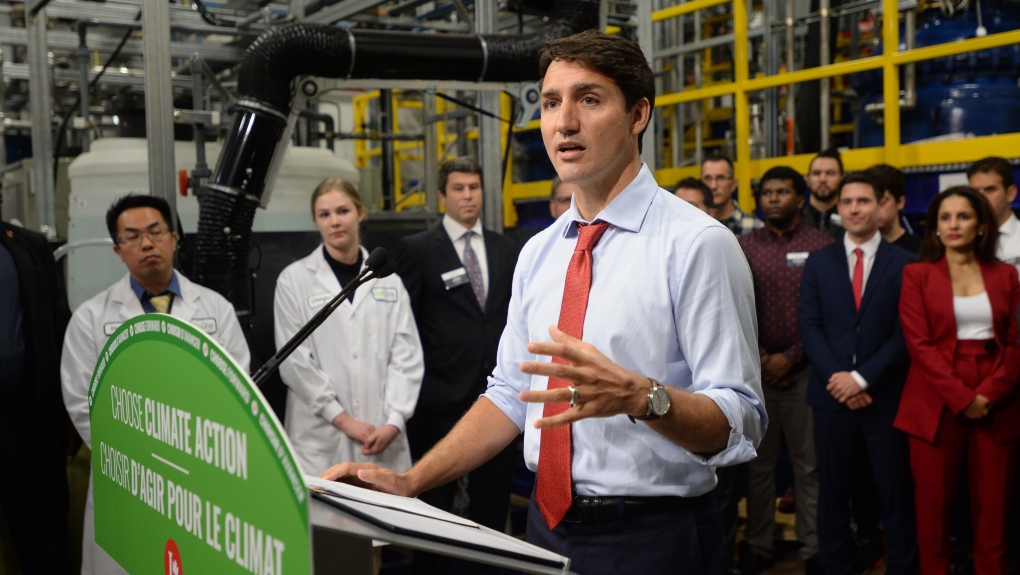 Leader of the Liberal Party of Canada, Justin Trudeau speaks during his visit to Nano One Materials in Burnaby, B.C. on Tuesday Sept. 24, 2019. THE CANADIAN PRESS/Ryan Remiorz

TORONTO -- The Liberals will put forward their party platform Sunday with a special emphasis on making it easier to pay off student loans, CTV News has learned.

The platform, which will be unveiled by Liberal Leader Justin Trudeau in Toronto, is expected to include measures that would allow new parents to put their student loans on hold by giving them an interest-free break from paying off their loans.

The temporary delay would last until their youngest child turns five years old.

They party is also expected to offer more time for students to pay off their loans. The Liberals are expected to vow to extend the grace period on payments after graduation from six months to two years.

Under the Liberal plan, students would not have to make payments on their loans until they are earning at least $35,000 per year after graduation.

Sources also tell CTV News that the Liberals will vow to increase student grants under the Canada Students Loans and Grants program by $1,200, to reach $4,200 per year.

During his campaign stops in Ontario, Trudeau has repeatedly criticized Ford, who he has often likened to Conservative Leader Andrew Scheer.