Lloyd Robertson: Bumps, stumbles and roadblocks on the election trail 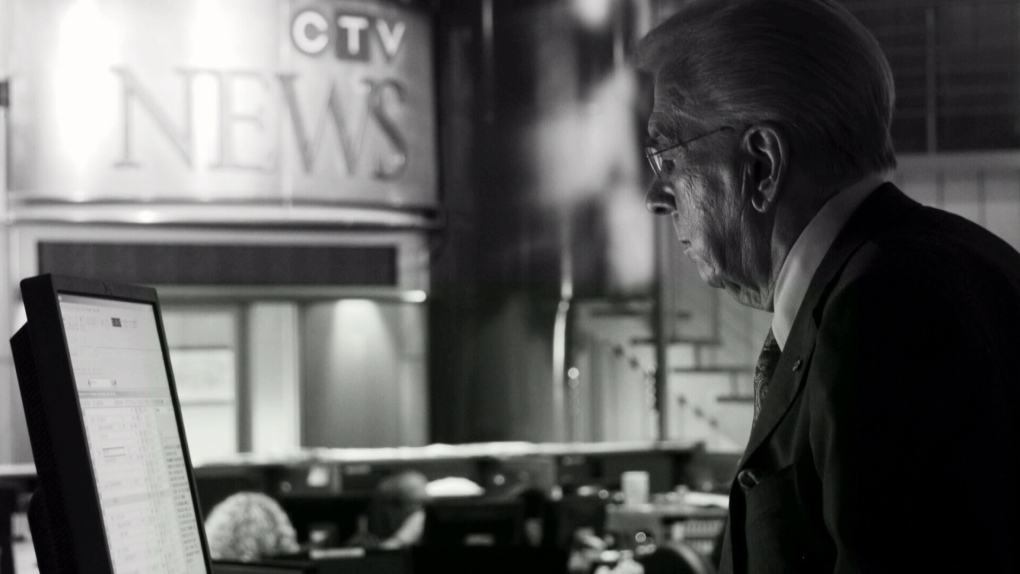 TORONTO -- There’s nothing like an election campaign to get the juices flowing for news junkies among us; it’s the equivalent of the Olympics, Stanley Cup finals and World Series rolled into one.

For the more casual politics observer, elections may just add up to a distraction with ads extolling the virtues of one party or another, eager canvassers handing out pamphlets on the doorstep and social media bursts that often subtly try to mask their real intentions ( fake news) or are simply vicious and wrong.

Yes, the circus-like atmosphere may be annoying to some, but there is nothing more important in our democracy than these occasional exercises in choosing the people and parties we wish to helm the leadership in our country.

As former Liberal cabinet minister and now Independent candidate, Jane Philpott, says: “politics is just a way of asking people to make decisions about who we’re going to be as a country.”

I have had the good fortune to be involved in TV and radio coverage of federal elections in this country since 1957, and was main anchor of 14 national election broadcasts between 1970 and 2011.

This current 2019 campaign strikes an easy comparison to 1972 when Justin Trudeau’s father, Pierre, fell far short of forming a majority government when Robert Stanfield’s Progressive Conservatives came close to toppling him from power after Trudeau the elder had swept the country in 1968.

Then, as now, Canadians had become disillusioned with their Liberal leader but weren’t quite ready to rush to the side of the uncharismatic but worthy Stanfield who also held an impressive track record as a former Premier of Nova Scotia. The result was a Liberal minority government propped up by the NDP.

Then, as now, Liberals insiders complained that the leader had chosen to show the back of his hand to most of the experienced advisors available to him, ignored their advice and suffered the consequences. Pierre Trudeau learned from that, took principal partisans like Keith Davey back on board, and the party came back to win another majority government in 1974.

As if to demonstrate the reluctance of Canadians to jettison leaders who once gained their confidence, Trudeau finally lost government in 1979 to Conservative leader Joe Clark who formed a minority that lasted just under nine months. As Tory cabinet minster John Crosbie framed it: “long enough to conceive but not enough to deliver.” Then in a stunning Lazarus-like resurrection, Pierre Trudeau came back after stepping away from the leadership and won power again in 1980.

All of this could be seen to demonstrate that Canadians do not easily reject leaders once they have chosen them overwhelmingly with majority governments. The examples of throwing out governments after one term are sparse. In the last hundred years, the most obvious is the dumping of R.B. Bennett’s Conservatives in 1935. But that came in the midst of The Great Depression that found people in dire straits: unemployed, hungry and very angry.

The current mood seems to see people wanting to give Justin Trudeau and his Liberals a sharp rap on the knuckles for many of their stumbles and bad judgements, but maybe not hard enough to elevate a man they may be unsure about in Andrew Scheer. If Justin Trudeau were to lose power to him in this election he would share with the Conservative Bennett the dubious distinction of having his one term majority government defeated.

There is no argument that the biggest change in elections over the last few campaigns has come with the growing influence of social media. While it’s true that Twitter and Facebook have important “town hall” functions,” they have also been destructive interlopers on several occasions.

Canadian comedy icon Rick Mercer had to clamp down on a Conservative candidate in BC who distributed a meme of Mercer saying “Vote Conservative”. “Not true. All fake”… he complained to Andrew Scheer. All parties have had to cope with so called “ bozo eruptions” within their ranks and have been embarrassed by past statements or actions by candidates.

Dear @AndrewScheer & good folks at @Cpc_hq - Your candidate in Burnaby North Seymour is distributing a Meme on social media with my face and the words "Vote Conservative" indicating it is a quote from me. Not true. All fake. Please Stop. #WhoAreThesePeople? #Cdnpoli #yuck

Parliament has made moves through its “election modernization” bill to try to control some of the more blatant excesses of the “fake news” phenomenon with heavy fines or even jail time for the perpetrators of lies or false claims. But this hasn’t stopped not-for-profit digital advocacy groups like Canada Proud from making their presence felt in its mission to defeat Justin Trudeau with a combination of internet memes and video.

Some of this has gone viral on Facebook and Twitter, not in the old fashioned fair and balanced news manner but with more appeal to the emotions. And make no mistake, the Liberals and the NDP no doubt have their watchdogs and trolls out there, too.

More than 23 million Canadians are on Facebook and polls suggest that about half receive their news only from social media. And recent polling suggests Canadians are regularly exposed to misinformation and have no idea how to combat it. It’s why the Canadian Journalism Foundation has launched a new online campaign these last few weeks of the election called “Doubt It?”. Yes, it’s more important in 2019 than ever before to check the source.

We are in the midst of a time that brings challenges to the democracy we so treasure. It’s a form of government, that Winston Churchill said is: “ the worst … except for all the others that have been tried.”

Believe it! And get out to vote.