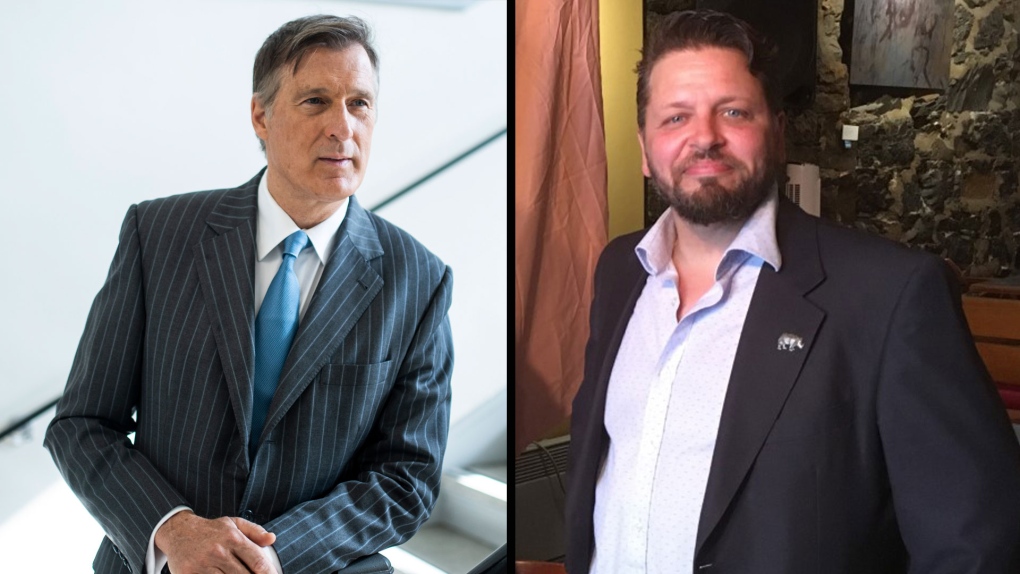 People's Party Leader Maxime Bernier isn’t worried about a little confusion when his constituents head to the polls on Oct. 21.

A day after the Rhinoceros Party said it would run a candidate with the same name as Bernier’s in his Quebec riding of Beauce, Bernier told CTV’s Power Play that he expects voters to make the correct choice on the ballot.

“That’s a good joke,” the PPC leader said Wednesday. “I trust the people from my riding --I trust them -- that they will vote for the Maxime Bernier that they know.”

The Rhinoceros Party confirmed in a French press release sent to CTV News on Tuesday that they will run a candidate also named Maxime Bernier in the riding.

"There are many people who tell me: I want to vote for Maxime Bernier, and I want to vote Rhinoceros! And so, I've offered them an option so they can vote Rhino and Bernier!" said Rhino Party Leader Sébastien CoRhino Corriveau in the release, which was written in French.

"I can tell you there's nothing in the Act that would prevent two candidates with the same name to be on the same ballot. The name of the parties would be the difference," Gamache said.

The Rhino Party is a satirical political group that was founded in 1963. According to Corriveau, the party has run hundreds of candidates and received half a million votes.

Its platform includes promises to open tax havens in all provinces, replace teachers on leave with photos of famous scientists, and apply the War Measures Act to the nine provinces "that did not have the privilege in October 1970."

It also pledges to make "sorry" the new official motto of Canada and to nationalize bacon.

The Liberal candidate in the area is local businessman Adam Veilleux, who finished second to the incumbent Bernier in the last election. The Greens are running candidate Josiane Fortin, who is currently working in the public service and has written four books. The NDP have yet to name their candidate in the riding.

The NDP came in third with just over nine per cent, followed closely by the Bloc. The Green Party Finished with less than two per cent.

The election campaign is slated to begin on Wednesday, and the winner of the Bernier face-off will be determined on election night: Oct 21.