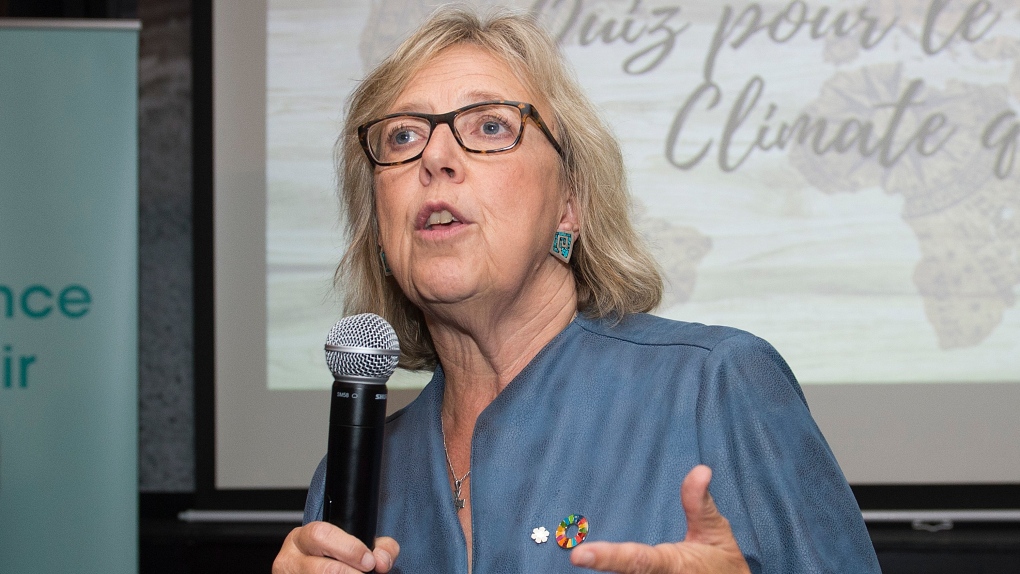 Green Party Leader Elizabeth May speaks to supporters as she attends a rally during a federal election campaign stop in Montreal, Tuesday, Oct. 1, 2019. (THE CANADIAN PRESS/Graham Hughes)

COWICHAN BAY, B.C. -- A Green government would create a framework for Indigenous communities to opt out of the Indian Act as part of its strategy for reconciliation, party leader Elizabeth May said Saturday.

May said dismantling what she calls the "racist and oppressive" Indian Act, the law which defines much of the relationship between the federal government and First Nations, will be a complex process.

"It's time to end the era of colonial oppression and genuinely support Indigenous Peoples' work and efforts towards self-determination so no one is left behind or excluded from their rightful heritage," May said in a statement.

The Indian Act has long been extremely controversial and there is intense, ongoing discussion on how to move past its limitations.

Indigenous peoples must have a deciding and leading role in that process, May said Saturday.

Should her party form government, the Green leader said she would also introduce legislation to implement calls to action of both the Truth and Reconciliation Commission and the Inquiry into Missing and Murdered Indigenous Women and Girls.

A Green government would also enshrine the tenets of the United Nations Declaration on the Rights of Indigenous Peoples into law.

A private member's bill meant to implement UNDRIP Canada, introduced by NDP MP Romeo Saganash, was held up in the Senate at the end of the last sitting of Parliament, meaning any new government will have to take up the cause again.

In her announcement Friday May also endorsed the election agenda of the Assembly of First nations, which includes measures on the environment, reconciliation and a broad range of other issues.

May was speaking in Cowichan Bay, B.C., campaigning with Green candidate Lydia Hwitsum in a Vancouver Island riding neighbouring her own seat. She was also scheduled to participate in an all-candidates debate for her riding.

The Greens are hoping for a breakthrough on the Island, and recent polls suggest they may be set to win several of the area's seven seats.

May's party has experienced a surge in support since the beginning of 2019 but has levelled off at around 10 per cent of public support. Polls suggest the party is doing better in B.C., where both its seats are located, and it sits at around 15 per cent support.

The NDP and Greens are in direct competition on Vancouver Island, where Singh's party currently holds every seat except May's own.

This report by The Canadian Press was first published Oct. 5, 2019.