May sees room for consensus on climate action, pharmacare in new Parliament 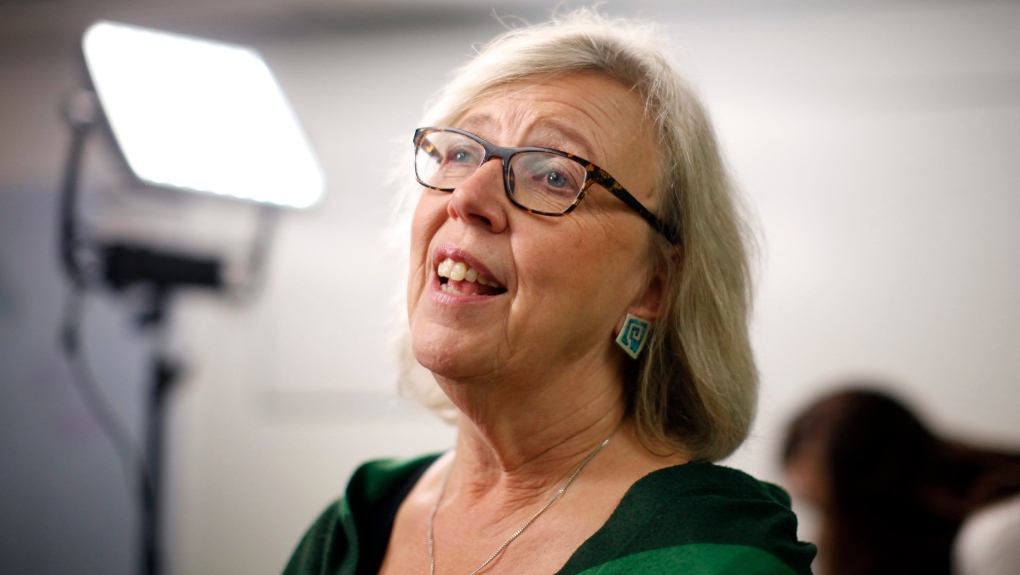 Green Party Leader Elizabeth May announces the Green government will expand the single-payer medicare model to include pharmacare for everyone during a press conference at the campaign office of candidate Racelle Kooy while in Victoria, Wednesday, Oct. 16, 2019. (THE CANADIAN PRESS / Chad Hipolito)

OTTAWA -- Green Leader Elizabeth May hopes to use whatever influence her three-member caucus has to ensure bolder climate action, a pharmacare plan and a promise of lower cellphone rates make their way into the next throne speech.

May has spoken with Prime Minister Justin Trudeau since Monday's election and expects to have an ongoing dialogue with federal leaders before Parliament resumes.

The Greens return with three MPs, fewer than many anticipated after promising signs of support from voters early in the campaign.

Still, May said in an interview Wednesday she sees opportunity for consensus with the Liberals and New Democrats on key issues.

The Liberals will have incentive to prove they're accomplishing things in a minority Parliament if they want to remain in power, May said.

She will try to leverage that reality to make gains on addressing the climate crisis.

May wants Canada to seriously curb greenhouse-gas emissions by agreeing to aggressive new targets at the global Conference of Parties meeting in Chile in December.

"If we're going to avoid an unlivable world, we have months, not years, to fix this," she said.

"So we'll need to apply maximum pressure right now on the Liberals to change our climate target before the negotiations begin at COP 25 in Santiago."

At a news conference Wednesday, Trudeau signalled a willingness to work with fellow parliamentarians on priorities, including climate change, though he ruled out any kind of coalition.

May sees common ground on a renegotiated national health accord that includes pharmacare and dental care for low-income Canadians. "I think there's room for consensus on that."

Such plans could take shape informally among likeminded party leaders in coming weeks, May suggested.

Parties could also agree on more affordable cellphone rates and collecting a fair share of taxes from global, web-based businesses operating in Canada, she said.

May stressed the importance of working with NDP Leader Jagmeet Singh despite lingering anger over what she sees as grossly unfair attacks on her party in British Columbia during the campaign.

May hopes leaders will agree to bring a more civil tone to parliamentary debate after seeing respect and decorum disintegrate in the last sitting.

"This could get much, much worse," she said.

"If we start out where we left off, it's going to be unwatchable. Canadians will not want their children to watch Parliament."