May will boot Quebec candidate if he stands by separatist support 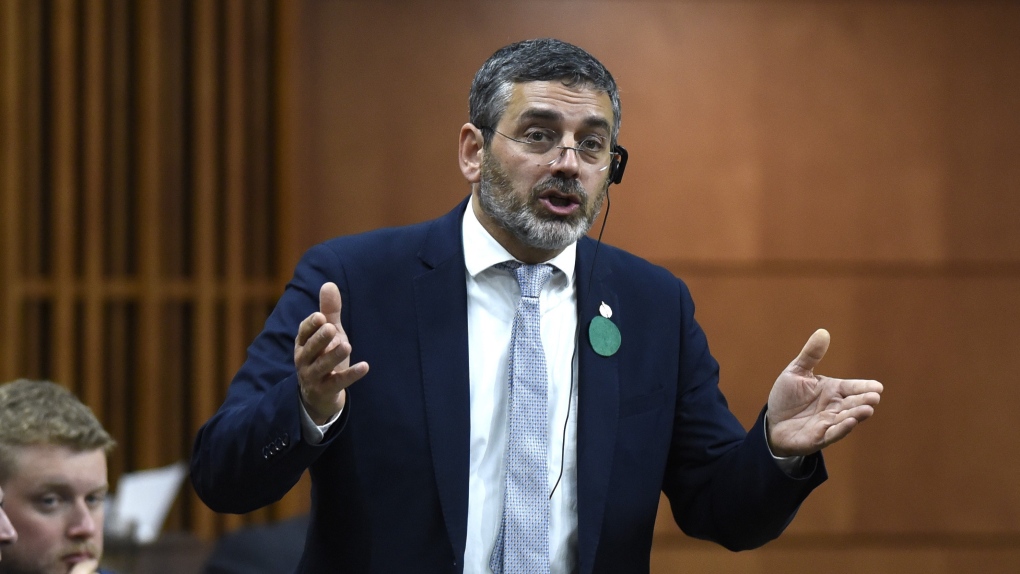 The New Democratic Party says it is removing Quebec MP Pierre Nantel as an NDP candidate "given confirmed reports" that he is in discussions with another party to run under their banner. NDP MP Pierre Nantel rises during Question Period in the House of Commons on Parliament Hill in Ottawa on Wednesday, June 5, 2019. THE CANADIAN PRESS/Justin Tang

Nantel also said in French that he would vote to separate if such a referendum were held again. He added that as long as Quebec remains a part of Canada, he'll advocate for Quebec interests at the federal level.

During an interview for CTV Power Play, airing Wednesday, May pointed out that all MPs have to take an oath affirming they will "protect and uphold" Canada.

"Pierre's taken that oath, I take him at his word that he took that oath and he means it. If he doesn't mean it, no, he couldn't be a Green MP," May told host Don Martin.

May went on to say that her interpretation of the French-language interview is that Nantel was saying he's a "strong Quebecer" in the context of Quebec being a part of Canada.

She said she plans to talk to Nantel.

"Obviously if he said he wants to separate from Canada, that's a rather large issue because the Green Party is a federal party," May said.

Should May opt to boot Nantel after she speaks with him about separatism, it would be Nantel's second time being kicked out of a federal political party. Nantel, who has served as an NDP MP since 2011, was booted from the NDP in August amid reports that he was in talks with another party to join its ranks.

Shortly afterwards Nantel announced his plans to join the Greens, citing his concern about climate change. In that Aug. 19 press conference, the Quebec politician said he has two main priorities: Quebec and the climate.

"I sit here and I say something is wrong…all the research is indicating this. We need to make a move, and the move is to say to everyone: if you choose the climate section, if you are on the climate side, then no matter if you're a Liberal, a Conservative…a sovereigntist, a CAQ, you have to vote Green this year," Nantel said at the time.

In the meantime, Nantel's future within his new party hinges on a conversation with May.