Nomination deadline approaches: How each party stacks up for candidates 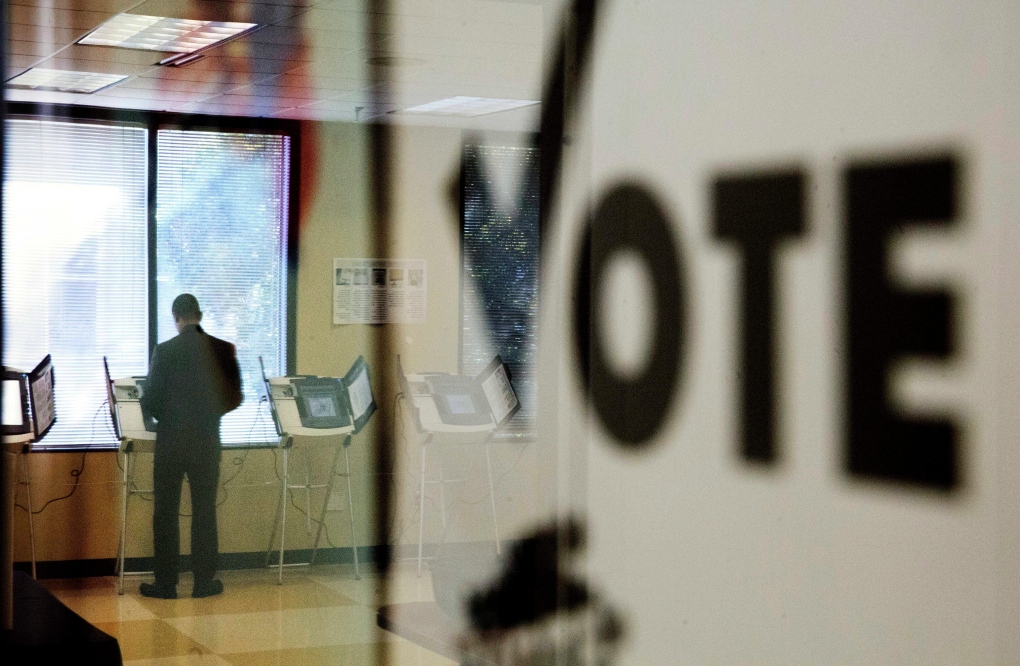 A voter is reflected in the glass frame of a poster while casting a ballot during early voting ahead of next week's general election in Atlanta, Tuesday, Nov. 1, 2016. (AP Photo/David Goldman)

OTTAWA - With less than 24 hours to go before the deadline to nominate a representative for each of Canada’s 338 electoral ridings, all but one party has reached the finish line.

As of Sunday, the People’s Party of Canada (PPC) had filled out 326 seats, according to spokesperson Johanne Mennie. She told CTVNews.ca that they’re "on track" to meet the Elections Canada deadline of 2 p.m. local time on Monday.

That deadline not only requires parties to have a fully nominated roster, but it also entails that all candidates have their registration papers filled out and submitted. Only after that point do those individuals nominated become "confirmed candidates," according to the Elections Canada website.

As of Sunday, only the Conservative party had registered all 338 members of their newly assembled lineup.

The Liberals have secured 338 candidates, but said they don’t have a count on how many are registered. The NDP did not respond to the inquiry at the time this story was published, and the Greens reported having 319 registered as of Sunday afternoon.

The Liberals and the PPC are the only parties not to track specific demographic markers.

In a statement to CTVNews.ca, Guy Gallant, a spokesperson for the Liberals said, "Justin Trudeau and the Liberal Party of Canada believe that our country is stronger, and our government is more effective, when decision-makers reflect Canada’s diversity."

Gallant added that candidates come from a wide range of backgrounds which include "veterans, teachers, environmentalists, Indigenous leaders [and] LGBTQ2 advocates..."

Martin Masse, a spokesperson for the PPC said, "We don’t keep any information on our candidates' race, sex, sexual orientation, gender identification, religion, physical handicaps, or other such personal characteristics. They are all unique individuals, and have been chosen for they desire to defend our party’s principles and fight for a better Canada, not because they belong to specific groups."

Dr. Wendy Cukier, the founder and Academic Director of Ryerson University’s Diversity Institute, says across the board, parties have upped their game this election campaign by putting forward diverse candidates.

"There’s such a strong economic imperative as well as a social imperative. It makes sense to me that it’s becoming much more mainstream thinking that we have to make sure that Parliament represents the people that elect it," Cukier said.