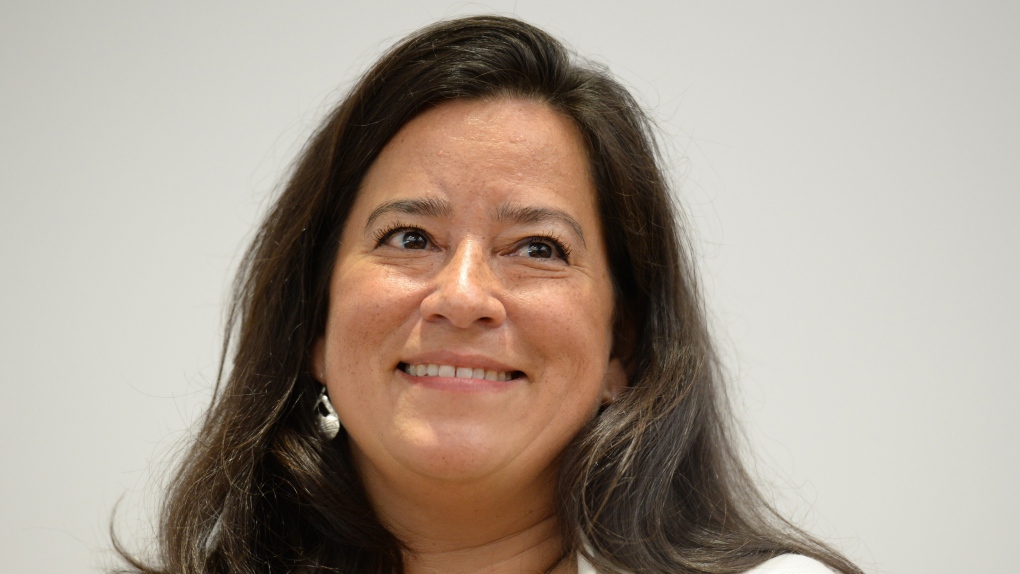 Jody Wilson-Raybould arrives at a news conference in Vancouver, Monday, May 27, 2019. THE CANADIAN PRESS/Jonathan Hayward

TORONTO -- Political newcomer Mumilaaq Qaqqaq is one of the 10 Indigenous MPs elected to Parliament in Monday night’s federal election. She’s also one of the youngest MPs headed to Ottawa, representing Nunavut as a member of the NDP.

At 25, Qaqqaq took 3,717 of the votes in the election, defeating Conservative Leona Aglukkaq and Liberal Megan Pizzo Lyall.

Pizzo, a former Iqaluit city councilor, received 2,798 of the votes while Aglukkaq, a former minister in Stephen Harper’s cabinet, trailed in third place with 2,327 votes.

In a video posted to her Facebook page on Tuesday, Qaqqaq said she watched the election results with her brother and parents.

“I still haven’t wrapped my head around my victory,” she said, noting that the next few weeks will be busy as she gears up for training in Ottawa.

“I’m excited to absorb all that knowledge and experience new things,” she said. “It’s going to take a little time for me to settle in the role, but I’m going to do the best job I can.”

The young MP’s priorities include housing, putting the United Nations Declaration on the Rights of Indigenous People into law, and helping to lower suicide rates in Nunavut.

“I love being inclusive, transparent and we all need to work together in order for us to succeed and progress,” she said in her video. “I’m excited to serve Nunavut for the next four years.”

Jody Wilson-Raybould, who served as a cabinet member in the previous government, ran as an Independent and retained her seat in Vancouver-Granville following her departure from the Liberals over the SNC-Lavalin scandal. She edged out the Liberal candidate in that riding by 2,900 votes.

NDP candidate Leah Gazan won in Winnipeg Centre, beating the Liberal candidate with 12,844 of the votes. Gazan is a member of the Wood Mountain Nation in Saskatchewan.

Gazan congratulated Qaqqaq on Twitter, calling her an inspiration and saying she can’t wait to work with her in caucus.

Metis Liberal MP Vance Badawey was re-elected in the Niagara Centre riding, beating the Conservative candidate with 20,109 of the votes.

Liberal Incumbent Yvonne Jones won in the Labrador riding in a close race with Conservative candidate Larry Flemming. Jones, of Inuit descent, won with 42.3 per cent of the vote – a sharp drop in comparison to 71.8 per cent in 2015.

Metis Liberal MP Michael McLeod will be representing the Northwest Territories riding, after winning6,638 votes. And Metis Liberal MP Dan Vandal was re-elected with 19, 934 of the votes in the Saint Boniface-Saint Vital riding in Manitoba.

Incumbent Liberal MP Marc Serré was re-elected with 18,918 of the votes in Nickel Belt in Sudbury, Ont. He told CTV Northern Ontario that it is “an honour” to be elected again.

Liberal candidate Jaime Battiste, who lives in Eskasoni First Nation and is a member of  Potlotek First Nation, won in the Sydney-Victoria riding in Nova Scotia, with 31 per cent of the vote. Battiste was under fire for sexist and homophobic social media comments, which emerged from 2012.

Marc Dalton, of Metis descent, is the only Indigenous candidate who won a seat for the Conservative Party. He won with 19,501 votes, beating out the incumbent Liberal candidate in the Pitt Meadows-Maple Ridge riding.

A record number of 62 Indigenous, Metis and Inuit candidates ran in the federal election this year. In 2015, 54 Indigenous candidates ran, with 10 MPs elected to Parliament.

In the 2015 election, 61.5 per cent of eligible voters on reserves cast their ballot, up from 47.4 per cent from the 2011 election.  The Assembly of First Nations told CTVNews.ca they’ll have Indigenous voter turnout for the 2019 election soon.