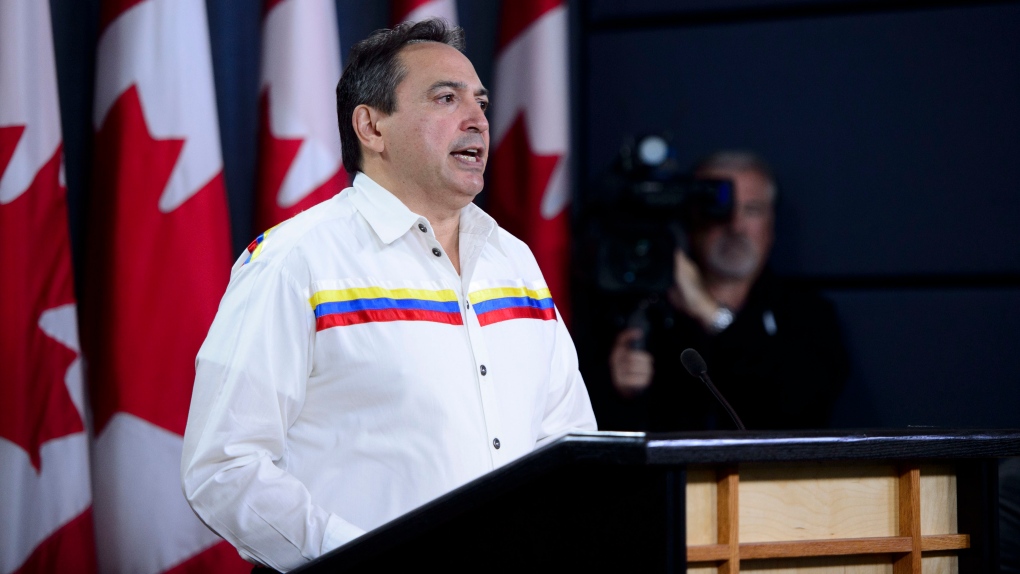 OTTAWA -- The Assembly of First Nations says there is a record number of Indigenous candidates in the federal election and First Nations voters could swing the vote in almost one in five ridings.

In an analysis to be released Thursday, the national Indigenous advocacy organization says there are at least 62 First Nations, Metis and Inuit candidates running.

That's a rise from the 54 Indigenous candidates who ran in 2015, when a record 10 were elected to Parliament.

"Getting our people around decision making tables is key to bring about better policy and legislative change in Canada," Bellegarde said in an interview.

The candidacy figures are based on self-reported numbers from each of the major political parties and could be higher in cases where Indigenous candidates may be running as Independents, for example.

The New Democrats attracted the highest number of Indigenous candidates at 27. Eighteen candidates are running for the Liberals and seven each for the Greens and Conservatives.

The Peoples Party of Canada does not record demographic measures for its candidates, but policy analysts found one Metis and one First Nations candidate based on the party's postings, the assembly said.

The figure also includes former Liberal cabinet minister Jody Wilson-Raybould, who is running as an Independent in Vancouver-Granville.

Bellegarde said that seeing "role models" like Wilson-Raybould in positions of power is likely influencing other Indigenous candidates to join the race.

The assembly also identifies 63 "priority districts" among the total 338 ridings where First Nations voters could swing the vote.

Among them is Conservative Leader Andrew Scheer's riding of Regina Qu'Appelle. Scheer won the seat by 5,342 votes in 2015 and there are 6,815 eligible First Nations voters according to the 2016 census.

In the northern Saskatchewan riding of Desnethe--Missinippi--Churchill River, there are almost 23,000 eligible First Nations voters and the seat was won by New Democrat Georgina Jolibois with only 82 votes in 2015.

The figures show that Indigenous voters could play a vital role this election and Bellegarde said he encourages First Nations to embrace the concept of "dual citizenship."

Bellegarde said he only voted for the very first time in 2015 and he doesn't feel any less Cree, nor any less a member of the Little Black Bear First Nation of Saskatchewan, for exercising the right to vote in a Canadian election.

Indigenous voter turnout broke records in 2015, with a 14-percentage point increase for on-reserve voters to 61.5 per cent.

"I want to see that number go up because that's the way you influence any future member of Parliament," he said.

"First Nations issues and priorities are important, our voice matters, our priorities matter. We're going to matter in this election because we vote now."

This report by The Canadian Press was first published Oct. 9, 2019.