Risk Trudeau blackface photos could be exploited ahead of vote: U.S. study 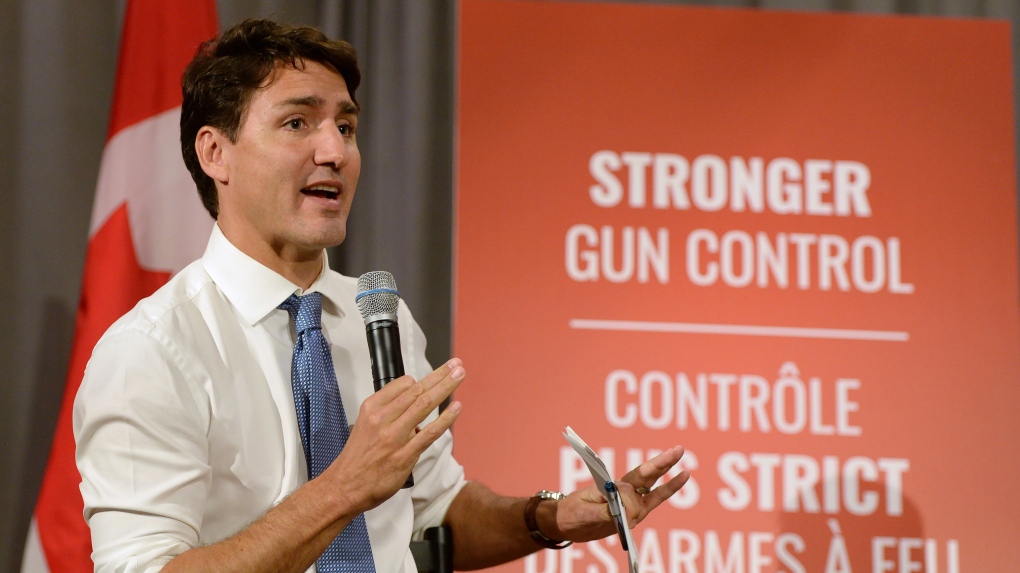 Leader of the Liberal Party of Canada, Justin Trudeau, participates in a discussion with healthcare professionals about the need to end gun violence in Toronto on Monday, September 30, 2019. THE CANADIAN PRESS/Ryan Remiorz

OTTAWA -- A new U.S. study is warning Canadians that the photos and video of Justin Trudeau in black- and brownface are ripe for exploitation by those seeking to spread confusion, division and hate ahead of the Oct. 21 vote.

Researchers from the Harvard Kennedy School's Shorenstein Center say they are already seeing fake images related to the controversy circulating online, and being shared among prominent U.S. operators who have amplified disinformation in the past.

There's the real risk of a chilling effect on the Canadian election, the researchers say. Unable to discern real from fake, people will just disengage from politics altogether.

"The result is far fewer voices and much less vibrant and healthy elections--and democracies," the Technology and Social Change Research Project concludes.

There are a number of aspects of the Trudeau controversy that make it vulnerable to disinformation and its effects, said Jon Penney, one of the lead researchers on the project.

Trudeau's inability to say with certainty whether more photos or images exist opens up space for hoaxers to just create their own. The fact one of the confirmed images came from an old grainy video motivates people to comb through similarly unclear old files to shame candidates or spread confusion. That conspiracy theories are also circulating about why and how the real images went public in the first place is another factor.

Meanwhile, so-called "cheap fakes" -- easily doctored images and graphics -- are already emerging in the form of fake ads or the racist doctoring of real ones, or memes that just recycle crude racial stereotypes. That creates an environment that can push away minority voices seeking to speak out against the racism. At the same time, fakes intended as satire can quickly gain currency as "real" stories, Penney said.

Altogether, it adds up, he said.

"These are the sorts of conditions that we see normally exploited by bad actors, usually closer to election days."

The U.S. research was funded by a Canadian project studying the use and impact of social media during the 2019 federal election.

It's being released Thursday in connection with the latest results in a similar ongoing Canadian study examining how voters' points of view are being shaped by the information they consume as election day approaches.

While the U.S. study focused on specific online sources known as generators of hoaxes and other fake news, the Canadian researchers were tracking large-scale discussion of the black- and brownface incidents on Twitter and Facebook.

They found wide discussion in the immediate hours after the first photo surfaced, with the vast majority of links pointing people to traditional news sources, as opposed to the discussion being hijacked to drive people to nefarious content, as sometimes happens in breaking news situations.

Conservative partisans were more likely to try to keep the conversation going, but their tweets and posts rarely reached across the partisan divide, the study also found.

Three days later. the large-scale discussion has all but disappeared, the research concluded.

But, both the Canadian and U.S. teams pointed out, that doesn't mean it isn't still happening at all.

Penney said his team is watching memes being created in low-level Facebook groups moving into people's personal Facebook timelines, and from there -- as has happened in the U.S. -- they could easily take off.