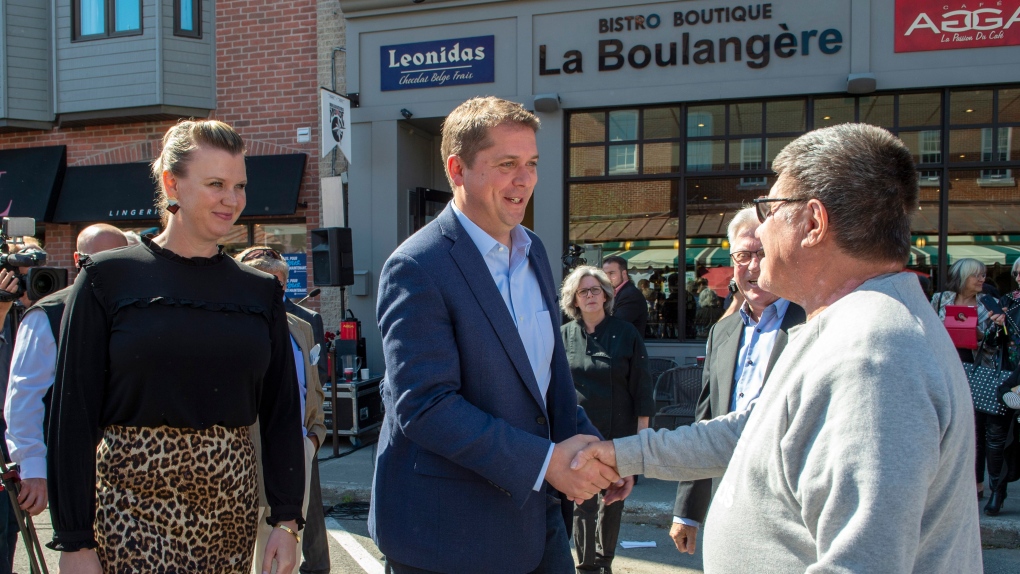 SAINT-HYACINTHE, Que. -- Conservative Leader Andrew Scheer is adding another tax credit to his list of campaign promises, this time reducing the tax burden for Canadian seniors.

Scheer is in southwestern Quebec this morning where he says he will increase the Age Tax Credit to save individual seniors up to $150 and couples as much as $300.

The age credit is income-tested so the amount goes down as net income goes up and is not available at all to seniors who make more than $87,750.

Scheer is pushing on with his campaign as planned while the Liberal campaign deals with the fallout from now three videos and photographs of leader Justin Trudeau dressed in brownface or blackface in his teens and 20s.

Scheer is campaigning in three Quebec ridings -- two held by the NDP and one by the Liberals -- where his party finished a distant fourth in 2015.

However, his day began with an unexpected delay when the floor of the bakery hosting Scheer's announcement began to fall, forcing the event outside.