Security, housing, pharmacare: This is what each party is promising seniors 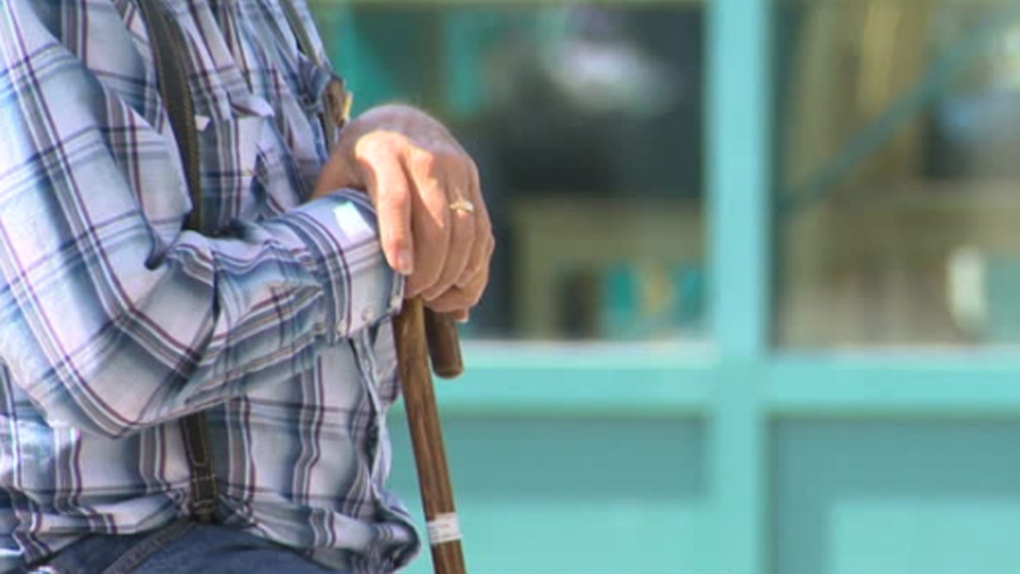 A senior citizen is pictured in this file photo.

As Canadians mark National Seniors Day, most of the major parties have started releasing their plans to improve the lives of the country’s senior citizens.

From increased income support to more accessible housing, here is how the federal parties are hoping to woo this important cohort of voters ahead of the election.

According to their fully costed platform that was released on Sept. 29, the Liberals plan to increase Old Age Security by 10 per cent for seniors once they reach the age of 75 and they will continue to raise it along with inflation.

The party claims this measure will lift more than 20,000 seniors out of poverty and give greater financial security to more than three million seniors every year. The increase will mean up to $729 in additional financial help every year for most seniors, the platform said.

The Old Age Security increase, which would take effect in July 2020, would cost the government $1.6 billion in 2020-21 and rise to $2.6 billion in 2023-24, according to the Parliamentary Budget Officer’s assessment.

The Liberals also promised more help for seniors whose partners have died by working with the provinces and territories to increase the Canada Pension Plan and Quebec Pension Plan survivor’s benefit by 25 per cent. This increase would be worth up to $2,080 in additional benefits for seniors, the party said.

In additional to financial assistance, the Liberals have vowed to tackle the issue of elder abuse. The party said it will determine a national definition for elder abuse, invest in better data collection and law enforcement, and establish new penalties in the Criminal Code relating to the problem.

On Sept. 19, the Conservatives announced they will increase the Age Tax Credit by $1,000 to reduce the tax burden for low and middle-income seniors.

According to the party, the boosted credit will save individual seniors up to $150 and couples as much as $300 per year.

Because the age credit is income-tested, the amount will decrease as net income increases, which means it won’t be available to seniors who earn more than $87,750 in annual income.

In its analysis of the plan, the Parliamentary Budget Officer (PBO) said the proposal would cost the government $553 million in the 2020-21 fiscal year and increase to $784 million by 2028-29.

While the NDP hasn’t made any official announcements pertaining to seniors on the campaign trail yet, the party’s website has a section containing promises to provide security for that segment of the population.

The party said they will lead a “national seniors strategy” that will work with provinces, territories, and Indigenous governments to prioritize seniors’ healthcare, reduce isolation, and tackle poverty. As part of this initiative, the NDP said it will introduce a funded national dementia strategy and elder abuse prevention plan.

The NDP said its proposed “national pharmacare for all” plan will save seniors hundreds of dollars every year by providing them with the prescription medicine they need.

Additionally, the party said it will put in place a one-year grace period for low-income seniors at risk of having their Guaranteed Income Supplement (GIS) benefits suspended for being unable to file their taxes on time.

For those seniors who are caregivers to a loved one, the NDP promised to make life more affordable for them by making the Canada Caregiver Tax Credit refundable. The party said this will provide thousands of dollars to low-income caregivers.

Lastly, the NDP said its commitment to create half a million affordable housing units in the next decade will include accessible options to give seniors more choices and support for intergenerational co-housing solutions.

The Greens have vowed to increase the Canada Pension Plan’s target income replacement rate from 25 per cent to 50 per cent of income received during working years at a cost of $4.9 billion by the fiscal year 2024-25.

Like several other parties, the Greens have promised to address dementia with a national strategy of its own costed at $50 million by 2024-25 that would be developed in collaboration with health professionals and provincial and territorial governments. The strategy would support research, improve quality of life for patients and caregivers, and educate the public to increase awareness and reduce stigma, the party said on its website.

The Green Party has also promised to support “innovative home-sharing plans” and other measures to allow seniors to stay in their homes for “as long as possible” as well as create more long-term care beds in nearby facilities.

The party said it will amend Medical Assistance in Dying legislation to “ensure that everyone has the choice of dying with dignity.” As part of this promise, the Greens said they will allow advance directives and guarantee the right to draw up a “living will” so that individuals can limit or refuse medical intervention and treatment.

The Bloc Quebecois has proposed an increase of $1,300 per year to the Old Age Security (OAS) pension. The party has also promised additional benefits to beneficiaries of the Guaranteed Income Supplement (GIS) of up to $50 per month for individuals and up to $70 a month for couples.

Like the NDP, the Bloc has also proposed making the Canada Caregiver Tax Credit refundable.

In a press release on Sept. 29, the party said Leader Yves-Francois Blanchet plans to announce further proposals benefiting seniors later in the campaign. Some of these policies include lowering the price of medication, providing three months’ payment of a deceased person’s pension and GIS to a surviving spouse, automatic registration of all persons over the age of 65 to GIS, extending employment insurance benefits to caregivers, and introducing tax incentives for those who want to work past the age of 65.

In an emailed statement to CTVNews.ca on Tuesday, PPC spokesperson Martin Masse said the party has not developed any platform promises related to seniors in this campaign.