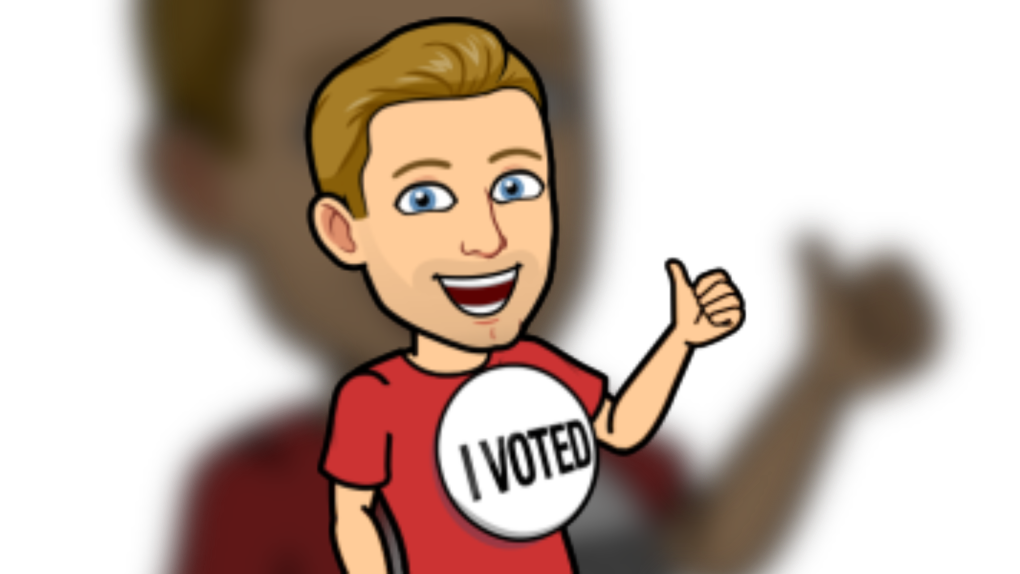 An example of one of the Bitmoji stickers Canadian Snapchat users will be able to use on Election Day. (Snapchat)

In an effort to encourage young Canadians to exercise their civic duty on Oct. 21, Snapchat has teamed up with Elections Canada to persuade the app’s users to register to vote.

The social media app, which is most popular among teenagers and young adults, will offer Canadian users a variety of new election-themed features, including new voting filters selfies, a “Snap Map,” and stickers and filters from the Canadian-founded brand Bitmoji.

“Snap’s approach is focused on helping our young audience in Canada make informed choices about this election and removing barriers to their civic participation,” Snap, the company behind the app, said in a statement on Tuesday.

For those who might be wondering if Snapchat fans are even old enough to vote, the social media service explained that approximately 80 per cent of their users in Canada are in fact 18 years of age or older.

The company said it’s interested in providing registration and voting information to their “hyper-engaged” community across Canada after Elections Canada data showed that only 57 per cent of 18 to 24 year olds voted in the 2015 federal election.

To achieve this, Snap said its new filters, which were available in English and French during the week of Sept. 17, linked to Election Canada’s online voter registration service.

Additionally, the app will send out a nationwide snap to all of its voting-aged users reminding them to vote on Oct. 21.

On the actual Election Day, Snapchat will launch its “Snap Map” that will guide visitors to their assigned polling station. They will also have access to a variety of voting-themed filters and augmented reality “face lenses,” including one with the text “I voted.”

There will also be new Bitmoji stickers and filters related to the election.

“These creative tools are designed for sharing, so they’ll help spread the word,” the company said. “And once you use one of our creative tools, your Bitmoji avatar on the Snap Map (Actionmoji) will change into an ‘I Voted’ Actionmoji to reflect that you’re engaged in the election!”

Snapchat cited its involvement in the 2018 midterm elections in the U.S., where it claimed it helped more than 400,000 people register to vote, as evidence of its “strong tradition of promoting civic engagement” to their young audience.

“We believe that the most powerful form of expression is exercising your right to vote,” Jennifer Stout, global head of public policy at Snap, stated. “We’re proud to work with Elections Canada to provide our Canadian users with the information they need to vote in 2019!”