Stock of Canadian data products worth up to $218 billion: StatCan report 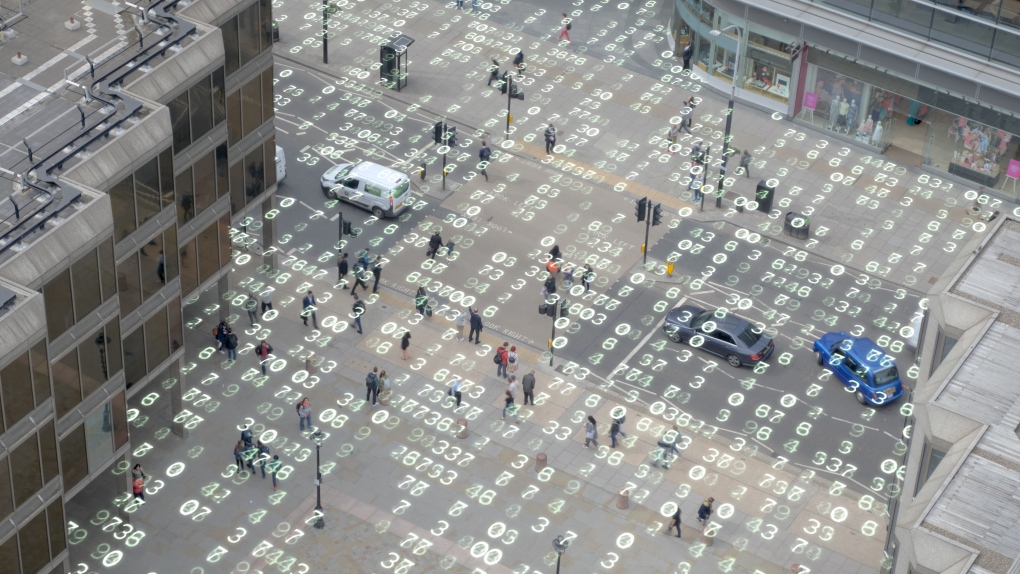 VANCOUVER -- This federal election, all the major parties have made some promises to look at how Canada regulates one of our most valuable resources: data. Now, for the first time, we know just how much our data is worth.

The value of data to the Canadian economy and businesses is estimated to be between $157 billion and $218 billion, according to Statistics Canada.

The number represents the value of the stock of data, databases and data science across the country in 2018 and is the first time a national statistics office has published a comprehensive estimate.

“That's about two-thirds of what we have for the reserves of established crude oil,” which is valued at about $300 billion, says Brenda Bugge, lead author of "The value of data in Canada: Experimental estimates."

“Everyone now, from businesses to governments to nonprofit organizations,” is digitizing everyday actions and observations, explains Bugge in an interview with Kevin Newman for Attention Control.

From walking through a turnstile to trucking goods across the country, these activities are being documented and used by organizations to improve their work.

The $218 billion reflects the amount of data in Canada used for production and is the first time the economic value of data has been calculated. “It's a very important first step in making sure that our statistical measurement of the economy is accurate,” says Bugge.

Bugge, along with statisticians Philip Smith and James Tebrake, developed a methodology to calculate the value of the stock of data, databases and data science in Canada.

Now, the team is working with the Organisation for Economic Co-operation and Development and the International Monetary Fund to refine the methodology and the U.S. Bureau of Economic Analysis (BEA), which collaborated on this project, is working on an estimate for the U.S. data economy.

Bugge also helps calculate Statistics Canada’s GDP number, which measures economic activity and is one of the benchmarks for policy and investment decisions. Currently, it does not include the value of Canada’s stock of data. But in future it could, meaning Bugge may have helped pioneer a significant change to how GDP is calculated.

Increasingly, the economy and “our lives are changed by data and the uses of data,” says Bugge. “I hope that this research will help inform decisions and it will increase the effectiveness of our measure of these activities.”

While Canada is leading the world when it comes to calculating the value of data, we’re still far behind when it comes to a national data strategy that would provide a framework for how our data is collected, protected, regulated and used say academics, researchers and businesses.

The estimates from Statistics Canada highlight “the need for Canada to create a national data strategy that would harness the economic potential of data and to deal with the non-economic effects of data, as well,” wrote Jim Balsillie, former CEO of Research in Motion (RIM) in an email to Attention Control.

All the federal parties have acknowledged the need for more policies on how Canada manages data, says Brian Kelcey, Vice President of Policy & Public Affairs with the Toronto Region Board of Trade. Kelcey is part of the Canadian Global Cities Council (CGCC), an organization representing eight metro chambers of commerce across Canada. The organization recently published an election playbook calling on the federal parties to develop a national data strategy.

For Kelcey’s members, a national data strategy is going to be “pivotal, in a matter of years, maybe months,” to ensure Canadian businesses are responsible and effective players in the tech industry.

Canada is lagging behind other jurisdictions when it comes to developing a national strategy, says Kelcey, pointing to the European Union’s General Data Protection Regulation (GDPR). But that also means there’s different models Canada can learn from.

“We think it would be a mistake, from a commercial standpoint, to start from scratch,” he says. He believes whoever is elected this October needs to shape a Canadian strategy that is also compatible with how business is done in other jurisdictions around the world.

What the party platforms say on data

Here’s some of what the major parties have promised in their electoral platforms when it comes to Canada’s data economy:

Promises to move forward with a Digital Charter that would be overseen and enforced by a more powerful Privacy Commissioner. The Charter would establish a rights for online users and give people more control of their personal data, allowing them to remove basic data from platforms, have a better idea of how their data is being used and who has access to it and challenge the amount of data an organization has collected on them.

Will require companies to use more understandable language to get consent to collect people’s personal data. They also plan to establish a Cabinet committee on cyber security and data privacy that would coordinate a government data policy.

Would strengthen privacy protections by giving more power to the Privacy Commissioner, establish a right for people to have their data removed from company databases and establish a parliamentary inquiry to look at modernizing privacy laws and data collection.