The Liberals broke their promise on electoral reform. Will it hurt them in 2019? 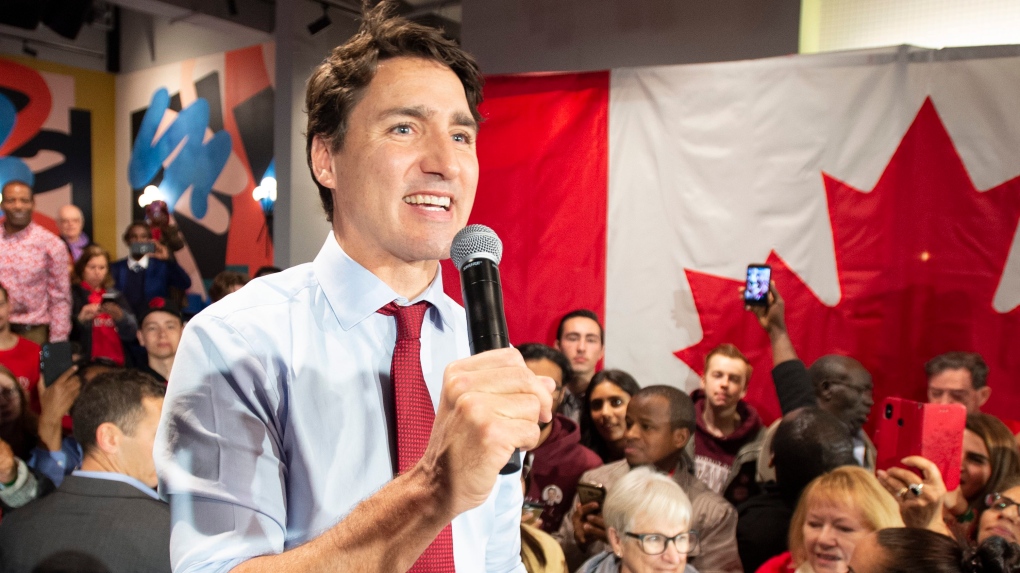 OTTAWA -- Andrew Cash thinks the Liberal promise to bring in electoral reform might have cost him his job.

He also believes the fact that the Liberals abandoned the pledge, which he said is one of many reasons why progressive-minded voters are disenchanted with Justin Trudeau and his government, could help him get that job back in the Oct. 21 election.

The New Democrat candidate in the downtown Toronto riding of Davenport lost by a narrow margin -- 1,441 votes, or about three percentage points -- to Liberal Julie Dzerowicz in the 2015 election, one of many upsets in the red wave that swept across the country.

Cash, who is now running there again, says electoral reform is one of the issues that comes up, unprompted, when he knocks on doors.

"It comes up for people for whom that was a really important thing in the last election and it also comes up with people who are just sort of really frustrated with the system the way it is right now," Cash said in an interview days before the campaign began.

Trudeau promised, repeatedly and unequivocally, that he would get rid of the current first-past-the-post voting system in time for 2019. The Liberal platform said the 2015 election would be the last for the traditional way of electing MPs: there'd be reform legislation before Parliament within 18 months.

That bold declaration made things a little awkward for the Liberals when they decided, after a series of stumbles, to walk away.

The New Democrats and Greens, who have long called for proportional representation, howled in protest.

The Conservatives, who were against changing anything without a referendum, made political hay of the flip-flop.

The main rationale Trudeau gave for breaking the promise was that apart from a minority of passionate proponents of electoral reform, Canadians were not, in his view, that insistent about changing the way they cast ballots in federal elections after all.

Previous attempts in Ontario, Prince Edward Island and British Columbia have failed, sometimes more than once. That lack of widespread interest was seen as one reason Trudeau could emerge from the controversy with his own electoral fortunes intact.

NDP Leader Jagmeet Singh brought renewed attention to the issue this week when he detailed what it would take for his party to support a minority government in Parliament, saying they would push the next government to change the system.

Still, electoral reform is not listed as one of Singh's six specific conditions for support. During an event with Cash in Toronto on Saturday, Singh called electoral reform an essential, but not urgent issue for people's lives.

The Liberals came to power on high expectations.

They need to convince voters passionate about the progressive causes they championed in 2015 to stick with them, even though they might be disappointed over the choices they have made over the past four years, such as purchasing the Trans Mountain pipeline expansion project or how they handled the SNC-Lavalin affair.

David Coletto, chief executive of Ottawa-based polling firm Abacus Data, says he does not think electoral reform, as an issue, is a motivating factor for enough people to have an impact on the outcome. Electoral reform as a prominent broken promise, however, could be different.

"It was part of a wider set of decisions the government made that has disappointed many of those who voted for them," says Coletto.

That includes Davenport, where Fair Vote Canada asks people to vote for Cash or the Green party candidate, Hannah Conover-Arthurs, over Dzerowicz, the Liberal incumbent.

Proportional representation aims to have the numbers of MPs in the House of Commons align more closely with the popular vote.

The current system of first-past-the-post means the candidate with a plurality of votes in each of 338 ridings wins the seat. It's simple and familiar. It meant the Liberals' 39.5 per cent of the popular vote in 2015 gave them a majority government with 184 seats.

Trudeau himself had favoured a ranked-ballot system, where voters can transfer their votes to second and third and fourth choices in split races if their preferred candidates come last in successive rounds of counting.

The Conservatives are not calling for electoral reform. This time around, the Liberal platform is silent on the issue.

The Quebec government has proposed legislation to hold a referendum on changes there in 2022.

Real Lavergne, the president of Fair Vote Canada, said he believes Trudeau aimed his electoral reform promise at Canadians who would otherwise have voted for the NDP or the Greens, causing many to vote strategically for the Liberals.

"It was like a deal: vote for me this time and you won't have to do it ever again," said Lavergne.

Melanee Thomas, a political-science professor at the University of Calgary, said the desire for change after nearly a decade of former Conservative prime minister Stephen Harper likely played a bigger role in how people voted than an issue like electoral reform did.

Still, Thomas said the promise of electoral reform might have convinced more people to vote strategically in 2015 than usually would.

Thomas, who studies voter behaviour, said she expects strategic voting to return to playing a minimal role in why people vote.

"I think all this has done is dropped enthusiasm for the potential for strategic voting," she said.

Leadnow, another registered third-party group in favour of electoral reform, devoted its efforts to a strategic-voting campaign in the 2015 election.

This time around, however, Leadnow is focusing on climate change.

Fair Vote Canada is also endorsing a handful of other candidates who have expressed support for electoral reform.

That includes Liberal Nathaniel Erskine-Smith, who apologized to his constituents when the Trudeau government halted its efforts on electoral reform.

Erskine-Smith is seeking re-election in Beaches-East York, another Toronto seat the Liberals took from the NDP in 2015.

The issue does come up at the doorstep and he shares voters' frustration when it does, he said, but tries to focus on the good things he thinks the Liberals have done.

"I think we have to be wary of the promises that we make if we can't keep them, and how we walk away from promises, because we don't want to create cynicism," he says.

This report by The Canadian Press was first published Oct. 12, 2019.