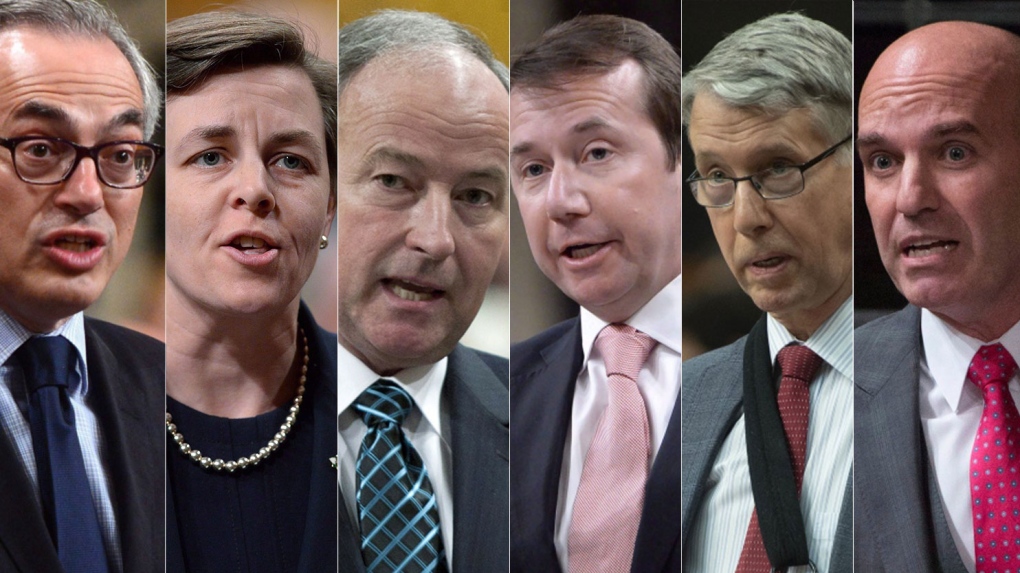 OTTAWA -- A few key electoral districts will consume the attention of policy wonks and #cdnpoli nerds across the country on election night. Each hold the ghosts of politicians’ past, most of whom made a splash during their careers, some long-lived, others all too short.

The Nova Scotia riding of Kings-Hants will welcome a new face to their community’s top political post after 22 years of representation under former Liberal MP Scott Brison.

In a very public January announcement to his constituents, Brison said he was looking forward to the next chapter, including spending more time with his husband and four-year-old twins.

He served as MP for the largely rural community as both a Conservative and a Liberal and was appointed a cabinet minister under both Prime Ministers Paul Martin and Justin Trudeau.

The timing of his departure came at an interesting time for the Liberals, and specifically for the prime minister’s inner circle. The cabinet shuffle that trailed Brison’s departure sparked what would later become the biggest political scandal to engulf the Trudeau camp since taking power in 2015.

But Liberal strategist Greg MacEachern says the drama of the SNC-Lavalin scandal will be a distant afterthought when Canadians reflect back on Brison’s decorated career.

“He was the first openly gay cabinet minister, which is huge. As well from a political perspective the fact that he changed parties when he did, he symbolized the evolution of the Liberal party as accepting so-called ‘Blue Liberals.’”

MacEachern said it will be difficult for Blois to secure the same popularity held by his predecessor.

“It’s a Brison riding, so the Liberals will have to work hard for it.”

Following in Brison’s retirement footsteps is his former colleague Andrew Leslie who announced he’d be stepping away from politics in May after just a single term representing constituents in the Ottawa-area riding.

In an open letter to his Orléans constituents, the retired lieutenant general declared it’s time “to take a new path.”

Expectations were high for Leslie and many insiders viewed it as a snub when he was deprived of cabinet seat.

“If Andrew Leslie re-offered, he would have ended up in cabinet. I think there were a lot of lessons learned by the Trudeau administration over the last four years, especially in 2019, about how to build a cabinet,” said MacEachern.

As parliamentary secretary to the foreign affairs minister, Leslie witnessed Canada embark on a fierce trade battle with the U.S to tease out NAFTA 2.0.

“It was a fascinating time to be there,” said Leslie, who also commended the efforts of Canada’s senior trade officials and diplomats including David MacNaughton for getting the job done.

But after almost 40 years of either being a solider or a member of parliament, it was time for Leslie to “find something new and have fun while doing it.”

The Liberals haven’t yet nominated their 2019 hopeful for the Orléans riding. The chosen candidate will go up against the Conservative’s David Bertschi, the NDP’s Jacqueline Wiens, the Green’s Michelle Petersen, and the PPC’s Roger Saint-Fleur.

The Ont. riding of Simcoe-Grey will also welcome new leadership after Conservative MP Kellie Leitch announced she’d be leaving politics in January of 2018.

First elected in 2011, Leitch said she’ll be returning to medicine where she practices as a pediatric orthopedic surgeon.

Over the course of her political career she held two cabinet portfolios: status of women and labour.

She landed herself in more than a few headlines, namely when she launched her Conservative leadership bid in 2016 – aligning herself to then U.S. president-elect Donald Trump and pitching the launch of a new anti-Canadian values screening test.

“At the root of the kind of person Kellie Leitch is, I do think she has the public interest at heart,” said Conservative strategist Kate Harrison. “Unfortunately I think it’s going to be hard to shake some of the more divisive comments she made during the leadership race from her political legacy.”

Despite losing the race and dropping major points in the party’s popularity ranking, Leitch remained firm on her more provocative views but ultimately bowed out after almost a decade in the political scene.

Terry Dowdall, who won the Conservative nomination in March 2018, will fill Leitch’s role this election. He’ll go up against Liberal candidate Lorne Kenney, and Green candidate Sherri Jackson. The NDP and PPC have yet to name their representatives.

“I don’t think that seat was held because of a certain individual, I think it’s largely the party banner that carries it.”

Tony Clement is also among the ranks of high-profile MPs not seeking re-election in 2019.

Once a prominent Conservative representative, Clement now sits as an Independent after a sexting scandal got him booted from caucus.

In an interview with Evan Solomon on CTV’s Question Period this spring, following the events that led to his political demise, Clement said he’d fear being a negative distraction for the Conservatives in the 2019 election and wouldn’t consider running as an Independent nor a PPC candidate.

“Tony’s issues are recent ones, so that’s what’s going to stick with people now but if you’ve been involved with the Conservative Party for over 10 or 20 years, the name Tony Clement is a familiar one and it’s because he held really prominent roles,” said Harrison.

The veteran politician occupied various positions in the Progressive Conservative cabinet in Ontario before entering into the federal ring in 2004, when he ran for leadership of the newly created Conservative Party of Canada against Stephen Harper and Belinda Stronach.

He came in third and didn’t earn a seat in the House of Commons until 2006. He served as minister of health under Harper’s directive and later reattempted a leadership run in 2016, but pulled out a few months into the race.

Also in Ontario, the riding of Niagara Falls will face a shakeup as long-time Conservative MP Rob Nicholson announced his departure from politics in April.

Nicholson is currently the longest sitting Conservative member of Parliament and has served under the leadership of three different party leaders. He held a variety of top cabinet positions, among them: minister of justice and attorney general; minister of national defence; and minister of foreign affairs.

“I was asked by John Diefenbaker when I was 13, did I want to become a Conservative MP in Niagara Falls?” said Nicholson. “To be able to have served seven terms is something beyond what I ever thought could happen.”

He says many of the issues that occupied the interests of his Niagara Falls constituents when he first started – like tourism and border maintenance and security – remain priorities today.

At 66, he said it’s time to spend more time with his family.

The Conservatives’ replacement in the riding is newcomer Tony Baldinelli, who will battle it out against Liberal candidate Andrea Kaiser, NDP candidate Brian Barker, Green candidate Sandra O’Connor, and PPC candidate Alex Taylor.

“I always say to people, find out what’s happening in the Niagara area and you can have a pretty good feeling of how things are happening across the country,” said Nicholson.

Last on our list is high-profile NDP MP Nathan Cullen who is also stepping down from his post as MP for the British Columbia electoral district of Skeena-Bulkley Valley.

Cullen – who in 2012 sought leadership of the party following Jack Layton’s passing – joins 12 other New Democrats who have chosen not to seek re-election this fall. He cited family obligations as the main impetus for his departure.

First elected to the House of Commons in 2004, Cullen quickly made a name for himself as a dedicated advocate for Indigenous and environmental rights.

“…These past fifteen years have been a great adventure and challenge. I have experienced this work as a powerful vocation and calling, and I have given it my full heart and mind,” Cullen wrote in a statement.

He served as Opposition House Leader and critic for finance, natural resources and youth. Cullen was well-regarded not only by people in his riding who voted him in year-after-year, but also by politicians on either side of the aisle.

In 2018, he was awarded top parliamentarian of the year by Maclean’s magazine which is voted on by MPs across the spectrum.

NDP strategist Karl Bélanger says, while Cullen’s exit is a major loss for the party this fall, no one election is dependent on a single person, no matter how successful or well-liked Cullen was. He expects the riding to remain orange.

“It was a riding that voted over 50 per cent for the NDP last time, which has been the case in every election except the first one. There is a strong NDP base,” said Bélanger.

Albeit, curated by Mr. Cullen.

As it stands today, the Conservatives are the closest to reach a full roster of candidates at 337 representatives. The People's Party of Canada trails closely behind at 321, the Green Party sits at 320, the Liberals are at 307, and the NDP are at 280.