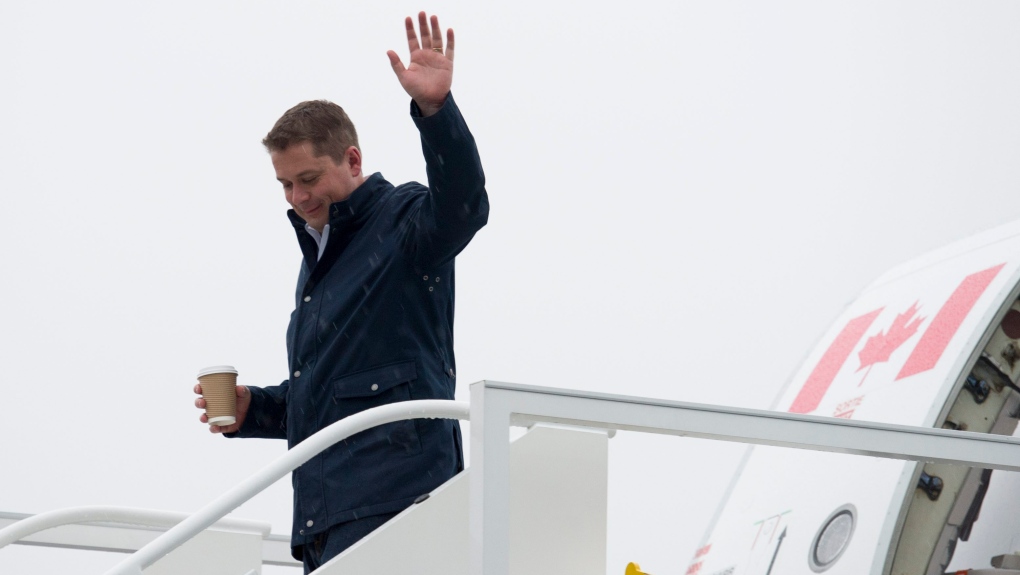 MONTREAL -- The Conservatives pledged Wednesday to work with provinces and municipalities to stop raw sewage from being dumped in waterways, though they did not specify how.

Leader Andrew Scheer is off the campaign trail today to prepare for a debate, leaving Quebec lieutenant Alain Rayes to make the announcement.

"The sanitation of waterways will be one of the priorities of our environmental plan," he said.

"It's an urgent and enormous task and because we respect the prerogatives and responsibilities of the provinces, as outlined in our constitution, we will work with the municipalities to stop untreated water being released in our waterways."

Rayes stood next to the St. Lawrence River, where the city of Montreal dumped eight billion litres of sewage, just after the 2015 election, because a major pipe needed repairs.

Environment Canada says between 2013 and 2017, more than one trillion litres of untreated wastewater are known to have leaked or been purposely dumped across Canada.

The Tories say sewer systems in many municipalities aren't able to manage waste in an environmentally responsible way. They blame inadequate infrastructure, saying the Liberal government hasn't pushed critical funding for projects out the door.

The Liberals have dedicated $9.2 billion over 10 years to green infrastructure, including waste and wastewater systems, and have pledged a $1 billion addition to a disaster mitigation and adaptation fund, which can go to shoring up water and wastewater prone to flooding.

The Greens have promised to "turn off the pollution taps flowing into coastal waters including municipal sewage and industrial effluents." The NDP has promised a national freshwater strategy.

This report by The Canadian Press was first published Oct. 2, 2019.