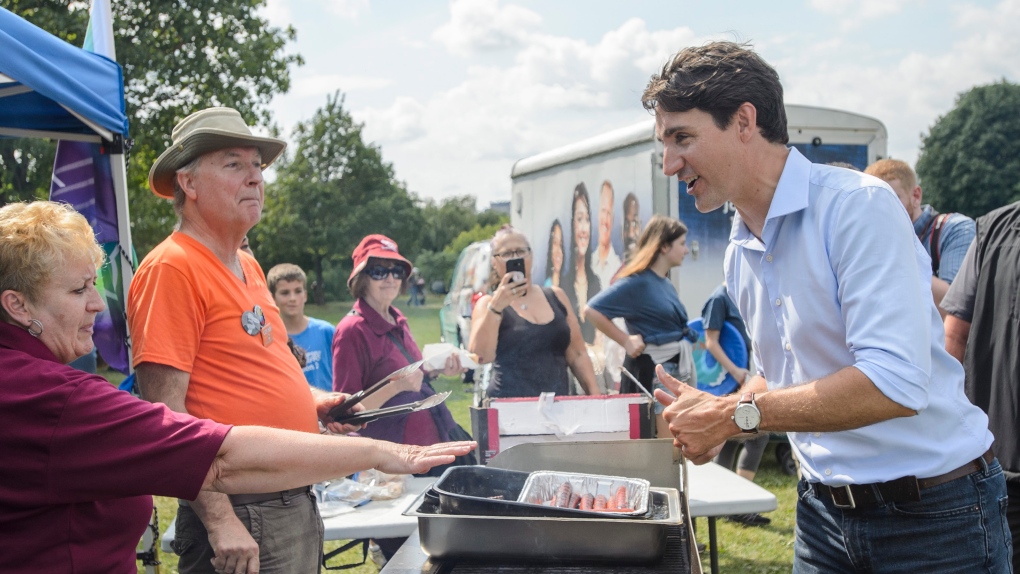 OTTAWA -- Prime Minister Justin Trudeau will only participate in the two federal election debates organized by the Leaders’ Debates Commission, and potentially an additional French-language debate, the Liberal Party has confirmed.

The two Commission debates are being produced by the Canadian Debate Production Partnership (CDPP). The English debate will be held on Oct. 7 and the French debate is on Oct. 10. Both will take place at the Canadian Museum of History in Gatineau, Que.

Trudeau will skip two other debates that other party leaders have said they will take part in: the Maclean’s/Citytv national leaders’ debate on Sept. 12 and the Munk debate on foreign policy on Oct. 1.

“The Commission was established after the last election where the governing party tried to game the system and make sure the fewest number of Canadians engaged in the debates. We think that’s wrong,” said Daniel Lauzon, who is directing the Liberal campaign’s communications and policy.

Lauzon said the Liberal campaign is also in talks with Quebec television network TVA about taking part in a separate debate that network is organizing, and that pending “ongoing discussions,” Trudeau will take part.

These two debates will be streamed free online and will be translated into several languages, including some Indigenous languages. They will also feature sign language interpretation, closed captioning and described video services.

The Conservatives have pounced on Trudeau’s “refusal to participate” in other debates.

"These debates will shape how Canadians make their decision at the ballot box. Trudeau is trying to shut them down because he’s afraid to defend his record,” said Scheer in a statement.

In 2015, Trudeau criticized then-Conservative leader Stephen Harper for not participating in all debates he was invited to, over what was a much longer election campaign than what is expected now. Trudeau has until Sept. 15 to ask the Governor General to draw up the writs for all 338 ridings and launch Canada into a five- or six-week election campaign.