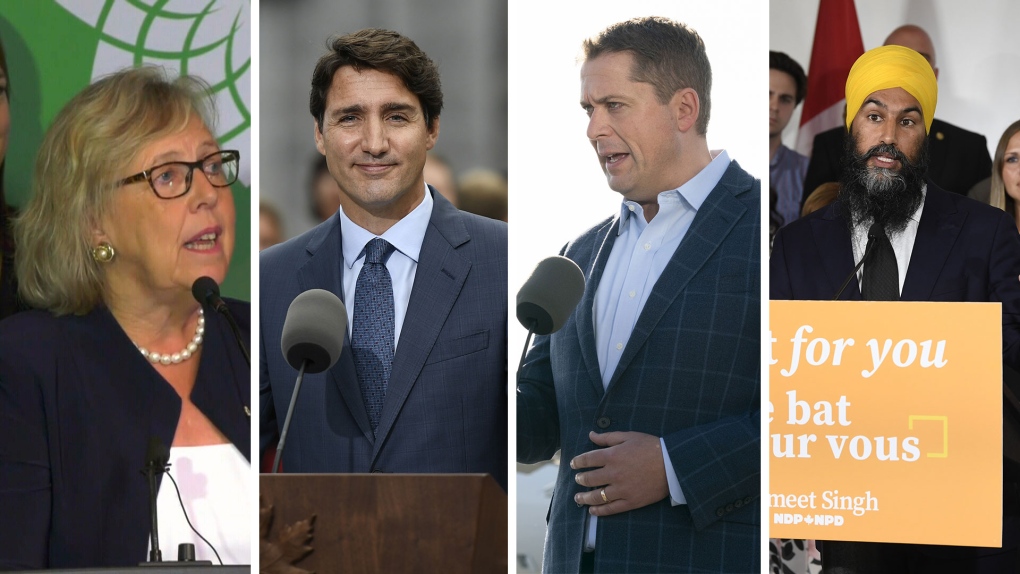 OTTAWA -- The Liberal and Conservative leaders are both in key election battlegrounds today, Justin Trudeau in B.C.'s Lower Mainland and Andrew Scheer in southwestern Ontario.

Scheer starts his day just outside Niagara Falls before making stops in Cambridge, Kitchener and London, alongside Conservative candidates who are all trying to take ridings back from Liberals who won in previously Tory areas.

Trudeau is making an announcement in mid-morning Pacific time, at a company in Burnaby working on cutting-edge battery technology for uses such as electric vehicles.

The announcement is in the riding of Burnaby South, which is held now by NDP Leader Jagmeet Singh.

Singh is doing some counterprogramming, making an announcement on climate change in Winnipeg and then continuing west to appear in his home district for a town hall by the end of the day.

Meanwhile on the East Coast, Green Leader Elizabeth May is making a morning announcement at a post office in Sackville, N.B., before moving on to Halifax.