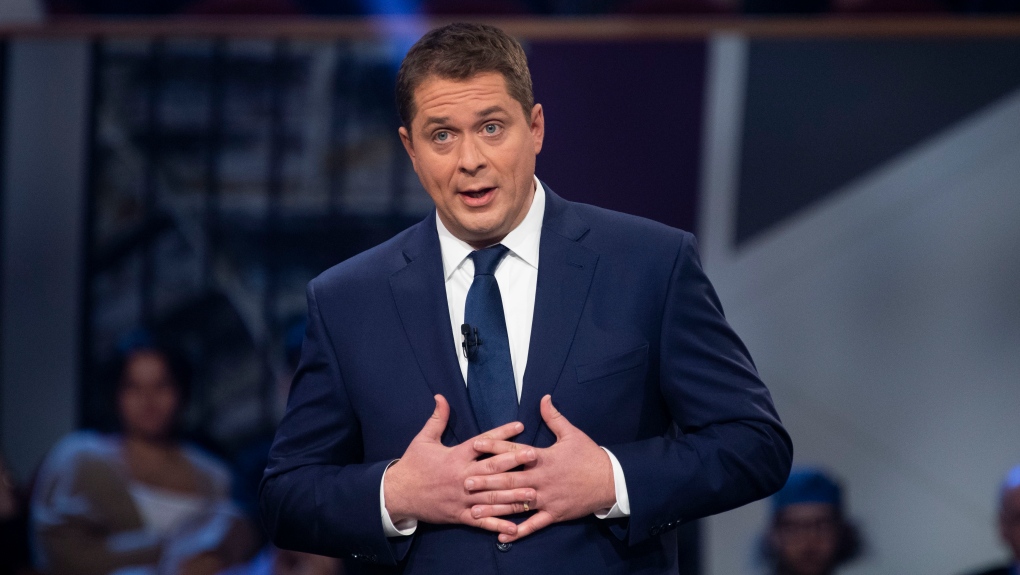 TORONTO -- The Conservative Party has been spreading misinformation to Chinese voters in multiple Facebook ads that falsely suggest the Liberals want to legalize all drugs.

Liberal Leader Justin Trudeau has made it clear this campaign that his party isn’t planning to legalize or decriminalize all drugs, as Portugal has done, as a means to confront the opioid crisis.

Instead, the Liberal platform promises a number of other measures including new investments for the provinces to support community-based services, such as safe-injection sites.

But several ads put forward by the Conservative Party are spreading confusion online.

The six ads, which can still be seen on Facebook’s ad library, show images of cocaine, suspicious packages and what appears to be someone injecting drugs with a syringe.

“Justin Trudeau’s Liberals have a plan to legalize hard drugs just like they legalized marijuana,” says one of the ads, overlaid on an image of Trudeau smiling. “Only Andrew Scheer’s Conservatives will stop Trudeau’s hard drug legalization plan and keep our kids safe.”

In a statement to CTV News, the Liberals were clear: “That is not in our plan.”

“This is yet another example of Conservatives copying the American right-wing playbook, spreading false information to scare and mislead voters,” party spokesperson Guy Gallant said in a statement.

“They released an ad about pollution pricing that environmentalists called ‘highly deceptive,’ spread a conspiracy about a notorious killer coming to Canada, brazenly branded anyone who isn’t a climate-change denier a ‘climate hypocrite’ and recently launched a website peddling to Canadians that there is a secret plan to tax people’s homes.”

Scheer defended the ads on Saturday, pointing to a push from some individual Liberal MPs at the party’s 2018 convention to consider decriminalizing drugs as a means to fight the opioid crisis. Supporters pointed to a plan put in place in Portugal in 2001 that led to drastic reductions in overdose deaths. From 2000 to 2008, drug-related court cases in the European nation dropped 66 per cent.

At the time, the federal Liberals made it clear they did not support the measure. Following the convention, Health Minister Ginette Petitpas Taylor said that the Portugal model may not work for a country of Canada’s size.

The Liberal Party’s stance has not changed.

Asked why the Conservatives ran the ads on their Chinese-language page, Scheer said the issue is something “Canadians have a right to know about.”

“High profile star candidates and members of Parliament have indicated their support for decriminalization. And when Justin Trudeau was asked this question specifically - the best he could come up with was that it was not something that he would do right away,” Scheer said Saturday in Burnaby, B.C.

In China, drug-related crimes can be met with the death penalty. After Canada legalized recreational use of cannabis, Chinese diplomats in Canada issued a public letter urging citizens to avoid cannabis and warning of “severe consequences.”

Asked whether the Conservatives would remove the misleading information, a party spokesperson said: “If Justin Trudeau tells us precisely when he is going to legalize dangerous drugs we will amend our ads to reflect the new information.”

The Facebook ads are not the first time the Conservatives have spread the lie. During the first French-language debate, Scheer accused Trudeau of harbouring a secret plan on drugs.

“This is your secret agenda – to legalize or decriminalize hard drugs,” Scheer said.

Last summer, public health officials in Toronto and Montreal also said they were in favour of decriminalization.

No major federal party has proposed legalizing all drugs.

The Green Party has proposed decriminalizing all drug possession, while the NDP’s platform says it would "commit to working with all levels of government, experts and Canadians to end the criminalization and stigma of drug addiction."