Truth Tracker: Did Trudeau really give 'the largest' waiver of cabinet confidence in history? 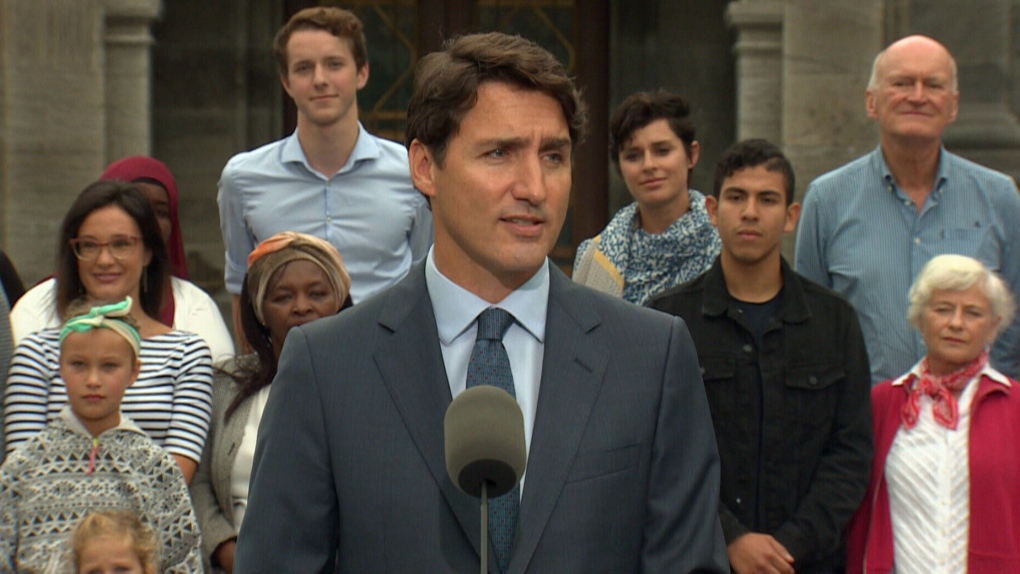 Liberal Leader Justin Trudeau speaks to the media on Sept. 11, 2019.

TORONTO - Forced to address the SNC-Lavalin scandal on the first day of the federal election campaign, Liberal Leader Justin Trudeau made a sweeping statement.

“We gave out the largest and most expansive waiver of cabinet confidence in Canada’s history,” he said in response to reporters’ questions about a Globe and Mail article that said the RCMP’s efforts to examine the SNC-Lavalin affair have been stymied by the government’s refusal to lift cabinet confidentiality.

But legal experts tell CTV News they’re not sure how Trudeau is measuring what he calls the most “expansive” waiver of cabinet confidence, let alone how true his claim is.

Some other examples from past years include former prime minister Stephen Harper approving confidence waivers for the RCMP investigation into the Senate spending scandal.

Conservative Leader Andrew Scheer also spoke about the SNC-Lavalin affair on the first day of electioneering.

“The RCMP is investigating into possible obstruction of justice charges in the prime minister’s office,” Scheer said Wednesday as he formally launched his campaign.

However, the Globe and Mail said Mounties want to thoroughly question witnesses as part of an “examination,” not a formal investigation.

The SNC-Lavalin affair has been trailing Trudeau for months, ever since former justice minister Jody-Wilson Raybould alleged that she was inappropriately pressured by the prime minister and his office to end the criminal prosecution of the Quebec engineering giant.

Wilson-Raybould, who is now running for re-election as an independent, confirmed to CTV News that she was interviewed by the RCMP on Tuesday about the SNC affair.

"I am not going to comment further on the nature of those discussions," she said in a brief statement.

Email us by clicking here or visit our Newsbreaker page