Truth Tracker: No, a U.K. child murderer is not immigrating to Canada 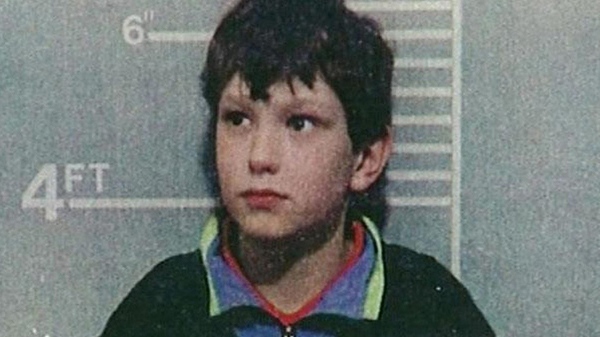 Convicted U.K. child murderer Jon Venables is not being sent to Canada to live under a new identity, despite widespread reports, including one shared by Conservative Leader Andrew Scheer, that suggested otherwise.

In fact, due to Canada’s tight immigration regulations, it’s highly unlikely that someone with such a criminal conviction would be allowed to enter the country, according to a Vancouver-based immigration lawyer.

“It is an absolute myth to suggest that there is a possibility this person is entering Canada unless they are a citizen or permanent resident,” lawyer Richard Kurland told CTVNews.ca in a telephone interview from Vancouver.

The false story began circulating on Saturday after U.K. tabloid The Daily Star published a report suggesting that Venables was being sent to Canada due to the high cost of keeping his identity a secret in Britain.

Venables was 10 years old when he and his friend Robert Thompson abducted and killed two-year-old James Bulger in 1993. Both were granted lifelong anonymity after being released from custody; however, Venables was later charged with additional offences related to indecent images of children.

In an email to The Canadian Press, a spokesperson for the U.K. Ministry of Justice called the story “categorically untrue.”

According to Kurland, Venables would have a legal right to enter the country if he held Canadian citizenship or permanent residency.

However, without proof of citizenship or a valid PR card, he would likely be denied a request for electronic travel authorization (ETA), required by foreign nationals travelling to Canada by air.

Venables is not known to have a connection to Canada, which makes it more unlikely that he would be granted entry to the country.

“In terms of immigration law and policy, there is not even a reasonable likelihood of this individual entering Canada for several years, if not decades,” Kurland explained.

The original report, which cited unnamed sources, was quoted in several other British and Canadian media reports and shared widely on social media.

On Sunday, Conservative Party Leader Andrew Scheer tweeted a link to U.K. tabloid The Daily Mail’s coverage of the story.

“Disturbing that this pedophile child killer might come to Canada. Apparently this isn’t the first time this has come up,” read the tweet. “As Prime Minister I won’t let him come here. Where does Trudeau stand?”

Disturbing that this pedophile child killer might come to Canada. Apparently this isn’t the first time this has come up.

As Prime Minister I won’t let him come here. Where does Trudeau stand?

Our country should not be a dumping ground for murderers, terrorists, and perverts. https://t.co/fGP5ZwRGWo

In a statement to CTVNews.ca, Mathieu Genest, spokesperson for the Office of the Minister of Immigration, Refugees and Citizenship Canada, criticized Scheer for spreading rumours.

“As we have seen in the past, Andrew Scheer will repeat any rumour or conspiracy theory he finds on the darkest corners of the Internet if it means he can continue to spread fear among Canadians,” he said.

“After a decade of cuts under the Harper conservatives, we reinvested in the services that keep criminals out of Canada.”

Genest refused to comment specifically on Venables, citing privacy laws, but noted that some people are considered inadmissible to Canada under immigration law.

According to that law, people can be found inadmissible for a number of reasons, including having a criminal record, posing a threat to Canada’s security, or having committed an act that would be a crime in Canada.

CTVNews.ca contacted Scheer’s team regarding the tweet. In an emailed statement, press secretary Daniel Schow said, “Mr. Scheer quite simply wants to know if Justin Trudeau would let this monster into Canada. Thus far, he has failed to clarify his position and Canadians deserve to know where he stands.”

Kurland chalks Scheer’s tweet up to political strategy ahead of the Liberals calling an election.

“Both sides are shovelling coal into political strategy hoping for a hit on election day,” Kurland said. “I’m expecting immigration nonsense from now until election day.”