Truth Tracker: What does the Liberals' gun ban really involve? 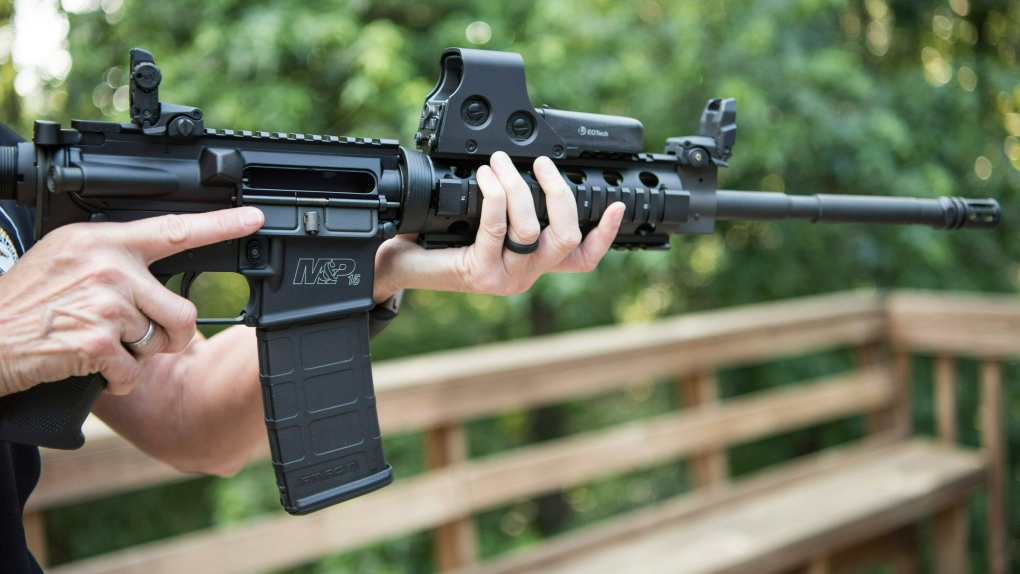 It’s no surprise that gun control is an election issue or that it is among the most divisive debates underway in Canada.

As expected, Justin Trudeau’s Liberals announced a plan last week to ban “all military-style assault rifles, including the AR-15” and to give the power to municipalities to ban handguns.

That prompted prominent gun rights advocate Nicolas Johnson, who operates TheGunBlog.ca, to write a post Sept. 20 that led with: “Justin Trudeau promised the biggest instant gun bans against hunters, farmers and sport shooters in Canadian history if he is re-elected prime minister.”

In a tweet a few days later, @thegunblog wrote: “Trudeau isn’t banning assault rifles. He is confiscating hunting and sporting rifles from hundreds of thousands of federally licensed men and women who obey the law, no matter how unjust or immoral. Criminal gangs and terrorists will keep their assault rifles.”

That’s sure to get the attention of gun owners, but it’s not accurate, at least not based on what the Liberals have revealed in their campaign promise, says history professor Blake Brown.

“It’s meant to be inflammatory and meant to encourage people to get involved in the election. The goal is create a unified front among gun owners,” he told CTVNews.ca in a phone interview.

Brown is the author of “Arming and Disarming: A History of Gun Control in Canada” and teaches at Saint Mary’s University in Halifax.

First of all, the Liberals have not identified what weapons are in the Liberal crosshairs, so it’s impossible to know how many guns or gun owners would be affected, says Brown.

“But I think it’s fair to say it’s probably not going to affect many farmers or hunters. It could affect some sports shooters who would then have to shoot something with a different loading mechanism,” he said.

In an emailed response to CTVNews.ca, Liberal spokesperson Carlene Variyan said the party would protect the rights of “law-abiding hunters and others” and pledged not to bring back the long-gun registry.

“Hunters do not use or need assault weapons,” she wrote.

It’s also inaccurate to say the ban would be “instant," Brown said.

“Gun control legislation takes a very long time. There will be lots of push back from the opposition and the public, so in no way would this be instant.”

He says he is “independent and unaffiliated,” and is frequently called upon by news media for his thoughts. Johnson’s post about the Liberal gun promise has been shared a few thousand times on social media, including by members of gun advocacy groups, yellow vesters and other far right organizations, and at least one candidate of the People’s Party of Canada.

Brown said the Liberals could grandfather some users for semi-automatic rifles that are newly banned, which would lower the cost of a buyback program in which Trudeau has promised to offer fair market value for assault rifles purchased legally.

However, when asked about the possibility of grandfathering, the Liberal spokesperson said: “Our proposal is to ban military-style assault rifles.”

In terms of when the Liberals plan to specify which semi-automatic weapons will be banned, Variyan wrote that a re-elected Liberal government would allow the “expert, non-partisan Canadian Firearms Program under the RCMP to determine classifications.”

While the Liberal campaign calls it a buyback, gun rights advocates call it confiscation. But Brown says, theoretically, the government could ban a category of weapon and then take them from owners without compensation.

“Of course, a buyback is more palatable.”

The Liberal spokesperson said further details regarding the cost of the buyback program will be released over the course of the campaign.

Finally, it’s simply not known how many municipalities would enact a handgun ban if empowered to do so by the federal government. Some big-city politicians, including Toronto Mayor John Tory and Vancouver Mayor Kennedy Stewart, have called for a ban, but it’s not clear how widespread that sentiment is across the nation.

It is, to the best of Brown’s knowledge, the first time a federal government has proposed handing over responsibility for regulating a category of guns to municipalities.

But critics say banning handguns will have little effect on gun crime. The Canadian Association of Chiefs of Police are not supportive of a handgun ban, arguing most handguns used in crimes are already illegal, and a ban on something already prohibited makes no sense.

The AR-15 gets a lot of public attention because it’s been used in a number of mass shootings, including those in Orlando, Las Vegas, Parkland, Fla., and Newtown, Conn., but it is only one among a group of firearms called semi-automatic rifles that fire once each time the trigger is pulled. Manual action firearms require that shooters use a mechanism to reload after each discharge. Fully automatic guns, long prohibited in Canada, will continue to fire as long as a trigger is pulled.

It was shooters using semi-automatic rifles who killed 14 women at Ecole Polytechnique in Montreal in 1989 and 50 people in Christchurch, New Zealand in March.

Brown contends that many semi-automatics that are based on military gun designs are now marketed as sporting rifles and have become popular among sport shooters and hunters.

Canada’s chiefs of police began arguing for all semi-automatics to be classified as restricted weapons since 1977, calling them “instruments of war” that have “no sporting use.” Several times since, the CACP have warned about their proliferation and urged a ban.